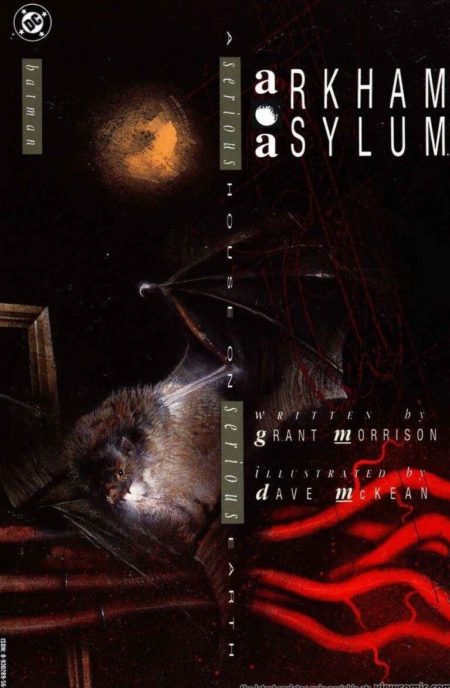 As these things often go, my first real exposure to comics as a medium came because I was in the right place at the right time.

The right place was the Spaced Out Library in downtown Toronto. The world-class genre holdings of the city’s public library are now known much more formally as the Merril Collection of Science Fiction, Speculation and Fantasy, and they’ve been relocated to a friendly, modern, light-filled building down the road, but back then they were crammed into a small brick building, across the street from the engineering buildings and next door to the main physics building of the University of Toronto—in other words, ideally located for engineering physics majors like me.

I was in the library mostly for science fiction paperbacks to stash in my backpack for my commute, and to curl up in an armchair between classes as I worked my way through all the Tolkien in the stacks. But one day I happened to notice that they had a small and growing collection of graphic novels.

Unbeknownst to me, a quiet revolution was happening in comics. The first was in distribution — more and more comics were being sold in dedicated stores, rather than from racks at newsstands. These new distribution models changed the economics of the industry, which meant that publishers could take greater risks: with the content, but also with manufacturing. Print quality improved drastically: smooth bond paper instead of fibrous newsprint, high-quality printing replacing the limited four-color palette, and the earliest digital art.

I had never read comics as a child; Marvel and DC universes had little hold on my imagination, and I didn’t know anything about Batman beyond the big-budget movies. But looking through 1989’s Arkham Asylum: A Serious House on Serious Earth (writer Grant Morrison drew its subtitle from a Philip Larkin poem, a detail that would have been absolutely lost on me then) was like being in the pull of a naked gravitational singularity. Not just Dave McKean’s gorgeous paintings, but especially his photocollages, like Cornell boxes on the page, bones and clock movements and lace and red thread. The illustrations were overlaid by lettering of Gaspar Saladino, who used different styles for the different characters, a technique that’s commonplace now but was ground-breaking then. Page after page made it absolutely, utterly clear to me that this was something I’d never seen before: not just an entirely different aesthetic vocabulary, but a completely new language. It was the first graphic novel I ever bought. I remember fretting about the cost of the hardcover, and I’m sure I had an extra week of ramen dinners that month, but it was a portal to another world.

Special thanks to Douglas Wolk, who capably and swiftly answered my questions about the technological changes behind comics in the 1980s and 1990s.