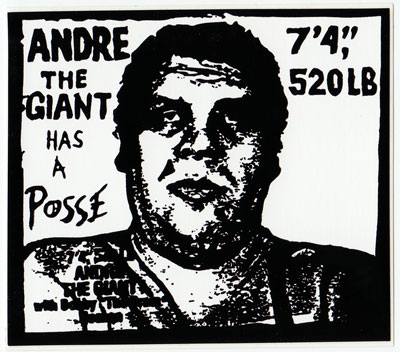 I’m not saying that there wasn’t a Generation X. However, that term was first adopted and popularized by men and women born between 1954 and 1963. The Original Generation X, as I’ve dubbed that cohort, regarded themselves as an unrecognized (i.e., “X”) generation because until very recently they were lumped in with their immediate elders, the Boomers — even though most OGXers were too young to participate in, or remember, the Boomers’ coming-of-age decade: the Sixties. To be a Gen Xer, then, is to be a resentful younger sibling of the Blank Generation. Those of us born from 1964-73 don’t fit the bill. 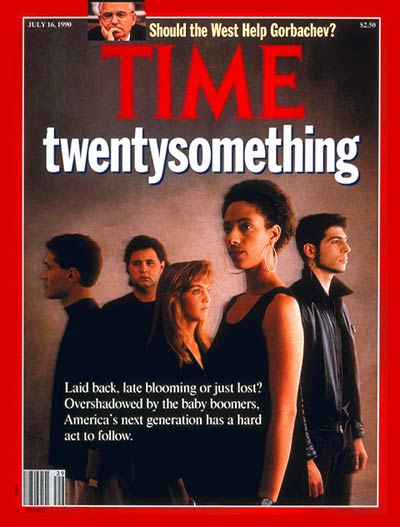 As a direct result of mis-periodization, those of us born between 1964 and 1973 never developed generational consciousness. Worse, the mis-periodizers seized upon the confusion they’d caused, and tsk-tsked the youth of the Eighties and Nineties for not being a coherent generation. The generation supposedly born between 1961 and 1972 “possess only a hazy sense of their own identity,” according to an influential 1990 Time story on “twentysomethings.” (Then, in 1997, Time claimed that “Generation X” was born between 1965-77. Whose sense of generational identity is hazy?) Neil Howe and William Strauss’s influential Generations (1991) and 13th-Gen (1993) claimed that the post-Boom “13ers” were born between 1961-81. However, in their 1997 book The Fourth Turning, Howe and Strauss would make a half-confession: “Compared to any other generation born in this century, [the 13th generation] is less cohesive, its experiences wider and its culture more splintery.”

Hazy sense of generational identity, splintery culture — and on top of that, when the 1964-73 cohort were undergrads, deconstructive theory was all the rage in humanities departments. Small wonder, then, that this cohort’s collective disposition is accommodationist — i.e., in the cognitive-development, not the political sense of that term. The 1964-73 cohort shares, that is to say, a marked tendency to brood over taken-for-granted cultural, political, social, and philosophical forms and norms, not rejecting but self-consciously remixing these fragments into innovative new patterns. In honor of the 1964-73 cohort’s post-deconstructionist capacity for accommodationism, I’ve named it (us) the Reconstructionist Generation.

The Reconstructionist predilection for brooding over fragments can be glimpsed:

* in second-generation hip hop’s (not to mention the Beastie Boys’, Beck’s, and DJ Spooky’s) frenetic sampling

* in the playful overdetermination of Wes Anderson’s set design

* in Jonathan Lethem’s early literary mashups, and his recent essay on “the ecstasy of influence” 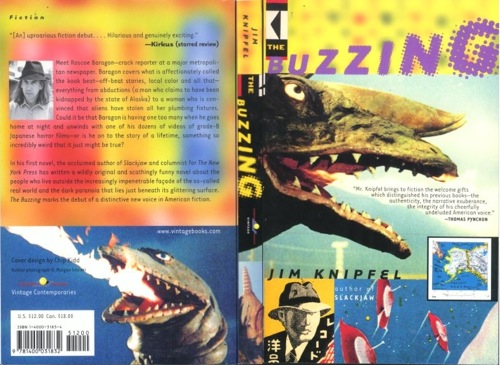 * in the magpied art, design, and cartoonistry of Shepard Fairey, Chip Kidd, and David Rees

* in the torn-up visuals of South Park

* and even in the paranoid style of J.J. Abrams and Dan Brown. 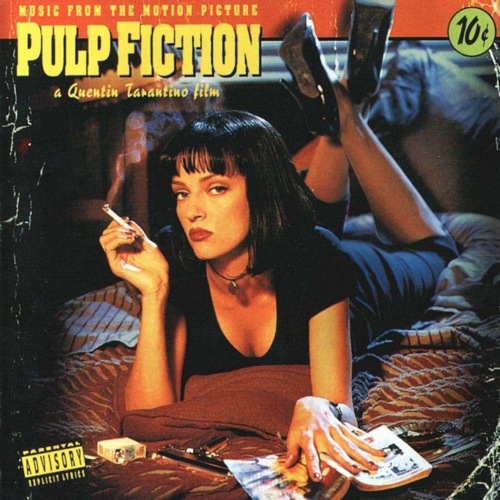 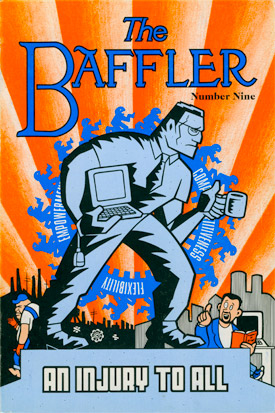 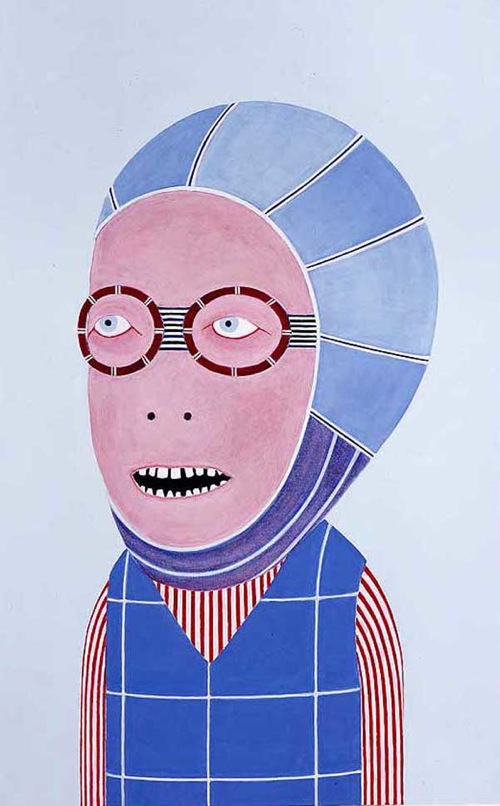 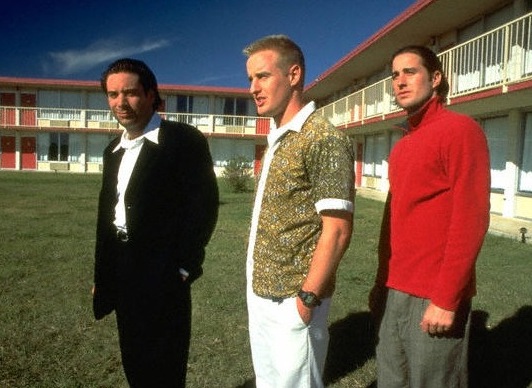 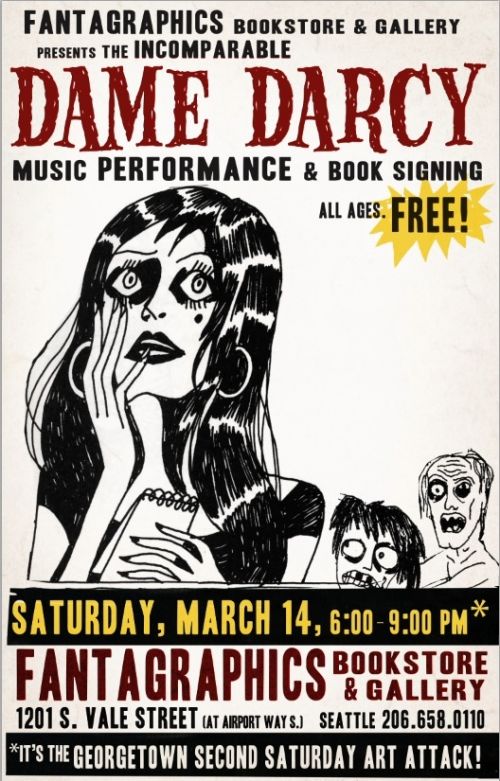 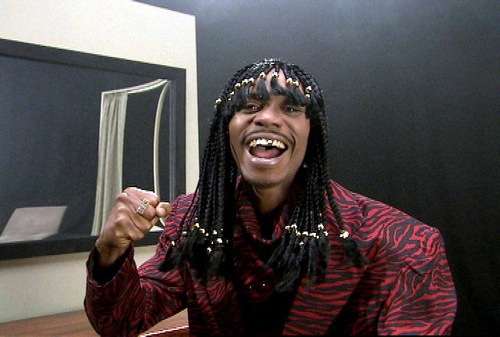 Personal computers entered the market in 1977, with RadioShack’s TRS-80, Commodore’s PET, and Apple’s Apple II. In 1981, when the oldest members of the Reconstructionist Generation (1964-73) were turning 17, IBM introduced its PC; in ’84, when the youngest Recons were turning 11, Apple introduced the Macintosh. Reconstructionists are a technologically nimble generation — not just adept at using software, but creating and manipulating it. 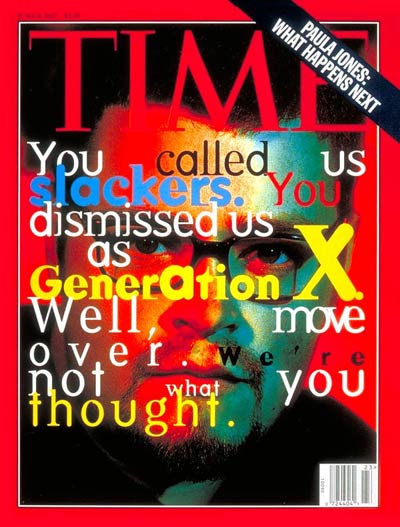 As Time would point out in a “Whoops! We were wrong!” cover story in 1997, the former “twentysomethings,” now called “Generation X”) were “flocking to technology start-ups.” During the dot-com boom of the Nineties (1994-2003), Reconstructionists founded the following websites, publications, and services.

FWIW, the one and only music genre pioneered by Reconstructionists (gangsta rap, new-school and alternative hip hop, grunge, nu metal, alt-rock, jungle were developments of music genres pioneered by Boomers and OGXers) is electronic/techno music.

* Stephen Malkmus: “We grew up listening to the music from the best decade ever/Talking about the A-D-D’s”

* The so-called Culture Wars. During the Eighties, a dramatic polarization transformed US politics and culture. Society split into two warring camps — defined not by nominal religion, ethnicity, social class, or political affiliation, but rather by ideological world views. All of a sudden, there were only two positions that one could take on hot-button issues (e.g., abortion, gun politics, privacy, homosexuality, censorship): either orthodox or progressive. At the same time, the term “political correctness” was first used by conservatives as part of their challenge to university curricula and teaching methods. And during this same period, deconstructionist theory — which pursues the meaning of a text to the point of undoing the oppositions on which it is apparently founded, and to the point of showing that those foundations are irreducibly complex or impossible — gained ascendancy in college and university humanities departments. Our cohort’s mission is post- but not anti-Deconstructionist. 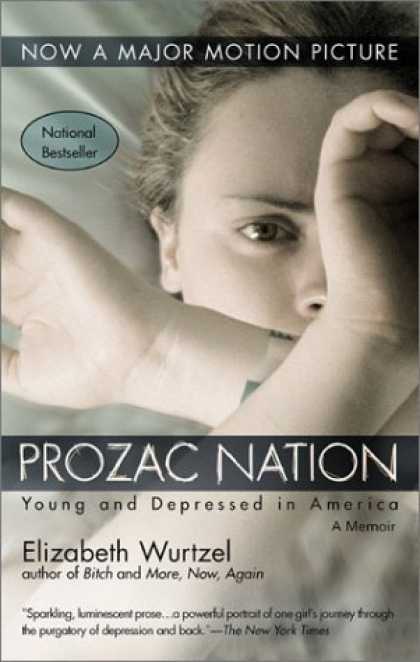 * In 2008, the list of Reconstructionist memoirs of which I was aware included: Elizabeth Wurtzel’s Prozac Nation (1994); Jenny McCarthy’s Jen-X: Jenny McCarthy’s Open Book (1997); David Bennahum’s Extra Life (1998); David Eggers’ A Heartbreaking Work of Staggering Genius (2000); Jennifer Lauck’s Blackbird: A Childhood Lost and Found (2001); Toby Young’s [honorary Reconstructionist] How to Lose Friends and Alienate People (2001), Lauck’s Still Waters (2002); Augusten Burroughs’ Running With Scissors (2002); Stephen Glass’ The Fabulist (2003); James Frey’s A Million Little Pieces (2003); Dito Montiel’s A Guide to Recognizing Your Saints (2003); Bo Peabody’s Lucky or Smart? (2004); Marjane Satrapi’s Persepolis: The Story of a Childhood (2004); A.J. Jacobs’ The Know-It-All: One Man’s Humble Quest to Become the Smartest Person in the World (2004); Lauck’s Show Me the Way (2004); Alison Smith’s Name All The Animals (2004); Sean Wilsey’s Oh the Glory of It All (2005); Chuck Klosterman’s Killing Yourself to Live (2005); Noah Baumbach’s 2005 movie, The Squid and the Whale; Elizabeth Gilbert’s Eat, Pray, Love (2006); Jen Lancaster’s Bitter is the New Black : Confessions of a Condescending, Egomaniacal, Self-Centered Smartass, Or, Why You Should Never Carry A Prada Bag to the Unemployment Office (2006); Susanna Sonnenberg’s Her Last Death (2007); Shalom Auslander’s Foreskin’s Lament (2007); Jen Lancaster’s Bright Lights, Big Ass: A Self-Indulgent, Surly, Ex-Sorority Girl’s Guide to Why it Often Sucks in the City, or Who are These Idiots and Why Do They All Live Next Door to Me? (2007); A.J. Jacobs’ The Year of Living Biblically: One Man’s Humble Quest to Follow the Bible as Literally as Possible (2007); Dan Kennedy’s Rock On (2008); Toby Young’s The Sound of No Hands Clapping (2008), Margaret B. Jones/Margaret Seltzer’s Love and Consequences (2008); Kirk Cameron’s Still Growing: An Autobiography (2008); Ayaan Hirsi Ali’s Infidel (2008); and, of course, Tori Spelling’s sTORI Telling (2008).

The following list is a very brief sampling of memoirs, written by members of the same generational cohort, published since 2008: Sarah Palin’s Going Rogue: An American Life (2009); Andre Agassi’s Open (2009); Wil Wheaton’s Just a Geek: Unflinchingly honest tales of the search for life, love, and fulfillment beyond the Starship Enterprise (2009); Gretchen Rubin’s The Happiness Project: Or, Why I Spent a Year Trying to Sing in the Morning, Clean My Closets, Fight Right, Read Aristotle, and Generally Have More Fun (2009), Darin Strauss’ Half a Life (2010); David Rakoff’s Half Empty (2010); Hoda Kotb’s How I Survived War Zones, Bad Hair, Cancer, and Kathie Lee (2010); Jim Breuer’s I’m Not High: (But I’ve Got a Lot of Crazy Stories about Life as a Goat Boy, a Dad, and a Spiritual Warrior) (2010); Ricky Martin’s Me (2010); Elizabeth Gilbert’s Committed: A Skeptic Makes Peace with Marriage (2010); Portia De Rossi’s Unbearable Lightness (2010); Steven Adler’s My Appetite for Destruction: Sex, and Drugs, and Guns N’ Roses (2010); Marion Jones’ On the Right Track: From Olympic Downfall to Finding Forgiveness and the Strength to Overcome and Succeed (2010); Rob Sheffield’s Talking to Girls About Duran Duran: One Young Man’s Quest for True Love and a Cooler Haircut (2010); and Todd Bridges’ Killing Willis: From Diff’rent Strokes to the Mean Streets to the Life I Always Wanted (2010). Forthcoming: Josh Radnor’s One Big Blissful Thing (2011), Meghan O’Rourke’s The Long Goodbye (2011), Georgette Jones’ The Three of Us: Understanding My Mother, Finding My Father, and Growing Up with Tammy and George (2011).

ON THE POLITICS OF MIS- or DIS-PERIODIZATION

* In 1992, Ross Perot’s presidential campaign attempted to capture the youth vote by funding a libertarian generational front organization, Lead… or Leave, which was fronted by a couple of wealthy Reconstructionists, Rob Nelson and Jon Cowan, and which argued for the privatization of Social Security. Then there was self-proclaimed “economist and renowned Gen X’er” Meredith Bagby, a protegée of Perot’s and the author of 1998’s Rational Exuberance — a “post-partisan” manifesto that argued for the privatization of Social Security. Bagby said she was proud to be a member of Generation X, which she defined as those born between 1965-76. Why did she stretch Generation X so far into the 1970s? Because Bagby, who was born in 1974, is a generational carpetbagger. The so-called “Gen X” was a shibboleth to conjure with, and she wanted a piece of the action.

* In 1993, another suspect generational group, Third Millennium, announced that it had formed to represent the concerns of those Americans who’d been dubbed “twentysomethings” or “Generation X.” Its leaders claimed the cohort in question was born between 1961 and 1981. No wonder TM founder Richard Thau said: “The soul of Gen X is amorphous, intangible, elusive.” They had their dates mixed up! Not coincidentally, 13th-Gen coauthor William Strauss was a Third Millennium advisor; and Meredith Bagby was on its board; also, Lead or Leave’s founders helped craft the Third Millennium manifesto. Third Millennium is best known, these days, for lobbying Congress on behalf of those interested in privatizing Social Security. 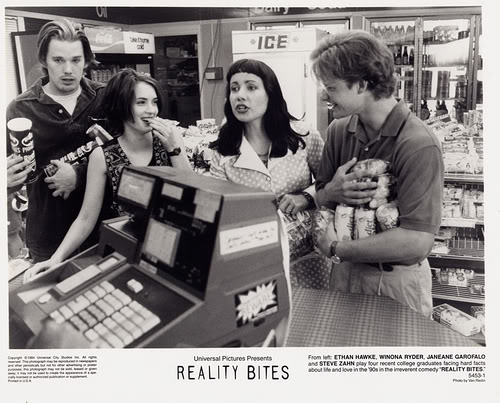