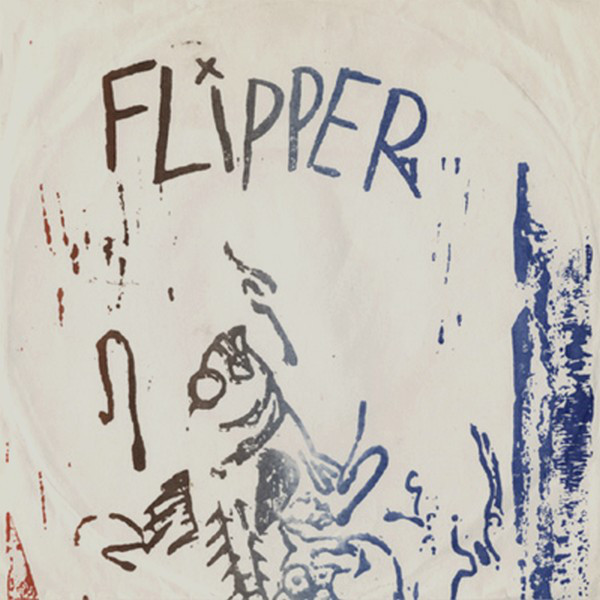 The winter of 1983–84 was one long night. It was a circle of wet, street-lit pavement on a median strip in Portland, Oregon. I was eighteen, living alone. I had a mattress, a table, no phone, a loaner boombox, and a few homemade tapes. The last song on the B side of one of them was “Sex Bomb.” That was how I first heard Flipper: alone, eighteen, rewinding “Sex Bomb” over and over and exploring it like a vivid dream. It was still everlasting night, but the circle of wet pavement widened out to a cavernous space with something in every part of it. Distant feedback, then bassline up front leaning against the wall. A bomb drops from the rafters, resolving into a wolf whistle. Snare and splash of a drum kit under a naked bulb. Scream-singer climbs something unsteady and trumpet-blasts while saxophones zigzag across the floor below. “Sex Bomb” was a party I wanted to get to.

I saw Flipper last fall on their 40th-anniversary tour, at the Middle East in Cambridge, in a room that had been a bowling alley when I was misspending my youth. I kept running into people I’d met over the years, at the long party that began for me in 1984: Jay from Kilslug, Jeffrey from Green Street Station, Jojo from 188 Brookline, Josh and Susan, Kristin, Chrises B. and N.

Will Shatter is long gone, and Bruce Loose can’t tour anymore. When Ted Falconi and Steve DePace called us to order with the opening squall of “The Lights, The Sound, The Rhythm, The Noise,” the lip of the stage thickened with bodies, and David Yow from the Jesus Lizard took up the mic. It was immediately clear that he was not just drunk but ominously, shamanically drunk. He merged with the crowd, a roadie holding his cord aloft, so that I couldn’t see him from where I was. A song or two in, everything stopped. Yow was down. For a moment I thought the set was over, and then they surged back to life.

Something was happening, but it was not a performance. Yow was not “being” Shatter or Loose; he was possessed, a spirit enacting a journey across a dark ocean that stretched from then to now. When it seemed like he could not possibly go on, he turned to Falconi and they embraced, and then they began again. Yow stayed standing until “Sex Bomb,” when it was time to turn it over to the crowd. There, suddenly at center stage, was a young trans woman I’d been tracking in the corner of my eye all night, stalking the room alone and fierce in a schoolgirl skirt — waiting, perhaps, for this moment when she turned her head to the side and yanked up her shirt and we beheld her beautiful new tits.