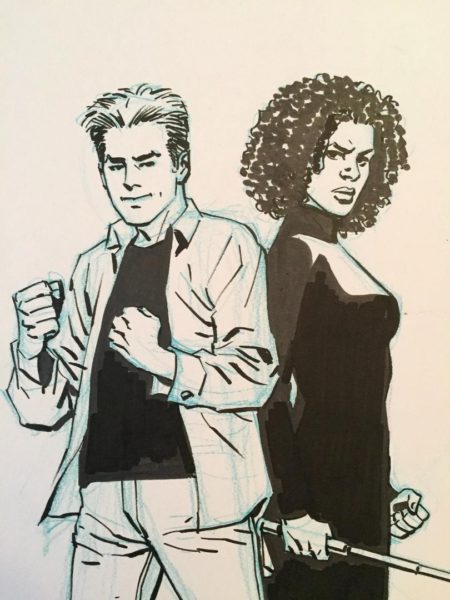 Black women are in style these days. I am 42 and I am typing on a screen at 175% magnification because I do not have health insurance. But apparently, I do have a responsibility, to what is commonly referred to as “my people.”

I’ve also been charged with educating “white people.” Reminding them of the performance of their own ignorance, which, admittedly, I relish, but alas, I am not compensated for appropriately. Hashtag, do what you love. Despite the monetary ratchetry, the compulsion remains — if only as a safety valve for the rage I feel 87.346% of the time. I promise that this is about Agent 355, whose name, if I recall correctly, was never revealed during the run of Brian K. Vaughan and Pia Guerra’s Y: The Last Man (2002–2008).

When I first came to New York, in the early 2000s, I lived off the Q train, so I was most confident in two primary destinations: Times Square and Union Square. These stops were mercifully adjacent to Forbidden Planet and Midtown Comics, respectively. Before I secured employment, I would often spend hours reading, standing in the aisles, unmolested. Ex Machina, The Walking Dead (which quickly became so woefully dystopian, that I feared it might influence my own actual depression), Rex Mundi — which never resolved(?), Incognegro, and also, Y: The Last Man. Certainly I bought this trade because it featured a badass black chick sporting dreads about the same length as my own. Plus, she possessed this extendable rod weapon that introduced me to “THINK” as an onomatopoeia. Years passed. My hair grew. And so did Agent 355’s. Queer apparently, but also in love with the Last Man himself, Yorick Brown.

Notorious B.I.G opined “Somebody’s gotta die,” which made Agent 355’s third-eye-blinding so heart-wrenching. Love, unrequited. Dressed in a smartly tailored and sexy cocktail dress, this was supposed to be the moment of resolved embrace. A capitulation of romance. Submission to all the feelings built by the quest of the entire Saga. So, of course, the black woman was the sacrifice — American style.

Our dreadlocks were the same length.

As I reflect on Michelle Obama and her imminent triumph as the author of the highest-selling autobiography in publishing history, or the blind and armless monuments of black womanhood on the High Line and at the Guggenheim, I marvel at our continued relevance in the promotion of basically anything that can be enhanced by the visual presence of black women, hashtag Dove Beauty.

Still, I wonder. After all of this political savior-ism that we embody, or the awed personification of resilience and black-don’t-crack-ery, à la Cicely Tyson, or this #blackgirlmagic and #blacklivesmatter and Oprah’s #bestLife that is now everyone’s mantra, will we still find ourselves in the sights of a sniper? Shot in the forehead? 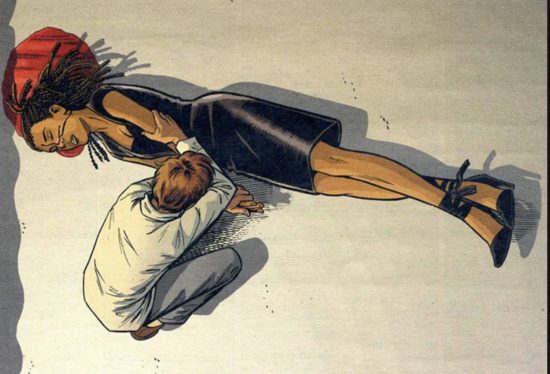 See All Posts by Kenya (Robinson)

I carry a #WHITEMANINMYPOCKET. I have often appeared in public with a box on my head, I sleep around, and consider myself an artist, socialite, and humanitarian. Others have called me a mischief-maker and shit-starter. I cop to all of these. Mostly though, I am an international southerner, using privilege as plastic material, to get into grown folks’ business...