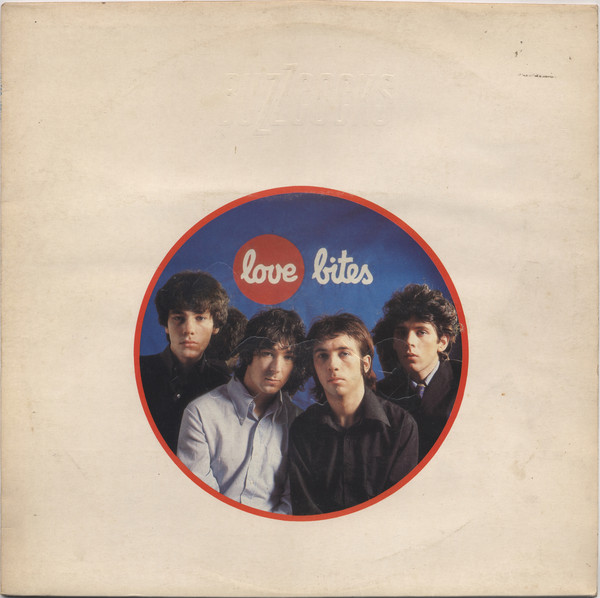 “What came first, the music or the misery?” asks the pop music-obsessed protagonist of Nick Hornby’s High Fidelity. “Nobody worries about kids listening to thousands – literally thousands – of songs about broken hearts and pain and misery and loss.”

Pop music might be wall-to-wall heartbreak and unrequited love, but it’s a punk song that captures it best.

In 1977, on an early Buzzcocks tour, Pete Shelley was watching Guys and Dolls on TV in a hotel room in Edinburgh, and was struck by this line — he describes himself as going through ‘self-discovery, shall we say’ and was thinking about his friend Francis, on the tour with them. He worked out the lyrics the next day while in waiting in their van, making the decision to be vague about the ‘someone’ in question. (Four years later, Shelley would first come to my attention, as a kid in Canada, with his top ten solo hit, “Homosapien”; it was banned by the BBC because of what they described as its explicitly gay content.)

Scott McCloud, in his book Understanding Comics, argues that as images become more and more simplified, photographs to icons, they not only shift from the concrete to the abstract, but also from the the specific to the universal. From a photorealistic image to two dots for eyes and a line for a mouth, the simpler the face, the more people it can be said to describe.

And if I start a commotion
I’ll only end up losing you, and that’s worse.

I spent nearly all of my formative years — from when I was ten until I was in my twenties – in academic environments that were mostly male. By the time I got to engineering school, most of my friends were men, and I fell in love with my share of them.

Most pop songs about unrequited love dwell closely on the specifics of one individual. But not this song: it’s driving, catchy, and, above all, repetitive.

Yes. Again and again and again. And the genius of this song is that it speaks to and captures them all. As Shelley said about his lyrics, “The only people they exclude are people who don’t know anything about love.”