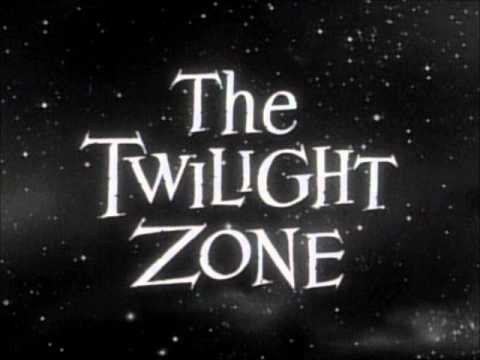 “I guess a third of the shows were pretty damned good,” creator and lead writer Rod Serling said of the 156 episodes of The Twilight Zone, TV’s most memorable exploration of identity disorder and existential displacement. “Another third would have been passable. Another third were dogs.” Most of the dog episodes were whimsies and tearjerkers, usually centered on professional sports, the very old, the very young, or Burgess Meredith. The “passable” covered almost anything to do with aliens, dolls and mannequins, or Nazis. But the pretty damned good, upon whose irreducible substance the show’s legacy rests, conjured a cosmos of fearsome possibility. Ships and airplanes got lost in non-linear time, or stuck in eternal recurrence (“The Last Flight,” “Judgment Night,” “The Odyssey of Flight 33,” “The Thirty-Fathom Grave”). Ordinary people were outwitted and outrun by their own doppelgängers (“Mirror Image”); terrorized by phone calls from the dead (“Night Call”); forced to watch as evidence of their existence vanished before their eyes (“And When the Sky Was Opened,” “Person or Persons Unknown”); or beckoned on by a gentle, smiling Death (“Nothing in the Dark,” “The Hitch-Hiker”).

You are not yourself. That catches the premise, implications, and lasting savor, both astringent and pulpy, of The Twilight Zone. Other four-word rubrics would also do: You are not here. Here is not here. This is not this. The show was that basic, whatever byzantine bad dreams fed it and were in turn fed by it. For we always knew, whatever the introductory imagery of deep space suggested, that this “zone” was not some inconceivable nexus light years away. It was your house. It was the foyer. It was a bed, a window, a mirror. The commonest environment, the blandest approximation of middle-class comfort, held a gateway to derangement, an unbounded echo chamber of uncertainty. And it was all grounded in the Formica countertop, the antiseptic hospital hallway, the cut-rate modernism of a suburban home. If the show’s claim to novelty is that it used banality to tap into every universal fear, its claim to cultural greatness is that the tap still flows, between us and the tube, the instant we hear that music, spot that “signpost up ahead,” and enter that world, reassuring in every external, which will be revealed as a place we would do anything to escape.