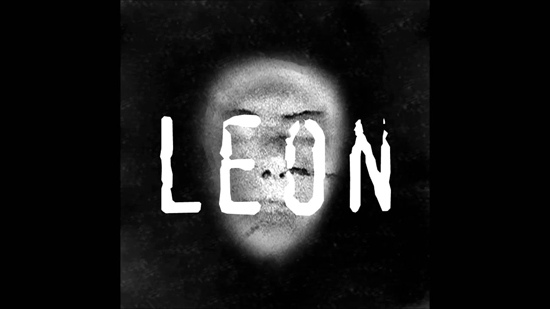 David Bowie had a rich shadow canon — scrapped soundtracks and screenplays, an unfinished autobiography, musicals abandoned for later scavenging. Always maintaining a plan A, B and C, he dwelt in particle probability, each of his realized projects being the opportunity seized by whatever self survived the collapse. The most elusive of the ones that didn’t make it may in fact be the one he completed: LEON, if that is its name.

And this might be because it was Bowie’s one attempt to breach the realities intentionally rather than dodge amongst them intuitively. In 1994 his slate was clear again, in a space between labels and personas, and with Brian Eno he set off in search of a towering might-have-been: their mutual inspiration Scott Walker, the pop idol turned pioneering recluse who had not recorded in a decade. Consciously constructing the album Walker “would have made,” they and an ensemble of musical collaborators (Reeves Gabrels, Mike Garson, Sterling Campbell, Erdal Kızılçay) put together three sprawling but self-contained suites of churning improvisation, obsessive incantation and minimal earworms with sharp teeth.

Compositional notions meander until a thematic vein is struck and worked at like a cadenced compulsion; narrative leaps along from the sinking continents of serial fragments. Bowie was widely seen at the time as having to reconstruct his own credibility, but LEON’s suites were the sound of him trashing the rest of his image and oeuvre and assembling a new city from the wreckage, its embryonic songs scraping and banging their way out of the egg.

The experiment finished, he then grew finished with it. Walker himself released a new album (the epochal Tilt, whose own blast waves would resonate for the decade ’til he did it again); no label wanted to try and sell such music from Bowie; and somewhere he remembered that he didn’t really want to be this much less than a star. So he cut a bunch of more catchy and structured art-pop songs, salvaged sounds and some narrative threads from what had just been done, and LEON became the shed skin of 1. Outside (1995), though it’s the latter that feels much more like the rough draft (or scrapbook).

LEON is a relatively un-lost work online (some leaked permutations being more intact than others), but no official release looks likely, even now; though preserved, it seems that LEON will never be claimed. And I do wonder if it was ever meant to be heard at all. This was an exercise, or maybe an exorcise; Bowie spending some time in the shoes of an artist he might have suspected he was in fact the shadow-self of, and standing firmly and in full light through the whole journey. The test footage, the qualifying round, the phantom town set up to weather the nuclear blast. Having blown through, it was once again safe for him to go outside.