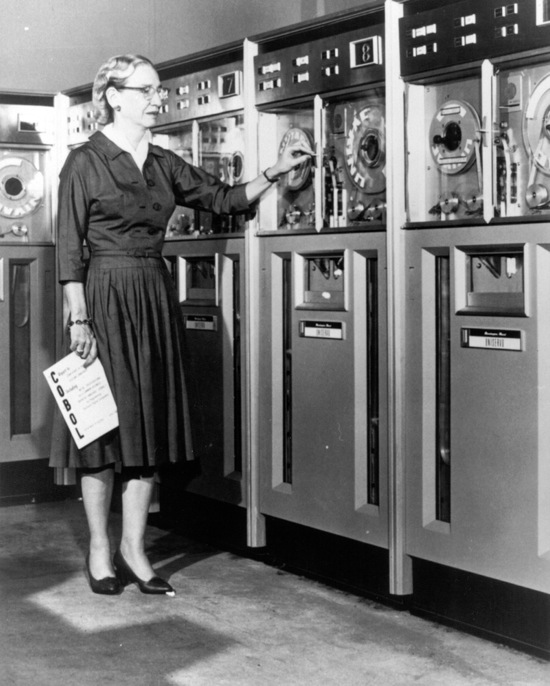 If you’ve done any computer programming in the last few decades, you probably have GRACE MURRAY HOPPER (1906-92) to thank. Among her many contributions to technology, Hopper was instrumental in defining COBOL, an early programming language for business applications. From a technical point of view, its primary innovation was that it was the first cross-platform language, designed to run on many types of hardware. But Hopper’s most significant impact on the world may have been the result of her belief that computer languages should be easy to read by humans, rather than easy to read by machines. Writing in assembly language or machine code is tedious and error-prone, and the process of debugging (a term Hopper is credited with popularizing) is even worse. Hopper insisted that COBOL be human-readable and, as such, it’s the precursor to most modern languages like Python, which are known and loved for their power and ease of use. Perhaps ironically for a lifetime Navy officer (she retired as a Rear Admiral), Hopper’s commitment to the human element in programming ushered in our current era of democratized software creation.

On his or her birthday, HiLobrow irregularly pays tribute to one of our high-, low-, no-, or hilobrow heroes. Also born this date: Redd Foxx.