The Kalevala is a sequence of folkloric songs, runes and charms from the Karelia region of Finland, collected in the field and concatenated into epic form by Dr. Elias Lonnrot. From 2016–2018, HILOBROW serialized James Parker’s bastardizations of Francis Peabody Magoun Jr.’s 1963 English-language Kalevala translation. James is continuing to tinker with the material; there have been dramatic performances; stay tuned for updates!

LAUGHTER IN THE WOMB OF TIME, OR: WHY I LOVE THE KALEVALA

In 1828ish an indefatigable hobbyist-ethnographer by the name of Dr Elias Lonnrot went into eastern Finland on a mission to collect songs. The songs he was after had never been written down: they were hundreds of years old, domestic-fantastic in theme, incantatory in style, transmitted via an irregular lineage of elderly rune singers, and subject to all the vicissitudes of human memory. And it was the words he wanted, not the tunes.

Of particular interest to Lonnrot were songs about an antique deity or magus or dirty old man called Vainamoinen, a recurring and equivocal character who sometimes had great powers and sometimes no powers at all. Over this and subsequent field trips Lonnrot loaded up with Vainamoinen runes, of which (he discovered happily) there was an abundance. “I have about five to six thousand verses of Vainamoinen runes alone,” he wrote in a letter in 1833. “I’ll not cease collecting runes until I get a collection of them which equals half of Homer.” 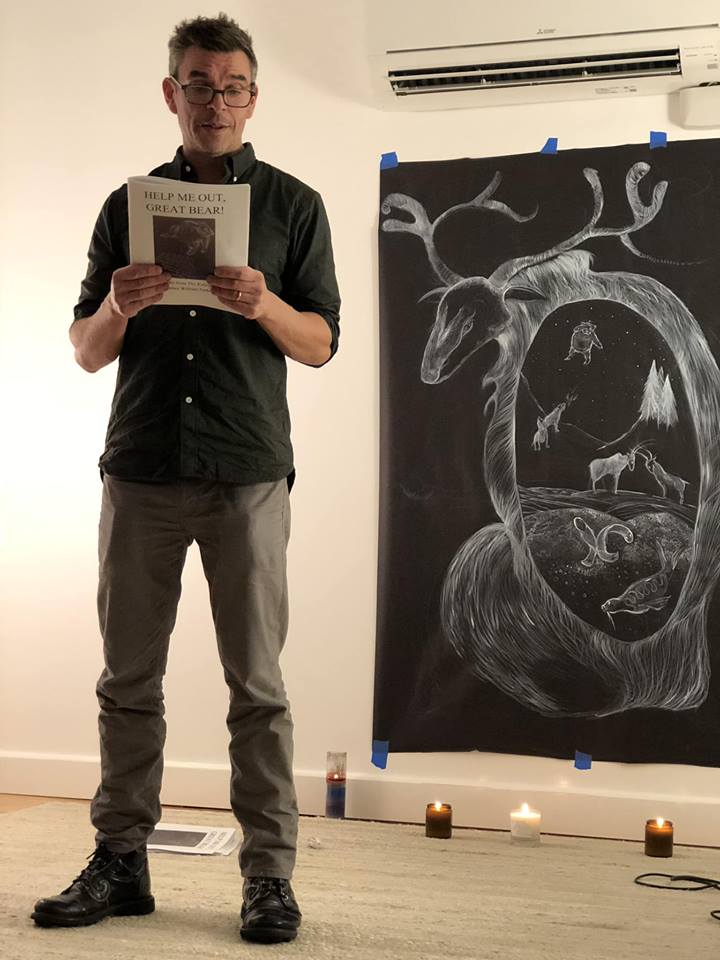 James presenting The Kalevala, October 2018
Other rune-cycles — the caperings of randy Lemminkainen; the tragedy of Kullervo — revealed themselves to Lonnrot as he plodded through the farmsteads and fishing villages, listening to and diligently transcribing the chantings of the scratchy old singers. And by 1834 he’d been on enough rune safaris, and had enough verses in the bag, to inaugurate the grand second phase of his opus: the pulling-together of all of these stray story-bits and half-related themes into a single rolling super-story, a mighty poem which he would call the Kalevala.

Very old, and quite new. Lonnrot was curating some ancient — primordial, in some cases — materials, but he was also engaged in one of the quintessential modernist enterprises: the gathering and harnessing (and using-up) of a vanishing folk world. You could say he was on the cutting edge here, ahead of Bartok, Kodaly, Kipling, Yeats, TS Eliot…. And his mission was the mightiest of all: to give his country its own epic. Lonnrot, in his modestly maniacal, nineteenth-century way, really did want to be Finland’s Homer. 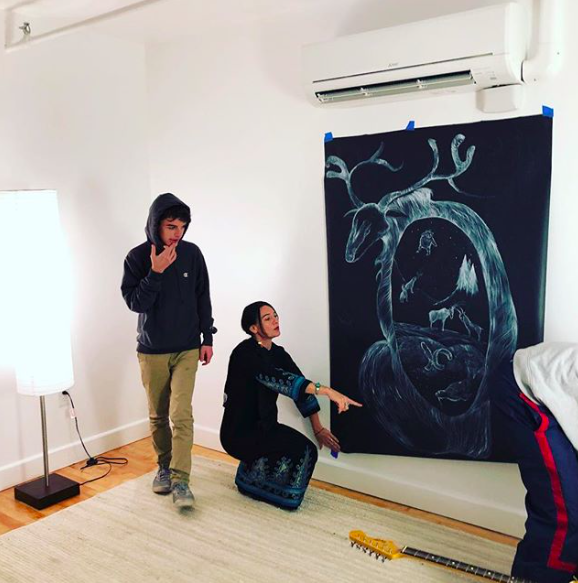 Did he pull it off? Is the Kalevala is an epic? Not really. It’s a sprawling and dream-like miscellany, a lovely old rattle bag of charms, curses, laments, shamanic hallucinations, creation stories, health remedies, farming tips, song-battles, tribal scuffles, Jungian symbology, sexy picaresque and prehistoric slapstick. It’s not the Iliad. It’s more fun.

As for me, I’ve been working on my own bits-and-pieces Kalevala for years. It’s not a translation, or an adaptation, more a sequence of liberties taken. I’m happy calling it a bastardization.

And why am I fiddling about at all with this chunk of Finnish dreamtime? Because the Kalevala — “a latecomer to world mythologies,” as Prof. Verlyn Fiegler politely puts it — still feels wonderfully unprocessed and uninterpreted and temptingly raw and open to molestation. Even to a non-scholar, different strata of consciousness are clearly discernible: some of the stories feel old, old, immeasurably old, close to the fossil fuel of the imagination. Others, like the short and terrible tale of Kullervo — Iggy-esque disaster area, the world’s forgotten boy, the one who searches and destroys — seem to crashland us into modernity.

I have mucked around with all of it; kept the mood, I hope, and the bones of the story; no doubt lost both in places. But that’s OK. Because this is folk music, and the point about folk music is that you do what you want with it.

PS: On April 25, during the Coronavirus shut-in, a dozen or so friends of HILOBROW performed a dramatic Zoom reading of several of James’s Kalevala pieces. Click here to view a recording of the (sometimes glitchy) reading. 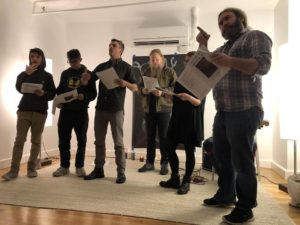