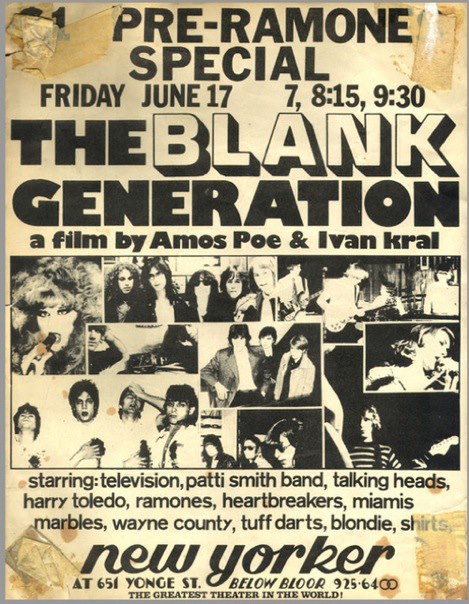 Members of the generational cohort born from 1944-53 were in their teens and 20s during the Sixties (1964-73, not to be confused with the the 1960s), and in their 20s and 30s during the Seventies (1974-83). Though this cohort is easily distinguished from its immediate juniors (whom I’ve dubbed the Original Generation X, born 1954-63), for some reason the influential middlebrow pop demographers William Strauss and Neil Howe lumped the two cohorts together and called them, collectively, Baby Boomers.

What’s admirable or interesting about most of these members of the 1944–1953 cohort stems from their rejection, not only of previous generations’ values, but of their own generation’s traits. Almost all of the truly interesting so-called Boomers, that is to say, are in fact anti-Boomers. Like a race traitor, who supports attitudes or positions thought to be against the interests or well-being of his or her own race, these “generation traitors” rejected Boomer privilege and identity.

I’ve borrowed this cohort’s moniker from the title track of The Voidoids’ 1977 debut album; it perfectly captures the anti-Boomer tendency within the so-called Boomer cohort: the “Blank Generation.” (BTW, “The Blank Generation” is a parody of a 1959 novelty song, “The Beat Generation.”) I realize that Richard Hell was talking about a disaffected subculture, not a demographic; but of course, every so-called generation in my schema is characterized less demographically than culturally.

My generational periodization scheme has been known to rub people the wrong way, particularly when it comes to the so-called Boomers. Here’s the argument I’ve heard: “Boomer is a term used to describe someone born during the demographic post-World War II baby boom, which the United States Census Bureau tells us started in 1946 and ended in 1964. Why do you insist that the Boomer generation (a) begins before WWII ended, and (b) ends a decade before the end of the baby boom? The Census Bureau proves you wrong!”

Last point first: The Census Bureau does not involve itself in defining generations. And when it comes to defining generations, I’m hardly alone in balancing demographics with cultural factors. In fact, even Strauss and Howe’s start and end dates for the Blank Generation don’t adhere slavishly to the Census Bureau’s birthrate statistics: they claim the Boomers were born from 1943-60. Generational periodization is as much an art as it is a science. ’Nuff said.

The argument over whether the Blank Generation starts in ’43 or ’44 is tricky. I don’t agree with Strauss and Howe’s start date — which would require us to think of Anti-Anti-Utopian outfits like Monty Python and the Rolling Stones as Blanks. However, in my scheme, years ending in a “3” or “4” are generational cusp years. So a few people born in ’43 — e.g., Chevy Chase, Todd Gitlin, David Geffen — are Blanks; meanwhile, a few born in ’44, — e.g., Angela Davis, Sly Stone, Bill Griffith — are Anti-Antis. To be born in a cusp year means to experience a (productively) divided generational consciousness. (George W.S. Trow, author of Within the Context of No Context, every line of which expresses the author’s sense of having been born too late, was born in ’43. And Bill Griffith’s Zippy strip represents its author as a divided consciousness.) Still, the Blank Generation’s start date is no later than ’44. George Lucas, Lorne Michaels and Steve Martin, Michael Douglas and John Lithgow, and members of second-wave British Invasion bands like Led Zeppelin and Cream were born in ’44 and ’45 — and they’re Blanks, without a doubt.

Fewer and fewer people, these days, agree with either the Census’ end date for the so-called Boomers (’64) or Strauss and Howe’s end date (’60). I first argued that two distinct generations were born during the demographic birth boom of 1946-64 back in ’92, in the pages of Hermenaut. I’d picked up the idea from older cultural commentators — like the zinester Candi Strecker, who’d dubbed those (like herself) born between the mid-’50s and mid-’60s the “Repo Man Generation.” More recently, a marketing consultant named Jonathan Pontell has persuaded middlebrow journalists that a “Generation Jones” was born from 1954-65. And as you’ll recall, during his election campaign, Barack Obama (born 1961) got pundits debating the Blank Generation’s parameters when he insisted that he wasn’t a Boomer. So the Blank Generation ends short of the boom itself; but how short, is the question.

According to my absurdist yet correct periodization scheme, the break between the Blanks and the Original Generation X happened in 1953-’54. This accounts for the heightened generational consciousness and anti-Boomer animus of Kurt Andersen and Alex Beam, to name two cuspers born in ’54. But enough, until the next installment of this series, that is, about the Blanks’ juniors.

Pundits — beginning with Christopher Lasch — have described the so-called Boomers as a “narcissistic” generation, but that’s too pejorative. I’d suggest that the most striking feature of this generational cohort is its imaginative suggestibility. I borrow the phrase from psychologists who study “responsivity to suggestion without hypnosis,” which is to say one’s capacity for self-hypnotizing. Imaginative suggestibility arises out of a particular constellation of psychological traits: absorption (the ability to immerse oneself whole-heartedly, and without irony, in whatever it is that one is into, at that moment, only to drop it one day and quickly get absorbed in something else), fantasy-proneness (a marked tendency to frame one’s own life in a mythical register), hysteria-proneness (a tendency towards emotional excess), and empathy (the capacity not merely to understand the pain of others, but feel it). Doesn’t that sound like the Blanks?

Suggestibility isn’t necessarily a good thing: for example, Thomas Frank’s 1997 book, The Conquest of Cool, persuasively argues that even the Blanks’ counterculturalism was inflicted on them by the dominant culture. However, were it not for their suggestibility, the Blanks might not have followed the lead of Anti-Anti-Utopian elders like Gloria Steinem, Abbie Hoffman, Eldridge Cleaver, Ken Kesey, Michael O’Donoghue, Woody Allen, Elvis, Tina Turner, George Clinton, Aretha Franklin, Bob Dylan, The Beatles, and The Velvet Underground — thanks to whom, if you ask me, the Blanks’ influence was, briefly, world-historical.

The Blanks’ fantasy-proneness explains why they found comic books so engrossing, during their early formative years. As adults, they continued to see themselves as superheroes. The first major superhero feature film was Superman (1978), starring Christopher Reeve (a Blank); and subsequent comics-inspired movies were also Blanks-oriented: from Tim Burton’s Batman (1989) to Dick Tracy (1990), Batman Returns (1992), and Batman Forever (1995). Jay Cantor’s 1994 novel, Great Neck, perceptively explores the Blanks’ generational proclivity for self-mythologization in a superheroic register. 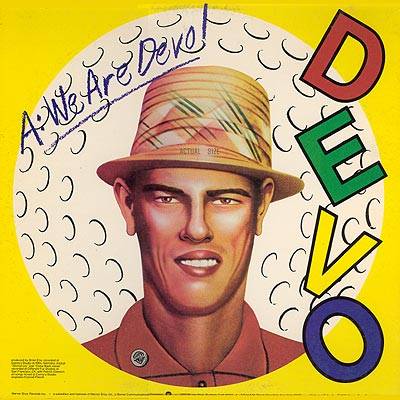 As for the punks, nobrow comics, glam rockers, metalheads, and refuseniks mentioned at the beginning of this post, what makes them so admirable is their unsuggestibility. Blanks like Alan Moore, Andy Kaufman, David Lynch, Geezer Butler, John Carpenter, John Waters, Kathy Acker, Lester Bangs, Octavia Butler, Reverend Billy, Richard Hell, and Slavoj Zizek made it their life’s mission to warn the rest of us about drinking the Kool-Aid. 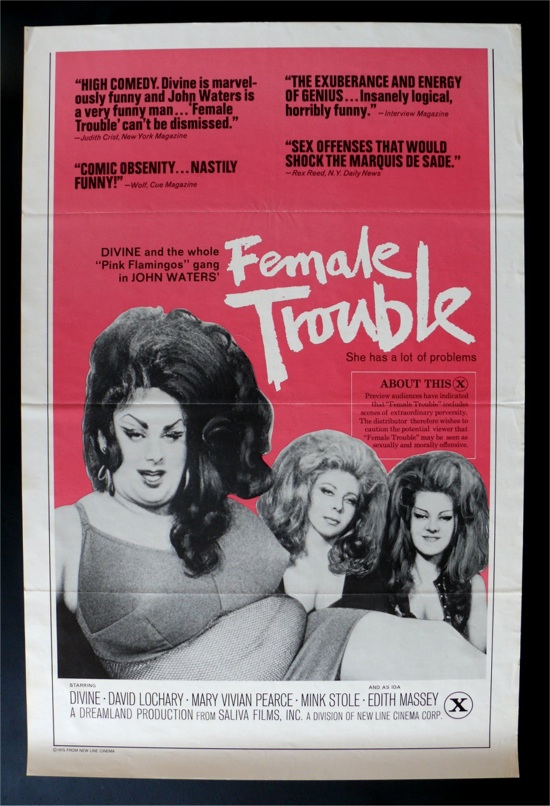 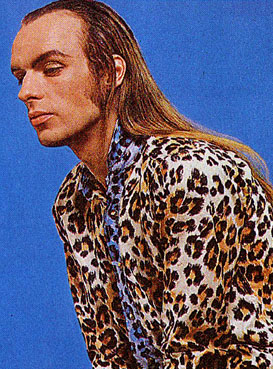 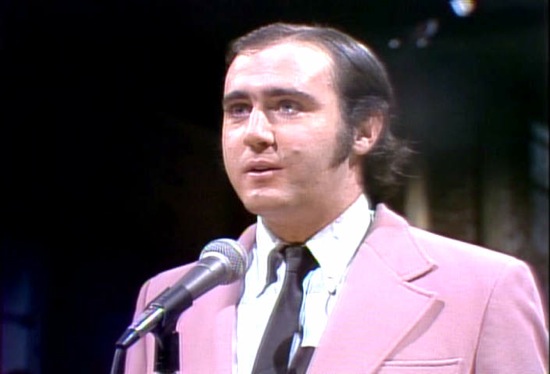 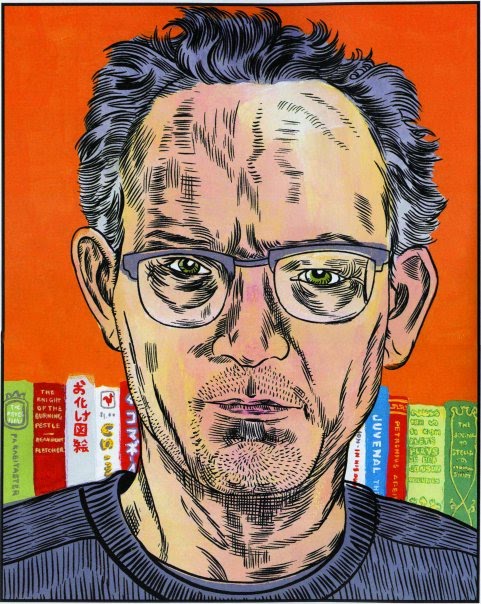 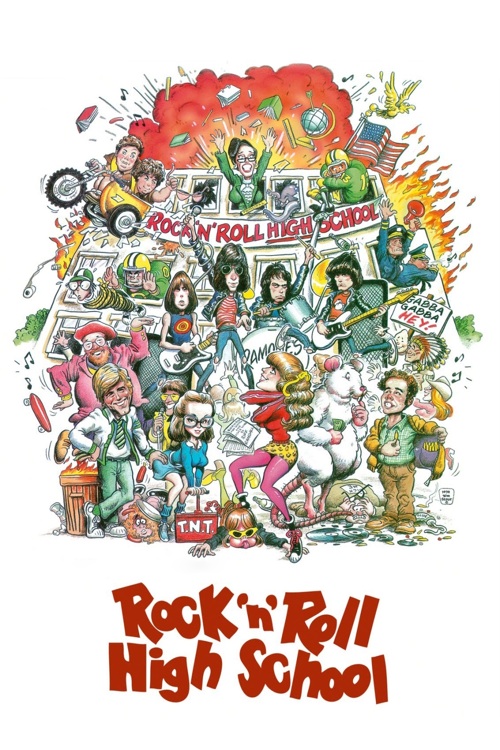