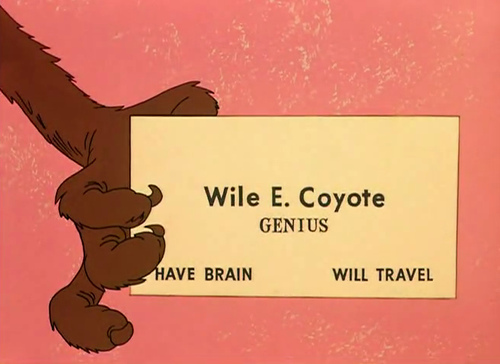 HiLobrow friend and contributor Chris Spurgeon recently launched a newsletter, titled Laws of the Universe, which encourages readers to grok his enthusiasm for “humanity’s slow but sure progress in figuring out how the world — the whole universe really — works. The following installment was first published in the Nov. 3 edition of Spurgeon’s newsletter.

Dunning-Kruger effect: The less competent an individual is at a specific task, the more likely they are to over-estimate their ability at that task.

Sure, ignorance is bliss. But being convinced you’re an expert at something, even though actually you’re ignorant — DAYUM — that’s the the best thing ever. People with poor abilities at some task can sometimes mistakenly believe that they are much more skilled at the task then they actually are. Examples of this are everywhere, from people who have never played a sport before, but just know they’ll be great at it, to people who’ve had one semester of French in high school, but have no doubt that when the plane lands in Paris they’ll be able to talk like a native. 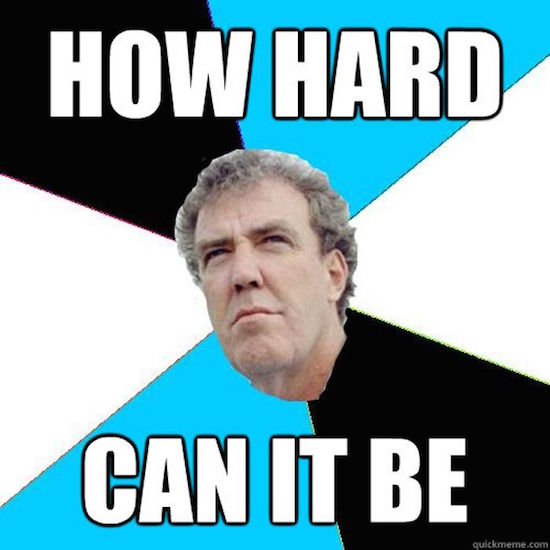 This phenomenon, known as the Dunning-Kruger effect, was a running gag on the BBC program Top Gear, where host Jeremy Clarkson routinely faced difficult to impossible automative challenges (e.g. drive a car to the North Pole) with an insouciant “How hard can it be?”.

More prominently, Republican presidential candidate Donald Trump has made a number of statements that fall into this category, such as his November 13th, 2015 statement, “I know more about ISIS than the generals do, believe me…” 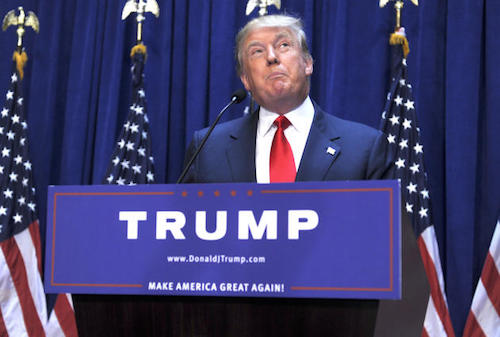 Cornell University psychologists David Dunning and Justin Kruger first studied this phenomenon in the late 1990s. Their work was partially inspired by the case of McArthur Wheeler, a man who robbed two banks in Pittsburgh in one day after covering his face with lemon juice in the mistaken belief that — because lemon juice is usable as invisible ink — it would prevent his face from being recorded on surveillance cameras. Wheeler was arrested just a few hours after he performed the heists. When the police explained to Wheeler how they had used surveillance tapes to catch him, he replied, “But I wore the juice.”

Wheeler’s breathtaking lack of knowledge of… well, not just of the chemistry of lemon juice, but of pretty much common sense in general… should have deterred him from something as foolhardy as attempting two bank robberies in broad daylight with no disguise. But somehow it had just the opposite effect, giving him supreme confidence in his abilities and his plan.

Dunning and Kruger noted a number of traits in individuals such as Wheeler, people with little or no skill in a task, but who nevertheless are sure they’ll be great at it…

That third point — that someone suffering from the Dunning-Kruger effect can not accurately recognize a skill in others — is a key reason why that person thinks they are much better at some skill than they actually are. The victim of this effect has little idea of what true competence in a skill looks like. Because of that, it’s difficult or impossible for them to accurately judge their skill in relation to others. The very skill that they lack is the exact skill that they need in order to realize that they lack the skill.

There’s also the inverse Dunning-Kruger effect — people who are very skilled at a task routinely consider themselves less skilled than they actually are. The reasoning here is that a very skilled person may find an objectively difficult task easy to accomplish, and then subconsciously assume that if the task is easy for them, it must be easy for everyone. Therefore is no big deal. It’s one of the traits that can underly the so-called “Imposter Syndrome”, where accomplished individuals feel they are frauds and do not deserve their success.