LAWS OF THE UNIVERSE (6)

The distance a spring moves is directly proportional to the force applied.

MAN it would have been fun to be a scientist in the 17th century. Sure, it’d be a drag to catch syphilis and not be able to get rid of it, and it would really be a drag to die of smallpox, but we figured out so much stuff in the 1600s. Gravity! The nature of light! The gas laws! Microscopic life! Calculus! Hell, we figured calculus out twice!(*)

One of the many discoveries from back then, that’s still in wide use here in the 21st century, is a little nugget from the 1660s that states that the amount a spring stretches or compresses is directly related to the amount of force applied. You can see what I mean in this simple diagram. Add some weight to a spring, and it stretches a certain amount. Add twice the weight, and the spring stretches twice as far. 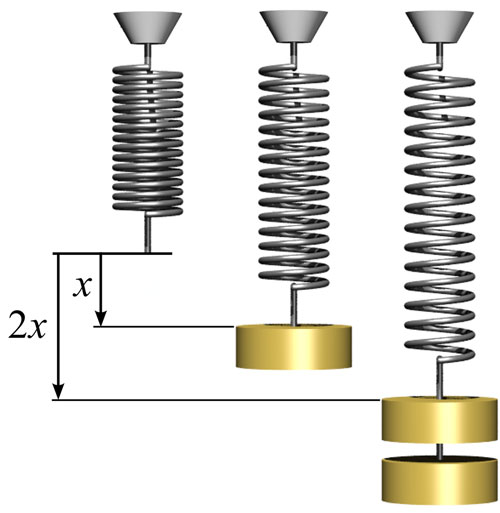 This linear relationship between the force applied to a spring, and the amount that a spring stretches (or compresses, or twists, or bends, or otherwise distorts) is known as Hooke’s Law.

It’s no surprise that Hooke’s law comes into play in things like bathroom scales, mechanical clocks and watches, and pogo sticks. But Hooke’s law doesn’t just apply to things that obviously resemble springs. Buildings and trees swaying in the breeze obey Hooke’s law, as do guitar strings when they’re plucked. Pretty much anything that’s deformable in some way can potentially be described by it.

But Hooke’s law doesn’t work in all situations. Exert too much force on a deformable object and you’ll reach a point where the object permanently alters shape. That point is called the elastic limit. If you pull a slinky so hard that it stays stretched out, or squeeze a loaf of bread to see if it’s fresh and leave a dent in it, you’ve exceeded the elastic limit. 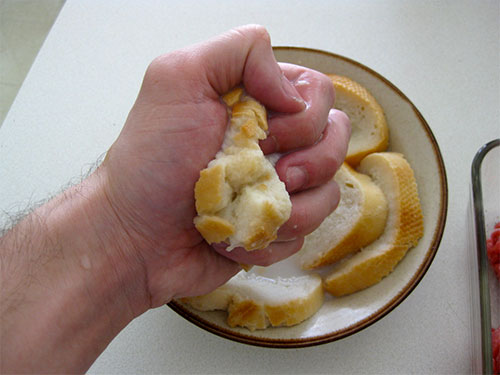 It’s very common for an object that’s deformable to only obey Hooke’s law for a small percentage of its total range of motion. For instance, the leaf springs in many cars and trucks obey Hooke’s law when you hit an average sized pothole, but don’t flex as much as you would expect when you hit something really massive. 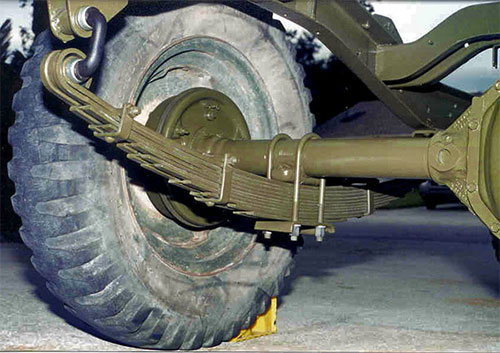 Despite those limitations, Hooke’s law finds wide application in manufacturing, engineering and science. Springs are pretty much everywhere in our lives. Which is a perfect excuse to talk about one of the oddest works of cinema ever created, the 1940 educational film A Case of Spring Fever… 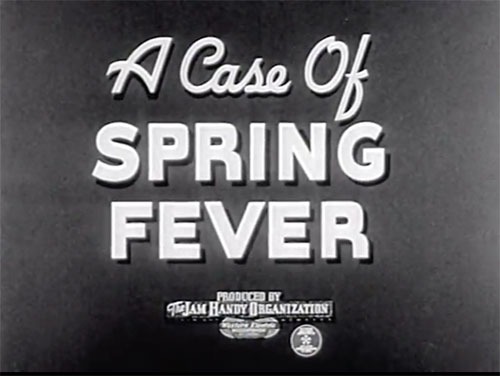 In this uniquely strange — and kind of creepy — short film, a man is having trouble fixing one of the springs in his couch(**) when he speaks the fateful words “I hope I never see another spring as long as I live.”

Immediately after our protagonist says that, a horrific little animated creature named Coily the Spring Sprite appears and grants his wish by making every spring on earth vanish. The man’s watch stops working, because it’s now missing a mainspring. He can’t close the door of his house, because the doorknob no longer has springs inside. He can’t drive his car, because the pedals no longer work. Each time the man discovers something else that’s broken, Coily cackles in glee and exclaims “NO SPRINGS!” 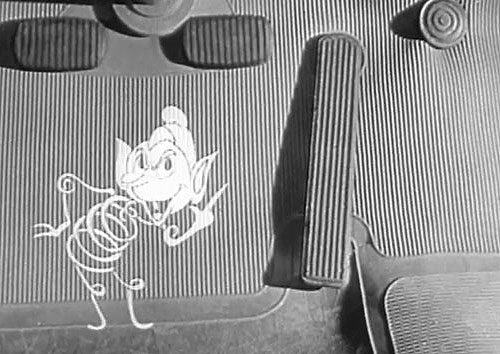 Needless to say, our hero now understands the horrible mistake he made by throwing shade on the springs of the world, and Coily — no doubt through some unspeakable satanic ritual — returns everything to normal.

Like some horrible alternative universe’s take on a Frank Capra film or Dickens’s A Christmas Carol, this bizarre movie is somehow supposed to make us appreciate the springs in our lives. If you want to watch it for yourself, it’s available online via the Internet Archives. But — and I can not stress this enough — do NOT watch it under the influence of hallucinogens.

Hooke’s law is named for Robert Hooke (1635–1703), one of the most prominent scientists of the 17th century, and also perhaps one of the most maligned. Hooke was a true polymath. He published the first book showing what the world looked like through the microscope(***), and he came up with the term “cell”. His thoughts on the origin of fossils presaged Darwin’s theory of evolution by 200 years. He was the official surveyor for the city of London and with his friend, architect Christopher Wren, rebuilt London after the Great Fire. He came up with the idea of using a swinging pendulum to drive clocks. He was a founding member of the Royal Society and its first curator of experiments. We’ve just scratched the surface of his accomplishments.

He was also, evidently, kind of a douchebag(****). Here are some of the terms biographers have used to describe Hooke. Despicable. Mistrustful. Vengeful. Unscrupulous. Suspicious. Cantankerous. 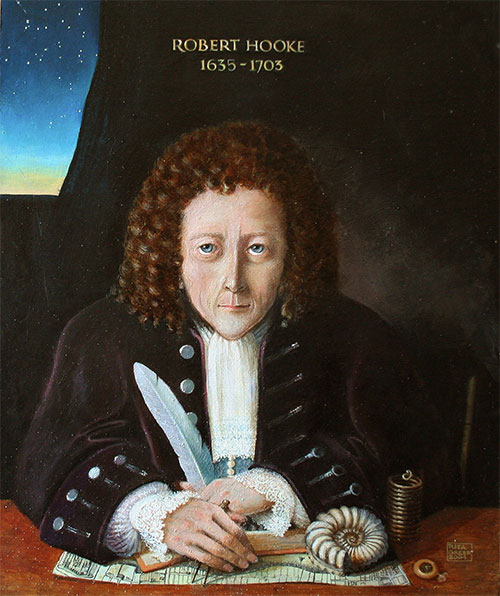 Evidently, there were some instances of Hooke taking credit for experiments first devised by others, and at least one case of Hooke learning of some new scientific breakthrough and blithely saying that he had already thought of it, but kept it to himself so he wouldn’t deprive others the joy of discovery. Isaac Newton and Hooke were bitter enemies, due to the fact that Hooke insisted he, and not Newton, invented the inverse square law, one of the cornerstones of Newton’s theory of gravitation. There’s a story that when Newton became President of the Royal Society, he ordered that the portrait of Hooke hanging in the Royal Society headquarters be removed and destroyed. No other painting of Robert Hooke has ever been found. The portrait shown here was painted in 2004 from biographical descriptions of Hooke’s appearance.

(*) Isaac Newton and Gottfried Leibniz. Pick your side.
(**) Needing to fix a spring in your couch is a situation that happens basically NEVER in real life.
(***) That book, Micrographia, with Hooke’s drawings of magnified insects and plants, remains one of the most beautiful science books ever published.
(****) The discovery of Hooke’s diaries in 1935 has led to more sympathetic biographies of him in recent decades.