LAWS OF THE UNIVERSE (4)

Method of folding a large flat surface into a small volume.

Like millions of people, I have an overarching interest in botany, higher dimensional geometry, Japanese culture, and the commercial uses of paper products.(*) So it’s no surprise that this essay is about origami.

Nature constantly has to solve the problem of how to pack a large object in a small container; a chicken inside an egg, a strand of DNA inside a cell nucleus, a brain inside of a skull. And often the answer involves some sort of clever folding arrangement. A well known example is the way the wings of a beetle fold up under its carapace when they’re not being used… 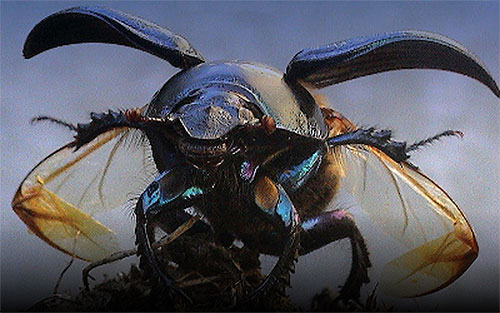 Intricate folds are also at the heart of leaf formation in many species of plants. For instance, consider the leaves of beech and hawthorne(**) trees. Inside the leaf buds the nascent leaves are tightly compressed via a pattern of repeated pleats… 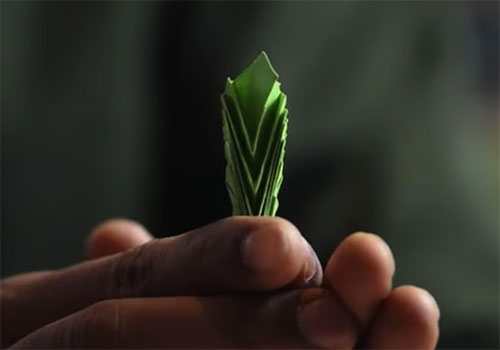 When the bud opens, the leaf unfurls to a size many times larger than the original container. 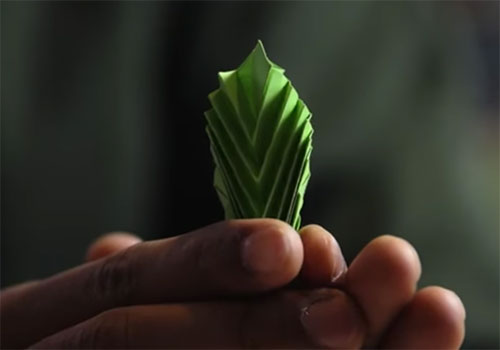 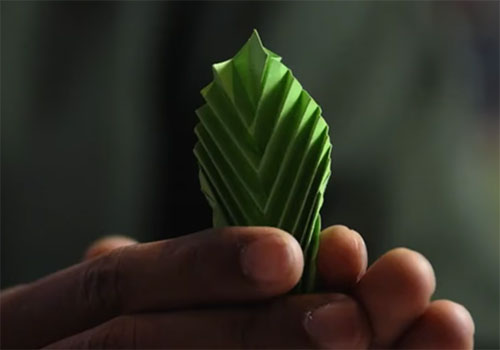 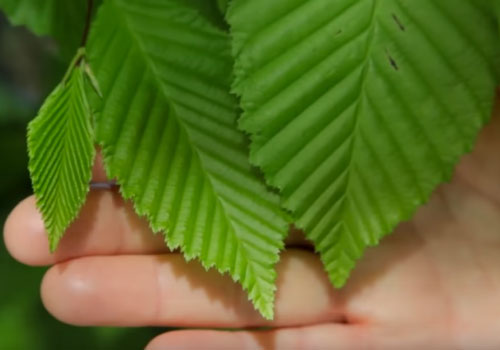 Those plants are using a variation of a origami fold called the Miura-Ori, or Miura fold. Here’s what a basic Miura fold looks like… 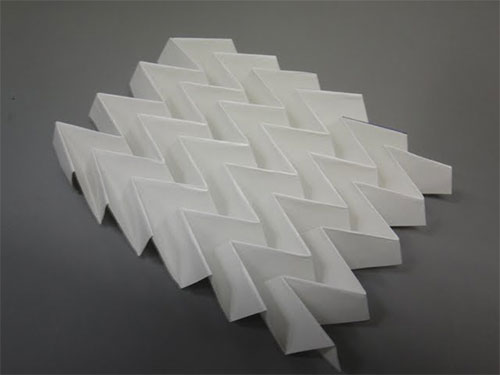 A sheet folded in a Miura pattern can be opened up merely by pulling on opposite corners of the sheet (or in the case of hawthorne or beech trees, by allowing sap to flow through the vascular structures of the leaf).
The creases in a Miura fold aren’t a simple checkerboard pattern. In one direction the folds are simple parallel lines, but in the other direction the lines are in a slight zig-zag… 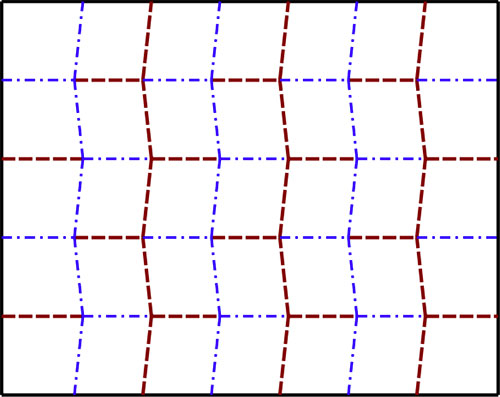 That slight zig-zagging keeps parts of the sheet from flipping inside out when opened. It also allows the sheet to neatly fold closed again, one of the reason Miura folds are often used in pocket subway maps. 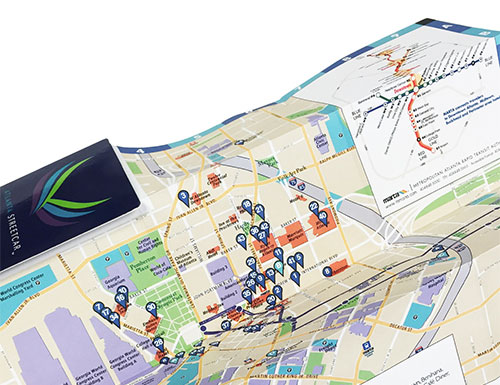 Miura folding is named for Koryo Miura of Tokyo University’s Institute of Space and Aeronautical Science. In the 1970s Miura was looking for efficient ways to fold the solar panels of spacecraft. Those panels have to be as compact as possible to fit inside of a rocket, but then in space they need to spread open as wide as possible to catch the sun’s rays. Miura’s fold was perfectly suited to the task.

Miura worked on folding systems throughout the 70s, 80s, and early 90s, and several of his designs have been successfully used on spacecraft. His research has led to the use of a number of origami-based folding systems on spacecraft solar panels, solar wind sails, and instrument shields…

If you want to make a Miura fold yourself, there are plenty of videos online explaining how, or you can follow these detailed instructions.

(*) My childhood was typical, summers in Rangoon, luge lessons. In the spring we’d make meat helmets. When I was insolent I was placed in a burlap bag and beaten with reeds, pretty standard really.
(**) The are many different species of plants called Hawthornes. This time we’re referring to Crataegus punctata, known as the dotted hawthorne or white haw. It’s native to the eastern US and Canada.