LAWS OF THE UNIVERSE (7)

The first scientific temperature scale, and the one used by nearly the entire world.

We’ve had units of length, area, weight and volume for millennia, but the attempt to put numbers to temperature has only been going on for a few hundred years.(*) In 1592 Galileo made a primitive device called a thermoscope, which used expanding and contracting air to pull water up a display tube. Over the next century experimenters created thermometers in all sorts of shapes, using everything from water to mercury to brandy.

…and for the other reference point you decide to use the temperature of bananas flambé right at the moment it’s brought to your table at La Bernica restaurant, just off the Rue de la Gaité in Paris… 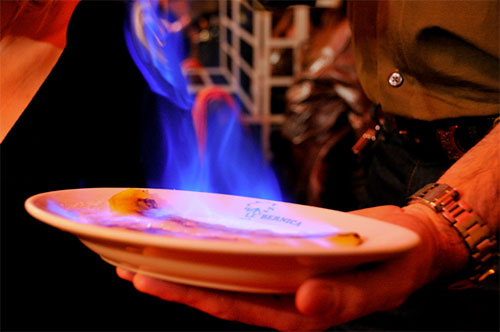 Now, knowing how temperature scales work, let’s look at the creation of one of the big guns in thermometer history, Daniel Gabriel Fahrenheit. 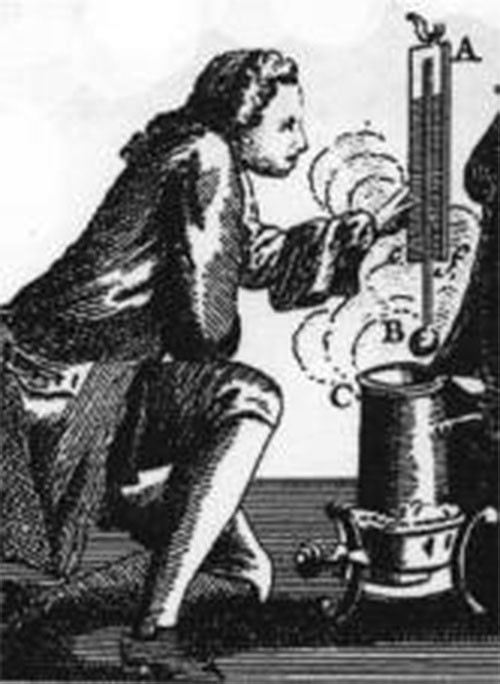 In 1724 Fahrenheit invented the mercury-filled, sealed glass bulb thermometer. For his thermometer’s scale, Fahrenheit picked the very cold temperature of a mixture of ice, water, and ammonium chloride as one set point, and the freezing point of water as the other. For reasons known only to Fahrenheit, he decided the temperature difference between those two points would be 32 degrees. Based on that, the boiling point of water worked out to somewhere around 212 degrees. Fahrenheit said “ah, what the hell, close enough” and decreed that water boiled at exactly 212 degrees.(**)

Eighteen years later, in 1742, another one of the big names in thermometer-land comes along; Anders Celsius. Celsius designed an alternate temperature scale based on the freezing and boiling points of water. He called the distance between those two temperatures 100 degrees, but oddly decreed that the scale would run backwards from what we’re all used to, with zero degrees marking water’s boiling point and 100 degrees indicating the freezing point. A year later a French scientist called Jean-Pierre Christin proposed a scale similar to Celsius’, but with numbers increasing as temperatures increased. It’s his scale that virtually all the world uses now, though it was Anders Celsius’ name that has continued to be associated with it.(***) 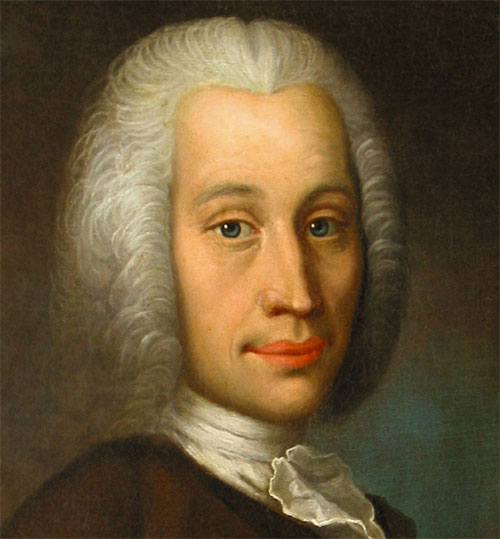 Anders Celsius (1701–1744) — in addition to having (if this portrait by Swedish painter Olof Arenas is at all accurate) an absolutely amazing set of lips — was one of 18th century Scandinavia’s most prominent scientists. He was born in Uppsala, Sweden, and as an adult founded the Astronomical Observatory there. He was the first scientist to suggest a link between the earth’s magnetic field and the aurora borealis — an absolutely brilliant bit of deduction for the time — and he was one of many scientists of that age who attempted to calculate the exact shape of the earth. He was also the first scientist to attempt to precisely measure the relative brightness of different stars.

Celsius performed numerous experiments designed to improve the accuracy of his temperature scale. He determined that while the freezing temperature of water is little affected by changes in latitude, elevation, or barometric pressure, the boiling point is substantially altered by those factors.

The drive to make temperature measurement more and more accurate has continued unabated right up to the present. These days the official temperature definition (as well as definitions for other scientific units of measurement such as the kilogram, meter, ampere, and second) is the responsibility of the International Committee for Weights and Measures (known by its French acronym, CIPM). The CIPM is based in Sèvres, France, and headquartered in these sweet 17th century digs… 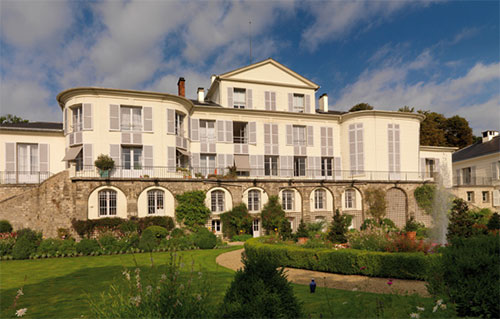 The CIPM’s official unit of temperature is called the kelvin(****), and it’s almost exactly like the scale Celsius devised, the only difference being that the zero point has been shifted down from the freezing point of water to absolute zero, the coldest possible temperature found in nature.

The science of measuring things such as temperature is known as metrology, and the practitioners of that science – known as metrologists – are almost unbelievably finicky. The metrologists at CIPM and other organizations, such as the National Institute of Standards and Technology in the United States, decided that calibrating a temperature scale by using the freezing point of water wasn’t precise enough. In 1990 they decided to base the temperature scale on another, very odd, property of water. If you put some water into a near vacuum (about 6/1000 of normal air pressure) and slowly lower the temperature, you’ll hit a magic point where the water exists as a liquid, gas, and solid, all at the same time. This is called the triple point of water, and it happens at a very, very precise temperature. Absolute zero and water’s triple point make up the two reference points of the modern Celsius, Kelvin, and Fahrenheit temperature scales.

The CIPM passed on my alternative bananas flambé methodology. Peasants.

(*) This is no doubt because civilized commerce has always depended upon precise measurement of length, area, weight and volume, but little or not at all on temperature.
(**) One of the reasons Fahrenheit liked 212 degrees for the boiling point of water might have been that the difference between the freezing and boiling points would work out to 180 degrees, and 180 is evenly divisible by many different numbers.
(***) You’ll sometimes see the Celsius scale referred to as the centigrade scale. That term comes from the fact that there’s 100 degrees between freezing and boiling.
(****) Named for William Thompson, who, after being named a Baron by Queen Victoria, went by the title Lord Kelvin. Among many other scientific achievements Kelvin determined the value of absolute zero (-273.15 degree Celsius or -459.67 degree Fahrenheit.)