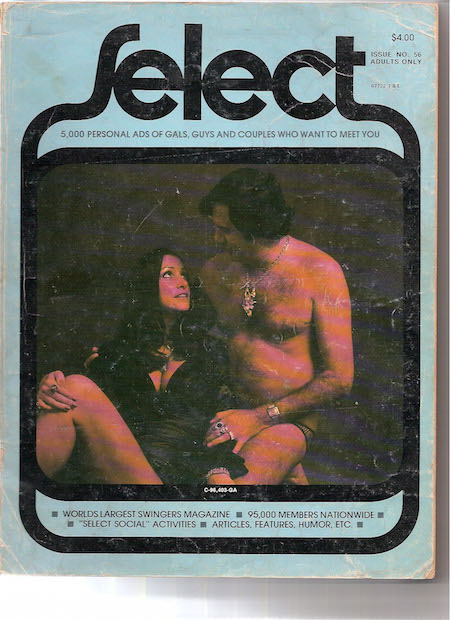 At some point in my childhood we had two TVs, which we watched stacked one atop the other. One didn’t get a picture, the other didn’t get sound. Both of them were trash-picked, and they were eventually replaced by another trash-picked TV that had both picture and sound. No one, it seemed, bought a television in the seventies. Ditto for sofas, kitchen chairs, and lamps.

Around the time of the stackable TVs, my mother built me a loft bed, which freed up floor space in my room for more trash-picked stuff. Trash night was like Halloween every week: a time to walk the neighborhood sidewalks at dusk, getting free stuff! I dragged home teddy bears, jewelry boxes, punch bowls, crates of Christmas decorations, rolls of multi-colored shag carpet. I was going to invent my own Muppets. Most of it went right back into the trash. Years later, when I encountered Antiques Roadshow on PBS, I recognized in those hopeful antique owners members of my own tribe. The humbler the provenance of their objects, the brighter the stars in their eyes. This old thing? My grandmother kept her hairpins in it. I found it under a tarp. We paid $5 for it at a rummage sale. And what origin story is more promising than “I pulled it out of my neighbor’s trash”?

When I was a young adult, a non-negligible portion of my wardrobe came out of the trash. I acquired some of my best statement pieces that way: a grass-green double breasted pleather pea jacket, a caveman vest made from what appeared to be weasel fur. I still wear a T-shirt I trash picked in Portland, ME. It’s black, printed with a phony priest’s collar. On the front, it says “Heaven Help Us” in gothic letters, and on the back: “If God Wanted Me To Be An Angel He Would Have Given Me Wings.” Does trash picking still happen? Of course it does, but in this time of peak bedbug paranoia, the rules have changed. Will my millennial friends have any way of understanding how unremarkable it once was to put a trash-picked wig on your head? It’s like trying to explain the mass appeal of Quaaludes, or how everyone under 25 once subsisted on hot dogs, Bustelo, and 10-cent popsicles.

Without question, eBay, craigslist, and even Antiques Roadshow have changed the landscape. These days, no one is throwing out swag lamps covered in lumpy jewel-toned Lucite chunks. The stuff that does end up on the curb is generally more disposable now, and less worth dragging upstairs. Particleboard bookcases and plastic end tables. The low-hanging fruit is gone, but friends, there is still fruit out there. Maybe even a massive fruit lamp: 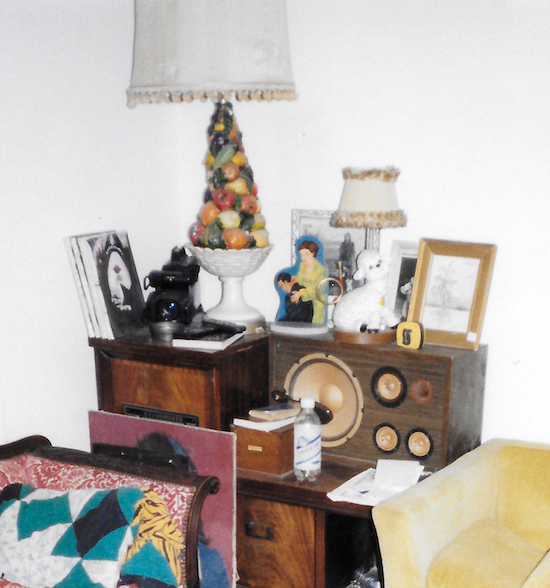 Or for that matter, a guitar lamp: 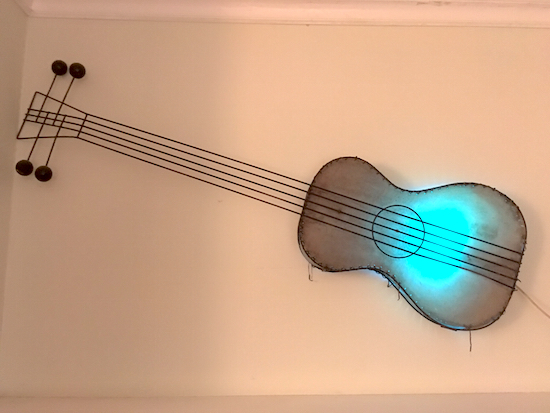 If you sort through your neighbor’s recycling, who knows — you might just come up with a vintage swinger’s magazine [pictured above]. And maybe, unlike me, you’ll still be able to make eye contact with that neighbor the next time you meet him on the sidewalk.