LAWS OF THE UNIVERSE (5)

When sexual selection leads to the evolution of exaggerated physical traits.

Do you have any idea how lucky you are to be reading this? I don’t mean to be reading my writing (I’m not that egotistical), I mean how lucky you are to be alive to read anything. To even exist. You are the beneficiary of one of the most remarkable, most improbable chain of events imaginable. To wit, from the dawn of life on earth, right up to the present, every one of your direct ancestors managed to successfully reproduce. Every. Single. One. We’re talking untold millions and billions of generations of ancestors, and not even once did one of them get eaten, trod upon, drowned, starved, frozen, struck by a meteorite, or otherwise snuffed out before they were able to crank out their contribution to the next generation.

For all that time (about 3.5 billion years since life on earth began), your ancestors, as well as all of the other living things on the planet, have been under the relentless influence of natural selection. Individuals with traits that made them less adept at staying alive and reproducing tended to die off. Individuals whose genetic makeup made them fit enough to have offspring got to pass their genes on to the next generation.

For the first two billion years or so that life existed on earth reproduction more or less meant splitting yourself in half. But then, about 1.2 billion years ago, some organisms (including your ancestors) started reproducing sexually. In addition to making college more interesting, sex also gave organisms a powerful new way to improve the survival chances of their offspring, by choosing the right mate.

We’re going to examine one of the phenomena associated with how an animal chooses the right mate, but the animals we’re going to look at aren’t human; our mate selection is just too crazily complex. Human attraction is an unbelievably complex and impenetrable mix of biology, culture, geography, experience, and heaven knows what else.

Now there are some traits that we humans instinctually prefer that seem to help in choosing a fit mate. The best known example of that is facial symmetry; in pretty much all cultures people with symmetrical (or nearly symmetrical) faces are considered more attractive. 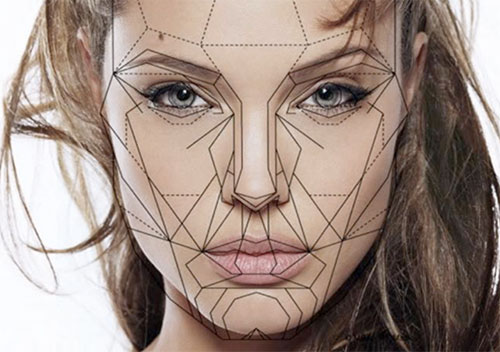 But what about all of those other things you find attractive in a potential mate? Their rock hard abs. Their big breasts. Their hazel eyes with the little flecks of green. Their youth. Their maturity. Their accent. Their great sense of humor. The way they love Dr. Who, just like you do(*)… 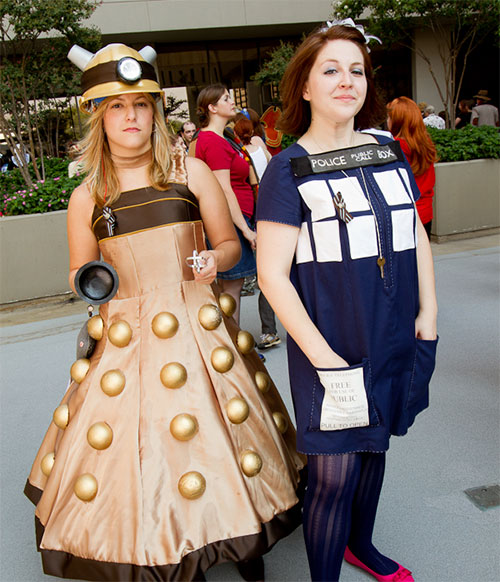 It’s hard to think of some of those traits as having any sort of relationship to biological fitness. No, we need critters whose idea of a good mate is a bit easier to understand. Allow me to introduce Gasterosteus aculeates, otherwise known at the Three-spined Stickleback… 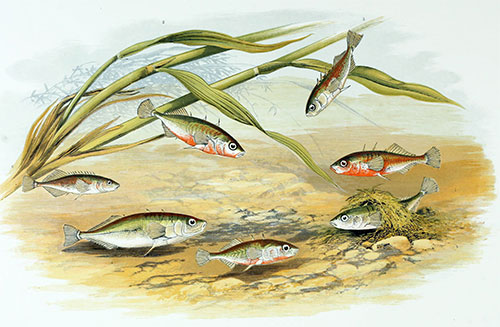 This small fish lives in coastal areas throughout the northern hemisphere. Mature male sticklebacks develop bright red patches on their throats. They can’t produce the chemical that makes the red color themselves. It comes from carotenoids in the crustaceans that make up part of the fish’s diet. Male sticklebacks that are better at finding food have a bigger supply of carotenoids and tend to have bigger and brighter red patches. Fish with big red patches are also more resistant to parasites, since being infected with parasites can reduce the size and brightness of their patches. So if you’re a male stickleback, that patch is a pretty reliable indicator of your fitness. And if you’re a female stickleback, that red patch is a pretty good indicator that here’s a guy who’s good mating material. Being total babe magnets, male sticklebacks with bright red spots get to mate a lot, which means that their descendants inherit all of those good genes for finding food and resisting parasites.

With me so far? Good, because here’s where things start to get a little subtle. Those descendants also inherit the genes that govern male sticklebacks being really good at taking the carotenoids out of the crustaceans they eat and turning them into red patches. (After all, you could eat all of the crustaceans in the world and it wouldn’t do you any good if you couldn’t advertise that fact to the ladies.) And suppose you were a female stickleback who was kind of picky — you weren’t into just kinda bumping fins with any guy who had any amount of red, you had to have the reddest, the brightest stickleback of them all. The Brad Pitt or Jon Hamm of sticklebacks.(**) Your female descendants would get genes that make them even more attracted to male sticklebacks with even redder spots.

By the way, have you ever seen a Ribbon-tailed Astrapia?

Or a Greater Bird of Paradise?

These three birds are examples of times when all hell did break loose when it comes to what makes a mate attractive. It’s a phenomenon known as Fisherian runaway selection. The speculation in these cases is that the ancestors of these birds might have developed slightly longer tails, and that having a bit longer tail that was well groomed was an indicator of fitness(***). But males who grew their tails a bit longer still were even more desirable, and they mated with females who had the greatest attraction to longer tails. A positive feedback loop kicks in, and before you know it (in evolutionary terms) you end up with these bodacious decorative traits.

Fisher is one of the most important figures in the history of evolutionary science. He’s one of the fathers of what’s known as the “modern synthesis,” the scientific work that merged Charles Darwin’s theory of natural selection with modern genetics and statistical analysis. Biologist Richard Dawkins has called him “the greatest biologist since Darwin.” Many of the techniques taught in college statistics courses were invented by Fisher, and it’s not too much to say that he pretty much invented the field of population biology.

Fisher’s obsession with population genetics and evolutionary theory bled over into his politics. He was a proponent of eugenics, and he felt that England’s upper class wasn’t having enough children relative to the working class population. He also believed that there were undeniable differences in the intellectual capabilities of different human groups. Modern opinion differs on his eugenic beliefs. Many people consider them inexcusable, while others point out that during that time period (from about 1910 to 1950) those views were much more mainstream.

(*) I possess many, but not all, of these traits.
(**) Feel free to substitute your personal idea of ultimate maleness. Except Dustin Pedroia. One of my family members has already claimed him.
(***) Birds can be susceptible to illnesses that cause diarrhea, and the theory is that a bird with a longest tail that isn’t all nasty and stinky is a bird that’s diarrhea-free.