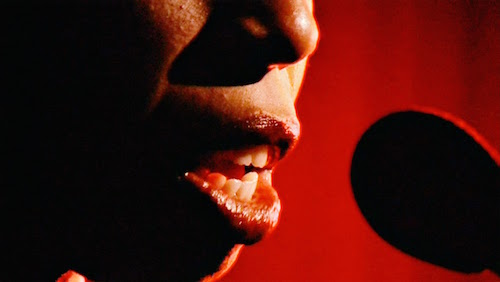 “This is God. I’ll be with you for the next few days.” This is what Joe Smith tells his wife Mary (played by the future Nancy Reagan) he’s just picked up on the radio in the 1950 film The Next Voice You Hear…. We never hear God’s voice in this wholesome and understated story, we only see the spiritual consequences of his broadcasts on the all-American Smith family as radios across the world are taken over at 8:30pm every night by God. In The Next Voice You Hear…, God is a silent guide, an invisible hand leading the characters to their destiny, and the world’s most omniscient radio DJ.

Radio, for decades, provided the movies with a useful narrative mechanism: a way of providing expository information in a scene, say, or a diegetic soundtrack to the action. But it’s also smuggled into cinema a secret strand of polytheism in the form of the ‘voice of God’ radio DJ. These are characters often confined to their studio, yet they provide an intimately voiced or manically screamed commentary for all the trials and tribulations the principle protagonists are experiencing. They are medium-wave choruses who enable the audience to take a step back from the action. In some cases they even guide the movie’s heroes: your friendly FM Virgils.

My list of favourite radio deities would begin with Cleavon Little in Vanishing Point (1971). Little plays Super Soul, a blind DJ who helps speed freak car deliveryman Kowalski (Barry Newman) keep his 1970 Dodge Challenger ahead of the cops. (“This radio station was named Kowalski, in honour of the last American hero to whom speed means freedom of the soul. The question is not when’s he gonna stop, but who is gonna stop him. “) The real life Wolfman Jack broadcasts electric insanity to the teenagers’s car radios in American Graffiti (1973), and doles out kind advice in person to the young Curt (Richard Dreyfuss) when he comes knocking at his studio. Lynne Thigpen’s unnamed DJ in The Warriors (1979) is altogether more menacing — all we see is a mouth at the mic, putting out word to New York’s street toughs that the Warriors gang need to be stopped from getting home to Coney Island. She spins records with pointedly sarcastic relevance to the plot (“Nowhere to Run,” for instance), and describes the Warriors’ treacherous journey home through Manhattan as it unfolds. (“All right now, for all you boppers out there in the big city, all you street people with an ear for the action, I’ve been asked to relay a request from the Grammercy Riffs. It’s a special for the Warriors, that real live bunch from Coney, and I do mean the Warriors. Here’s a hit with them in mind.”) In Do The Right Thing (1989), Mr Señor Love Daddy, played by Samuel L. Jackson, spins the platters-that-matter and implores his listeners to stay calm as racial tensions flare across New York’s Bed-Stuy neighbourhood. (“You got to cool that shit off. And that’s the double-truth, Ruth!”) A neat twist on the DJ-as-chorus can be found in the 2008 horror movie Pontypool. A zombie apocalypse, caused by a virus embedded into the English language, traps announcer Grant Mazzy (Stephen McHattie) inside his studio. Mazzy and his companions can only escape the murderous undead by speaking French. Here the DJ’s power is turned against him.

As our radio listening habits slowly change from picking up whatever comes through the ether to streaming specific shows for on-demand listening, the figure of the omniscient radio DJ may go the way of the old gods. Super Soul and Wolfman Jack are today mere analogue deities from a bygone technological era. Yet the idea that we might find answers in the airwaves is perhaps not so different to the ancient belief that prayers to a supernatural being in the sky might show us the right course of action, or bring us what we wish for. As David Bowie sang, “I am a DJ, I am what I play, I’ve got believers, Believing me.” This is God. I’ll be with you through the night, providing you with the latest traffic and weather updates, and taking requests…