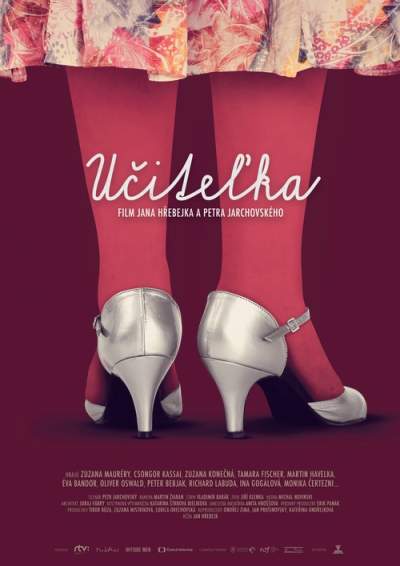 During the summer of 2016, I lived in Prague for work. It wasn’t the first time I’d visited Prague — I went for about a week and a half, almost exactly twenty years ago, in pursuit of a soon-to-be-ex-girlfriend. At the time, the film Kolya (d. Jan Svěrák) was playing in theaters. I’d had no interest in what I thought to be an odd Czech movie, to the degree I thought about it at all. I must have unconsciously classified it as marginal or substandard. Even then, dumb kid though I was, I knew the Czech language and culture had produced Milan Kundera, Václav Havel, and Karel Čapek, that the region had given us Kafka, Schiele, and Klimt. I can only chalk it up to the fact that I grew up in New Jersey, and possessed that peculiar mix of ignorance and arrogance, provincialism and sophistication, that one sees in outer-borough types (one need look no further than our detestable President-Elect). I believe that it comes from visiting or working in the self-declared Center of the Universe nearly every day without having to deal with the daily challenges of actually having to live in it — the sense of one’s own of cosmopolitanism and universality without much of the actual lived experience of either.

Later that year, Kolya won the Academy Award for Best Foreign Film. I didn’t (and still don’t) view the Oscar as an objective measure of quality, but I was duly chastened. Add to this lesson the fact that, in 2016, I was literally working in the Czech film industry, at the massive Barrandov Studio, built by the Nazi propaganda machine but unfinished until the end of the war, when it was promptly taken over by the Communists. Western films began working there long before the Velvet Revolution, beginning with Yentl (1983).

In any case, I wasn’t about to sleep on the large number of Czech films available to me this summer. I lived near two art-house cinemas, the art-nouveau styled Kino Lucerna, and the brutalist Kino Svetozor (both of which showed international indie films; I also saw The Handmaiden, Nick Cave: One More Time With Feeling, The Lobster, and Florence Foster Jenkins there). The first and best of these was Učitelka (The Teacher), a Slovak-language film directed by Czech director Jan Hrebejk and written by Petr Jarchovsky. The premise was simple — a corrupt middle-school teacher in 1982 Bratislava, leveraging her power over her students to garner favors from their parents. It’s tempting but probably inadvisable to use film to generalize about national character, but it was difficult not to compare the Czechoslovakian nationals in the movie to the Czechs I encountered at work and in the city — a proud and tough people, well-educated and intellectual, but, in identity proletarian, and in both cases colonized — the characters by the Soviets, the real Czechs by the forces of international capitalism, led by Americans and British. In both cases, the divide between colonizer and colonized isn’t neat, and perhaps the far more instructive example (especially for an American on the eve of 2017) was how authoritarianism and inertia function in any culture. 1982 Czechoslovakia, as depicted in Ucitelka, was far from totalitarian — everyone knew, and talked about, the abuse of power, but not everyone saw it as a terrible thing. Most striking about the film is its villain and titular character, played by Zuzana Maurery. She’s a phenomenal actress, and not the physical type that would lead an American movie, yet gives a wry, sinister, sexy, and magnetic performance, a female Jack Nicholson at his peak. I won’t spoil the ending, but the greatest thing about the movie is that it’s not a simplistic critique of communism. The last line of the film, said in front of a portrait of Havel, is unforgettable and makes the entire thing. I hope Učitelka gets international distribution — I’d like to see it again. 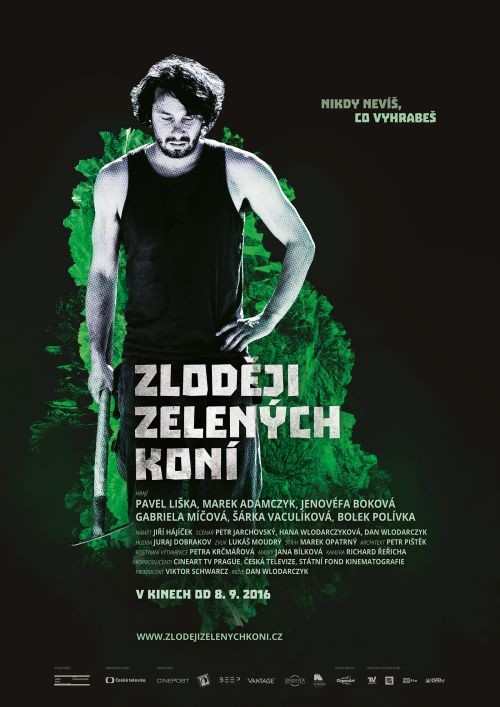 The next two Czech films I saw were in double-feature: Zloději zelených koní (Green Horse Rustlers) was about illegal moldavite miners (moldavite is a glass-like precious stone believed to be the product of a meteor impact), and an interesting glimpse inside contemporary late-capitalist Czech Republic — if this movie is to be taken as representative (again, a questionable prospect), entrepreneurship, even of the criminal variety, is worshipped, while careerism (professor, real estate agent) is frowned upon. It seems to track with what I saw around me — the culture still smarting from the obsequious rituals of communism, angry that those same rituals predominate in capitalism too. Add, again, the centuries of occupation of one kind or another: the Hapsburgs, the Nazis, the Soviets, now the Americans and British. In the end it was a decent crime film, with a better, messier, more realistic depiction of violence than anything currently coming out of America since John Cassavetes.

The second was a black and white period piece, Já, Olga Hepnarová (I, Olga Hepnarová), about the first Czechoslovak woman to receive the death penalty. In 1973, she ran twenty people over with a truck, killing eight. I dozed off a couple of times (the movie started at 11pm), and the first half was far more interesting than the second. Hepnarová was gay, bipolar, had suffered some brutal bullying by her mother and in institutions. It was particularly compelling to see a version of gay life under communism. Most of the film was set in some sort of mechanic and trucking compound in the countryside, with dorms and a pub on the grounds. But then once she became violent the story grew flat and a little simplistic — like the misapprehension of the Columbine shooters as victims of bullying. Also, the ending was a direct lift from the unforgettable finale of Krzysztof Kieślowski’s The Decalogue 5. I don’t mind theft, but this was (or at least struck me as) a frame-by-frame reproduction from one of the most iconic scenes in cinema history. It felt lazy, like the ending of Star Wars: The Force Awakens (a movie I otherwise enjoyed). 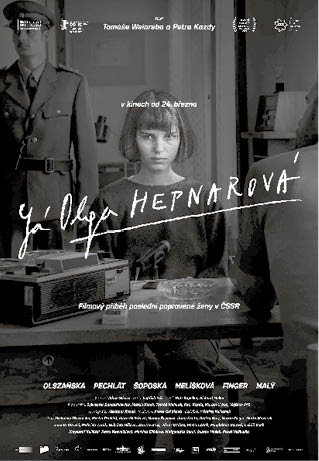 One thing I particularly liked about Já, Olga Hepnarová, was that it featured a kind of relationship I’d never seen before in cinema. Hepnarová is well-established as gay when a kindly, slightly older and balding man approaches her. We’re led to believe that he’s going to proposition her, but they just become drinking buddies, and he remains her most loyal friend in the film. It’s never established whether he knows she’s gay or not, but he never hits on her. It’s kind of beautiful.

The last of the Czech films I saw was a midnight-movie revival at Svetozor: Ikarie XB 1, a 1963 Czech sci-if film based on a Stanislaw Lem story. I’d never heard of it, but it must have made it into the West somehow — entire story and design elements seem to have been lifted out of it wholesale and used in Star Trek, Lost in Space, Star Wars, and Sunshine, among other sci-fi films. This could be parallel thinking, or writers/directors reading the source material, but some of it — like the capsule-shaped lighting apertures in all the imperial ships in the Star Wars movies — are so exact that coincidence seems impossible.

Including me, there were seven people in the audience, at least two of whom had fallen asleep and were snoring loudly. One of them had such a prodigious snore that, in the dark, I assumed he was elderly, but he was probably a decade younger than me. I remember spending at least a month with the Netflix DVD of Tarkovsky’s Stalker because the first 45 minutes are so soporific. What is it about Warsaw Pact adaptations of Lem?

The story was simple, and similar to both Solaris and Sunshine — a crew goes to explore the planets in the Alpha Centuari system, going mad and encountering weird toxins and diseases along the way — but it had some fantastic moments, particularly an abandoned extrasolar spacecraft from the far future of 1987, filled with corpses that looked like they came from a shootout at an Old West Casino, armed with nuclear weapons and a brand-name poison gas called “Tigger Fun.” The film also contains one of the most enjoyable dance numbers I’ve ever seen in any film, a wonderful space-bossa-nova where none of the dancers actually touch. I love when SF posits a future version of a contemporary thing that turns out to cease existing long before the posited future arrives. That might deserve its own article. It can be seen here (it’s actually two dance numbers, and the bossa nova begins at the 2:30 mark. I love that it’s five minutes long):

After the film six Czech hipsters and I were locked in the Svetozor mall and had to figure out how to get out. It was about as much of an escape room as I’d ever like to attempt.

I still have not seen Kolya.