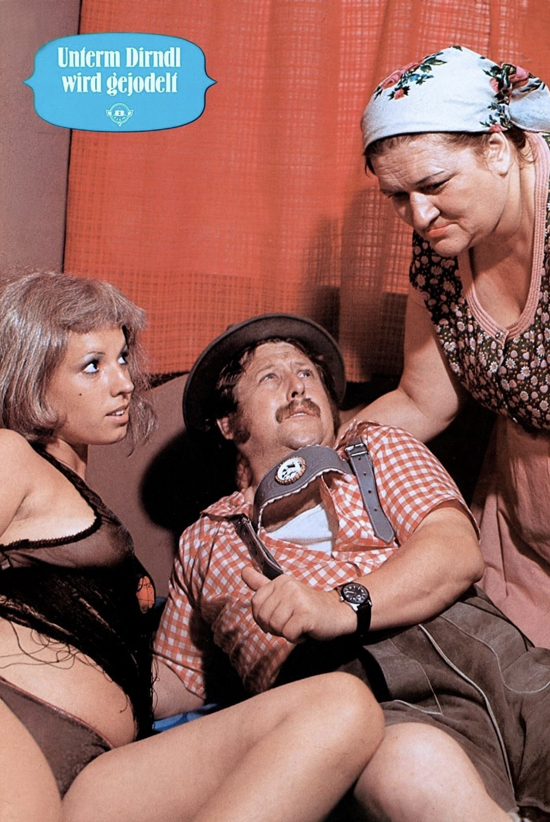 Driving south on the 110 through Torrance, California, you might spot a sign in the shape of a cottage with red gingerbread trim, inviting you to “Visit Alpine Village.” It’s one of those Los Angeles freeway apparitions that whiz past in broad daylight—something to notice and wonder about for a few seconds. I moved to town in the early aughts, and after I’d noticed and wondered about the Alpine Village sign a few times, I mentioned it to a friend, a native of Orange County. His face lit up. Alpine Village was a landmark, he said, ticking off the names of bands who had played there in the seventies and eighties. Black Flag, Minutemen, the Germs. I had to see it for myself, though.

So it was that I found myself pushing a cart down a fluorescent-lit aisle in the Alpine Market, pausing to compare brands of black currant syrup. In the adjoining cafeteria, where I got schnitzel and vinegary cucumber-dill salad, my friend commented on the genuine Muzak(tm). Next, we stopped in at the cavernous beer hall where the Dead Kennedys had played. A small gathering of senior citizens were dancing to recorded polka music. A poster advertised an upcoming event with Siegfried and Roy.

I’m sure Alpine Village didn’t have a website in 2001, and there were definitely no apple-cheeked youth in dirndls and lederhosen skipping hand in hand through the village square, but this video does an adequate job of capturing the sunblasted Hansel-und-Gretel vibe and the oddball collection of businesses. Imagine getting your teeth drilled in a mock-Tudor shack with a giant gnome on its stucco façade. There it is: the note of menace that intrudes upon any spectacle of German kitsch, inviting black humor and inspiring S&M costumery. This is not the case with parking-lot Italian fests or Chinatown gift shops, and we all know why. They knew why in 1968, when Alpine Village opened, which only enhances the undercurrent of transgression.

Between a gift shop offering Tyrolean hats and a shoe store that sold sturdy West German deadstock was the Collector’s Gallery. The signage featured an Austrian coat of arms and advertised, in gothic lettering, “Bronzes. Arms. Antiques.” The shelf displays within held a few obligatory Hummels and beer steins, but the glass-top cases were stocked entirely with military memorabilia: Prussian swords, antique lugers, spiked WWI helmets, Iron Cross medals with and without swastikas. The proprietor didn’t greet us or even make eye contact. Taped to the wall behind him was a cardboard sign saying NO PHOTOGRAPHS. My friend nudged me and pointed at a bronze bust of Hitler sitting on the counter by the register. Maybe I’d missed it because it was only about nine inches tall. You know, subtle.