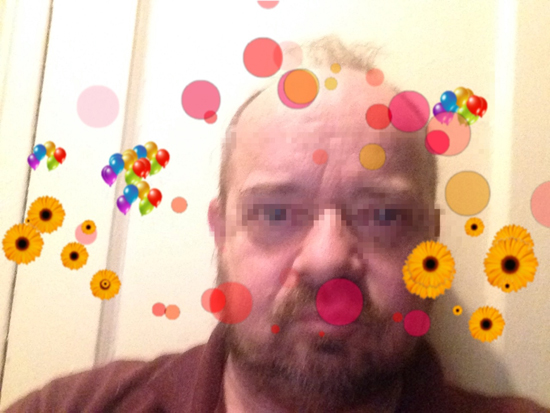 It was the day of the big Democratic rally in the garment district in New York. Generally around 34th Street and 7th Avenue. I had arranged with a friend from work to go to the rally. We were both cooks at the Elephant and Castle on Prince Street. We had the same day off and thought it would be cool.

Jim came over and we were going to just walk up 7th Avenue from my apartment on Eleventh Street. “I have some acid. I don’t know if it’s real but we could take some and go to the rally,” I offered. Jim agreed and we each ate one of the little cardboard squares. At about Sixteenth we checked to see if we were feeling anything. I said “It feels like my lungs are lifting up.” “It’s good,” Jim said. We got there about eleven-thirty so we were about seventy feet from the stage. It was packed in front of us and people quickly filled in behind us. We couldn’t move at all. Jim was slightly to my left behind me. We had American flags and Mondale/Ferraro mini posters that we could wave. The acid was going full blast when Gil Scott-Heron came out to do “We Don’t Need No Re-Ron.” The crowd was whipped into a Democratic frenzy!

“That’s good!” we would scream whenever they said anything about Democrats. “That’s bad!” we would scream whenever a Republican point of shame was announced. At one point a Secret Service guy got next to us and said in a friendly manner, “You guys are too much! Where are you from?” He wore a light brown trench-coat and had the signature Secret Service thing in his ear. He moved away after deciding we were harmless. After several speakers Jim was getting impatient. “Mondale is the ejaculate! Mondale is the ejaculate!” he shouted over and over. The crowd did not pick up his chant. During Ed Koch’s speech Jim leaned in and whispered “I feel like we are all fish dancing on our tails in a pan of phosphorus.” I knew exactly what he meant and could see all the people doing just that. My ears started doing a noise gate effect. Things would get louder and louder and then there would be a sudden silence.

My reverie was shattered when Jim started screaming, “Art there’s a psycho right behind you! This guy is a fucking psycho!” I turned to see a huge pimple-faced man behind me. He had rolled up his poster into a make-shift bull horn and was shouting “Not Guilty! Not Guilty!” over and over in reference to John Zacarro (the recently-indicted husband of Geraldine Ferraro). At once I pictured his motel room littered with balled up tissues and torn out bible pages. “Your right he’s a fucking psycho!” I screamed back.

Packed in with one hundred thousand other love-fest Democrats I felt a oneness. I also felt that flaming pine trees were shooting up out of my spine into the sky.

See All Posts by Art Wallace

Art Wallace moved to New York to become rich and famous in 1982. He currently works around town as a handyman. He has tried lots of things.