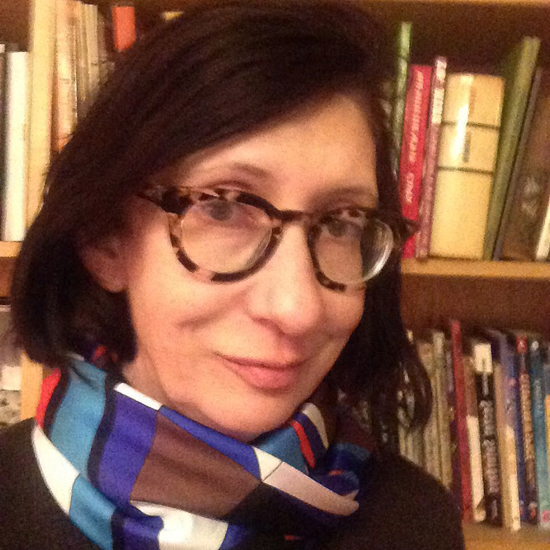 THE BRIEF LIFE OF FRANCES POTTER

The red-and-white striped Brooks Brothers blouse says “I belong to something better that you don’t.” Its hideous tuxedo frills have a casual crumpledness, like I just got off the boat from Chappy and was too lazy to change. The dull brown skirt? Talbots, knee length, correct matronly ugliness. A cheery pink sweater tied at my throat, whale logo hidden but recognizable a mile away. I slip into my loafers and head out the door to the L train to Williamsburg. Frances Potter is in full force.

A few years ago, I briefly linked arms and sallied forth with the Brooks Brothers in hopes of fitting in at the private school where I worked. Those Old Boys never saved me. I worked it. But it didn’t work. I dressed exactly like one of the most lauded teachers. And I spent the school year being prodded with a hot iron by the school director, aka the Overlord. Yes, she’s real.

When I took a job at Manhattan Collegiate Country Day School, I was thrilled. I had been teaching dyslexic children for over seven years in private homes, slotted somewhere between the piano teacher and the math tutor. There were no other teachers to talk to. I pictured a faculty room abuzz with gossip and smart people sharing ideas. This was mainly true. But every once in a while a suit with shellacked hair and sensible pumps would blow in. The laughter would fizzle. The suck-ups would compete for her attention. This was the Overlord. I would come to know her well.

The Overlord was a gaslighter. At first, she smiled and praised me; the kids liked me, the parents were with me. But she didn’t like it when anyone else got attention. She figured out, somehow, what I was most self-conscious about and used it against me. My appearance, my clothing, both were found unacceptable. Mind you, I wore dowdy work pants and a men’s oxford every day. I was pressed and clean. But I was told by my supervisor that I had to “work on my clothes.” In a frank talk, I was told that to get the Overlord to stop targeting me I must wear make-up, a low heel, have short, conservative hair in a natural color, sweater sets. My current look was called disheveled. Maybe it was. But I wasn’t the only one. I went home and cried.

I decided to create a character: the perfect private school teacher. I took my name and scrubbed it of any dirty ethnic taint. I bought a bunch of used clothes and told my hair stylist to make me look as Upper East Side as possible. Francis Potter was born.

But this made my boss angrier. She pulled me into her office constantly for personal critiques. One day I was speaking to a parent and she glided up, gave me a side hug, and whispered in my ear “thank you.” For no reason, except to uncomfortably touch me, hopefully demean me. And it did.

I told my supervisor what was going on. She could have protected me but it would’ve cost her, so she didn’t. I can understand, on some level. Schools can be brutal.

I thought creating Frances Potter would be a joke, a funny “Haha on them.” But it wasn’t totally. It was also me in middle school, trying to fit in. And so on. Not surprisingly, I was told not to return the next year, though my performance reviews were great. Frances had failed.

The happy ending is that somehow the pandemic did all that in. During lockdown, all my Frances clothes were put on my fence. The next day they were gone.

See All Posts by Fran Pado

Fran Pado is a playwright and actor who performs her experimental pieces at Dixon Place and other NYC venues. Her latest work, The Mall Part 1, is part of the ?!: New Works Festival at the Brick Theater in September.