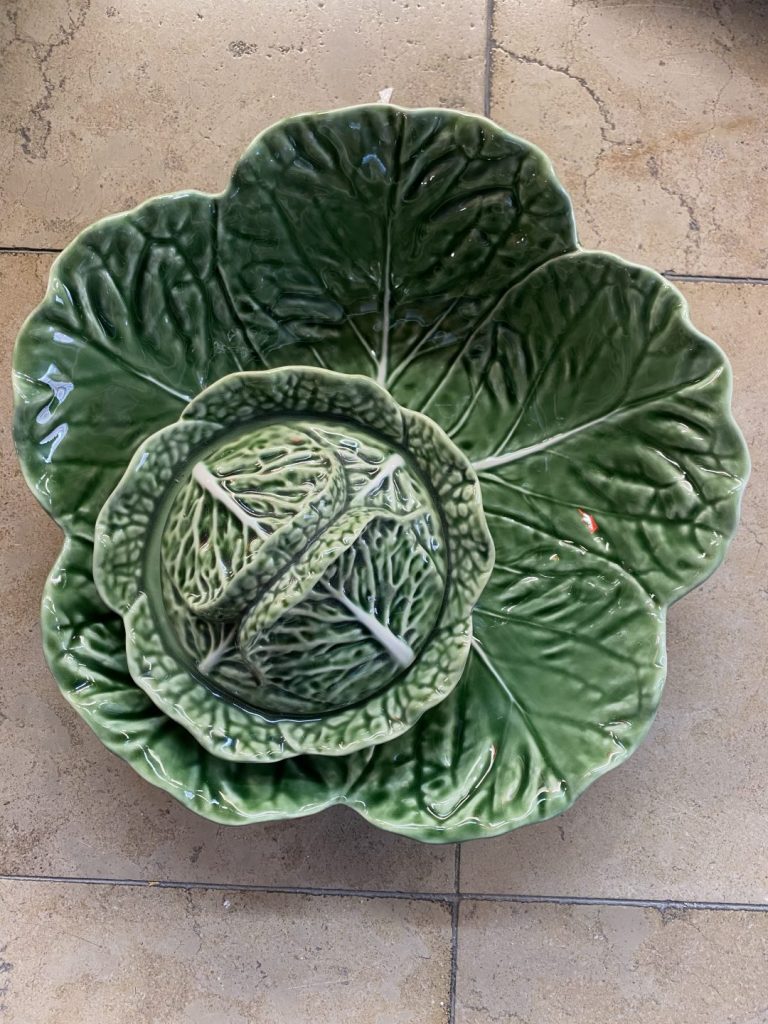 When I was a small child, the only men I considered attractive were those with perfectly combed, straight hair. Being attractive, as far as I was concerned, was exactly the same thing as having a neatly organized hairstyle. So it should come as no surprise to learn that what I considered the epitome of bad taste was the bizarre “cabbage tureen” manufactured since 1860 by Portugal’s Bordallo Pinheiro ceramics company.

People who owned a Bordallo cabbage tureen didn’t actually serve soup from it. The habit of serving soup from a specific container at the table was already outdated by then. People would only observe this ritual for special holiday meals. Instead, the tureen served as a centerpiece, a decorative touch, a non-functional representation of cabbage-ness. Empty, solitary, cold and useless in the middle of a table, it was the first thing you’d see when entering the room. Wrinkled, knobby, green on green, it’s an excessive object — everything that I found distasteful, at the time. It was a mystery, to me, why anyone would want to own and display this object.

Later, I’d come to understand that here in Portugal a cabbage is never simply a cabbage. It’s a potent symbol of rural life, peasant life. Caldo Verde, a peasant’s potato and cabbage soup, is a dish emblematic of Portugal-ness. Many of our gardens are cabbage gardens; neighbours, friends, and relatives often give and receive cabbages as heartfelt Christmas gifts.

Today, I am one of these mysterious persons who owns a cabbage tureen. It’s visually loud, hard to wash, and not so easy to use either. I live in constant fear of breaking it. I treasure my tureen, the very existence of which demonstrates not only my ability to protect something fragile but also my participation in the cultural continuum of my native land.

See All Posts by Sónia Marques

Sónia Marques is a commercial semiotician based in Lisbon, Portugal. She founded Indiz in 2003, a pioneering market research company with a cultural angle.