As a ’90s kid, Scholastic Book Fairs were the highlight of our school year. What red-blooded American Millennial doesn’t remember the nostalgic rush from that magical week where some pocket change was your ticket to a wonderland of escapism? It was at one of these fateful events that my 8-year-old self caught a glimpse of this iconic poster of Michelle Pfeiffer’s Catwoman from the classic 1992 film, Batman Returns. 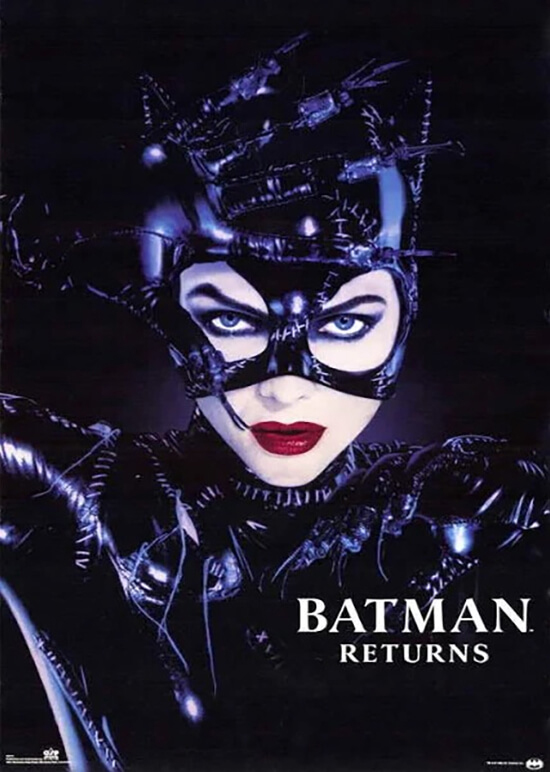 I can’t put my finger on whether it was my emerging baby-goth energy, my emerging chaotic bisexual energy, or both that motivated me to take that poster home with me. Either way, Catwoman ended up in a prominent place in a bedroom that I shared with my Grandma and little sister in our shabby apartment above the Chinese-American fast food restaurant my parents ran in Detroit. She was in the perfect spot for me to gaze at longingly, sparking confusion over whether I wanted to be her or marry her before I fell asleep every night.

After a little while, my Grandma simply couldn’t take it anymore and made me take the poster down. My dad explained that the poster reminded her of a 鬼 (“gwai,” meaning “ghost” or “demon”), and she was afraid of being cursed by it.

“She’s not a 鬼!” I protested, “She’s Catwoman… She’s a comic book character! She’s just a normal human being who… died… and came back to life… with superpowers…”

Needless to say, I lost that debate.

It wasn’t until adulthood and a nerdy think piece about what kind of creature Catwoman actually was, that I started to realize… maybe Grandma was right.

In Chinese folklore, there’s a specific type of ghost called 女鬼 (“neoi gwai” in Cantonese, meaning “female ghost”) which I now realize is exactly what my family was referring to. Recurring themes in Chinese female ghost stories specifically involve the angry spirit of a woman who died after being wronged in life and returns to take revenge. Some of these stories also incorporate a more succubus-like quality, involving 女鬼 who “seduce men and suck their yang essence or sometimes kill them” (Wikipedia).

The most well-known 女鬼 characters in the Western canon tend to be characters from Japanese horror movies that have been remade for American audiences, like Sadako from The Ring and Kayako from Ju-On/The Grudge. 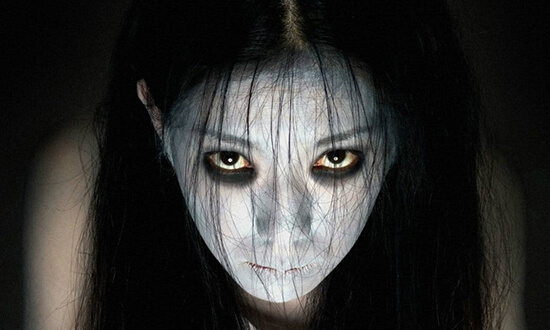 But let me propose that Tim Burton’s take on Catwoman may be the most famous unintentional 女鬼 in the West. She begins the movie as a normal woman, is defenestrated and murdered by her boss, returns to life by supernatural feline means in order to take revenge, and uses newly-acquired seductive techniques in order to do so.

…Or at the very least, Catwoman and the poster that captured her essence definitely inspired 8-year-old me on a lifelong path towards becoming a future 女鬼 myself.

Alice Meichi Li (李美姿) is a Chinese-American illustrator and writer who’s originally from Detroit and currently lives and works in New York City. Follow her @alicemeichi.