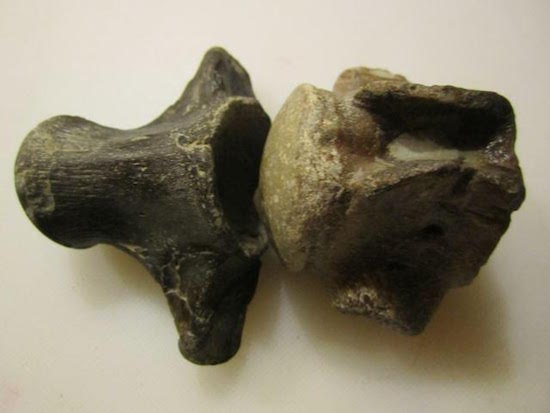 I grew up in Texas. At the drive-in movie theater, during 1956, my family saw both Disney’s 1940 animated movie Fantasia, with its sequence of dinosaurs fighting to Stravinsky’s “Rite of Spring,” and also Irwin Allen’s brand-new documentary The Animal World, which includes a 10-minute stop-motion sequence — by Ray Harryhausen and Willis O’Brien — about dinosaurs. I was five years old, and completely sold on the strangeness and truth of ancient horrible monsters in a place where volcanoes turned the sky red and black and the earth cracked open and giant beasts fell down fighting all the way to their doom. I fantasized about being in that terrible place, hiding under ferns.

America shared my fascination; the Interstate Highway System was built shortly after that, and you’d see roadside fiberglass dinosaurs made by kooks and impresarios — not to mention Sinclair Oil’s ubiquitous apatosaurus. I was obsessed with Czech artist Z. Burian’s illustrations of palaeontological reconstruction, which I found in oversized books in the grownup part of our local Carnegie library; I also loved Charles R. Knight’s paintings of dinosaurs, which I first discovered in a National Geographic, in my classroom’s coat closet, in third grade.

I wanted to find a dinosaur fossil, badly. I dug holes in my backyard — nothing. Local driveways often consisted of white crushed limestone full of shell fossils, but these weren’t exciting enough for me. When I traveled to Oklahoma, my relatives would help me gather fossils in the strata revealed by highway construction: ferns, clusters of cylindrical shells, a nice branching crinoid, small trilobites. When I was at college, my parents threw away my “bag of rocks.” By then, I had become a dinosaur artist myself; I was hired to illustrate a doctoral thesis on blood vessels in mosasaur vertebrae.

Mosasaurs are one of the Great Marine Reptiles that ruled the seas during the Cretaceous period. Millions of years ago, northeast Texas was a shallow sea. You can find mosasaur fossils in northeast Texas’s Sulphur River, but I was deterred by Texas’s real-life monsters: water moccasins, giant feral hogs, tarantulas, alligator gars, fire ants. Some years ago, though, while visiting my hometown of Sulphur Springs, I purchased these mosasaur vertebrae in a junk store.

My dinosaur fossils are shiny because I’ve handled them so often. I like fitting the concavities to the convexities, forming a section of the spine of what was once a vast, fierce, real-life sea serpent.