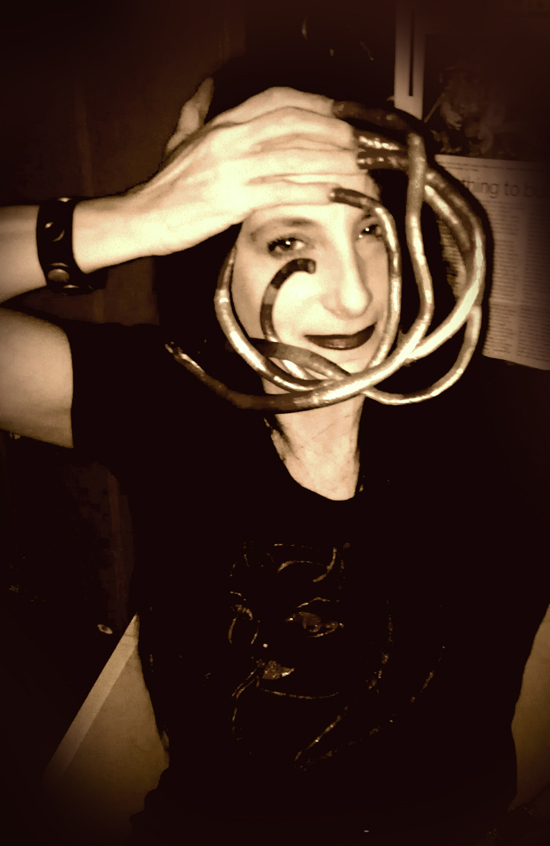 Yes, these are just some of the rude, ignorant or just curious questions I receive constantly, especially on social media where people feel safe in their rudeness, while hiding behind their computer screens, about my Ripley’s Believe It or Not-length fingernails.

Now of course I realize 15-20+ inch fingernails are NOT for everyone! I get that. However, I like them and it is my choice to grow them on my hands…I don’t do it for anyone else’s approval, taste or fetish (as there are many who are in that realm as well and are either insanely supportive, which is great, or obnoxiously demanding & sexist!). But how did it all begin? I honestly don’t really know…I guess I always admired exotic, eclectic looking women like Cher, Morticia Addams, Lily Munster, just to name my childhood icons, so when I started growing my talons as a teen, I just kept on going! Becoming a member of the Gothic community in my late teens just fueled the fire to be “different” and unique so the nails continued their long journey from the tips of my fingers.

First when they were “baby” nails of a mere 2-3 inches, they were admired and much more accepted but as the length continued, the crossover to the rude comments and questions, blatant stares and also fascination really kicked in. I have no problem with people asking honest, polite questions as I get that this is not your every day thing to see, but when people feel at ease with approaching someone who is a stranger to them and are nasty or insulting, it just speaks to their bad character, not mine, for simply choosing to modify my appearance in a way that has no effect on anyone but myself! And YES, I clean my nails daily so NO they are not unsanitary!

However, on the other hand (pun intended), I have met some great people and had some awesome opportunities because of being “The Nail Lady,” as Ripley’s dubbed me. I was paid to participate in the famous Coney Island Sideshow once as well as other alternative events, appeared in artistic nail publications, was on TV a few times and modeled for photographers who appreciate my “living sculptures”! So I’ve learned to take the objectionable with the accepted and continue to see how far my nails will take me…and will grow…. 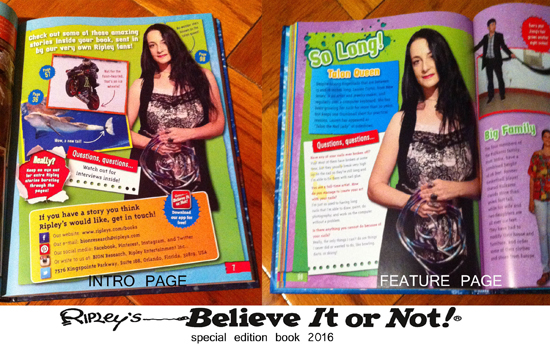 See All Posts by Lauren Curtis

In Lauren Curtis’ art, the symbolism and mythology of ancient cultures are fused with the symbols from modern-day , natural spiritual practices, to form a unique and eclectic style. She has had artwork and poetry published by greeting card and crafter companies, magazines, children’s books and historical organizations. Her work has been displayed in private collections, healthcare centers and galleries and was selected for a solo exhibit at Johnson & Johnson World Headquarters, July-August, 2009. She was a featured artist on the Science Channel‘s TV show Oddities (2011-2012), and was also featured on Germany’s TAFF TV (2015). Her artwork has been sold throughout the US and abroad and she exhibits monthly in gallery shows, art fests and cultural events. To keep updated on Lauren’s art schedule, please visit her website where you can also sign up for her email list.