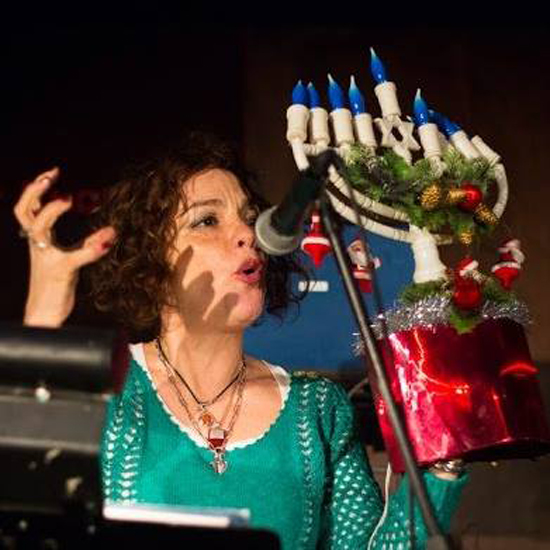 THE HATS OF CARMEN MOFONGO

I once was (and still consider myself) an Art Star, a card-carrying member of the NYC performance underground. From 1996 when I first learned about the now-defunct Lower East Side performance space Surf Reality, until its sister space Bowery Poetry Club finally closed its doors in 2012, I performed in upstairs art holes, down-below basements and black box theaters too numerous (and sometimes too torturous) to mention. I was in a sketch comedy group called “The Bondage Theater Players.” I witnessed flames shot out of vaginas and a Jack Daniels bottle picked up by an anus. As the performance artist and burlesque emcee Carmen Mofongo I hosted shows in a corset and g-string, and spanked people on (and off) stage with their choice of a riding crop, cooking spatula or 99-cent store chancleta (grandma slipper). Some of the above was considered quite outré at the time, if not downright WTF. But out of all of it, I think the best thing about that time were my hats. 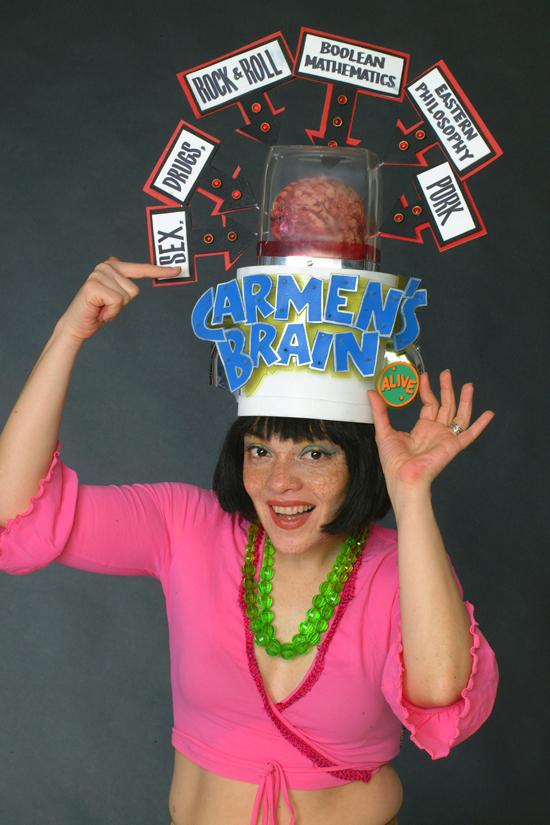 Oh those hats… created and constructed by my ex-husband, the artist known as Gothic Hangman, they were known far and wide (well, all over NYC anyway) for their extravagance, social commentary and “oh hell yeah.” There was the Holiday Hat with a combination of fully lit menorah and Christmas regalia; “Carmen’s Brain,” which featured a Halloween Adventure rubber brain under a clear dome with signs pointing to its content: Boolean Mathematics, Eastern Philosophy — and Pork. And there was one of the simplest (and one of my personal favorites), a functional bong that yes, was employed on stage. 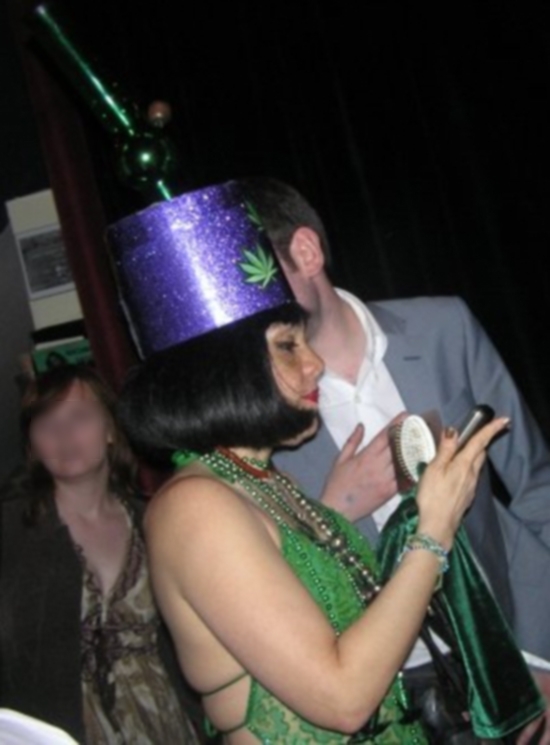 I carried myself differently when I wore them. I was a magnet for photographers and soon learned to expect being a center of attention wherever I performed/appeared, whether it was marching in (or judging) the Coney Island Mermaid Parade, a flash mob dance-a-thon with the Dance Liberation Front, or simply walking down Ludlow Street from one show to another. Those hats even got me featured by PBS in the documentary Latino Americans of NY & NJ. 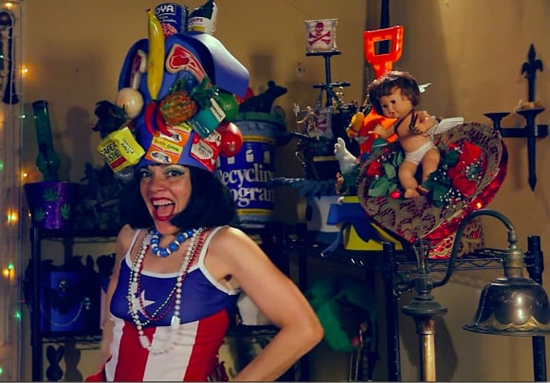 But like the first bloom of youth or the cycle of a neighborhood’s gentrification, certain things unfortunately come to an end. In 2013 I had to suddenly move from the apartment where I’d lived for 20 years, and packed those hats (I believe there were 21 or 22 at that point, in various stages of wearability) in three plastic trunks… where they remain unopened to this day.

I’ve done many other creative things since then: I became a storyteller, wrote a book, and still am a solo theatrical performer and sometime actor. And I still love to wear hats. Every now and then, I walk down the street and wonder why no one is noticing me, no one is taking pictures. But then I carry myself like I’m trailing a 30-foot extension cord with a fully lit menorah/Xmas extravaganza anyway. Those hats were a part of me, and who knows, the time is coming when I may just break open that trunk again, so stay tuned!

See All Posts by Michele Carlo

Michele Carlo is a native New Yorker, a Nuyorican, a natural redhead, and remembers when a slice of pizza (and the NYC subway) cost 75 cents. As a storyteller, she has performed across the U.S., including Joe’s Pub, RISK! live shows and podcast, and the MOTH’s Mainstage in NYC; and has appeared on NPR (Latino USA) and PBS (Latino Americans of NY & NJ, Stories from the Stage). She is also the author of the NYC-set memoir Fish Out of Agua: My life on neither side of the (subway) tracks. For more on Michele, click to her site here, and to listen to her podcast (“Showcasing the ‘stories behind the stories’ of artists we love...where those who were last are now first!”), tune in here.