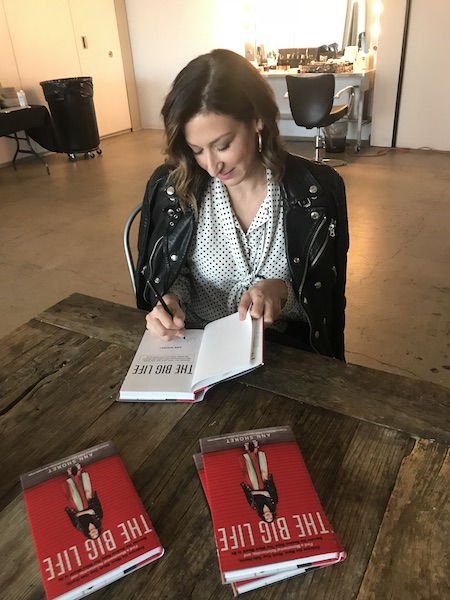 I was profoundly pregnant with my second child in two years when I fell in love. It was the kind of irrational, daydreaming-at-3 p.m., save-me-from-my-gray-day existence kind of love that is usually reserved for high-hormone teen girl crushes. But I fell in love with a jacket I saw in a magazine. It was the most perfect motorcycle jacket ever created, with bright zippers rippling through heavy, buttery black leather.

It’s the grown-up version of the stiff-as-a-board Schott leather moto jacket I coveted growing up in the suburbs of Philadelphia in the late 1980s, when I was imagining what it would be like to move to New York and become a writer. Those teen-age dreams are the most powerful promises you make to yourself to do something big in the world. And so I tore out the magazine page, tucked it under my work keyboard where I could see it every day and imagined what it would be like if that jacket was mine. It’s a delicious feeling to want what you cannot have — it never would have fit over my ever-expanding belly. Still, I imagined that jacket propped on my shoulders over a feminine dress and zipped up with a heavy fisherman sweater against a cool breeze.

I needed this jacket. My edge, which had been carefully honed by years in the ultra-competitive New York magazine world, was in danger of being blunted by pregnancy and new motherhood. Gone were the pencil skirts and tightly belted skinny sheath dresses that had become my signature. I was moving into earth-mother territory with long wavy locks, floaty tent-like dresses… and I hated every minute of it. I couldn’t wait to reclaim my pre-baby body and life. I didn’t want anyone to think I’d gone soft. I was not sliding into this next phase of my life with grace. I was charging ahead with grit.

It was months until I was finally able to get dressed like a human being and not a beach ball, and I was sure the jacket would be long gone. I stalked it online and at stores across the country. The thrill of the hunt gave it even more allure.

A lovely woman at a fancy boutique helped me track down one of the last remaining jackets — finally it was mine. I wore it with those feminine dresses and the heavy sweaters. I wore it for business meetings and speaking events. I wore it on Friday nights and Saturdays pushing a stroller. I am even wearing it on my book cover — the most public platform to tell the world who you are in a glance.

The jacket is not nostalgia for my teen-age dream — I am now that writer living in New York City. The jacket is a new promise to hold on to the spirit that keeps us young, hungry, ambitious and still aiming for something big in the world.

See All Posts by Ann Shoket

Ann Shoket is the author of The Big Life and former editor-in-chief of Seventeen.