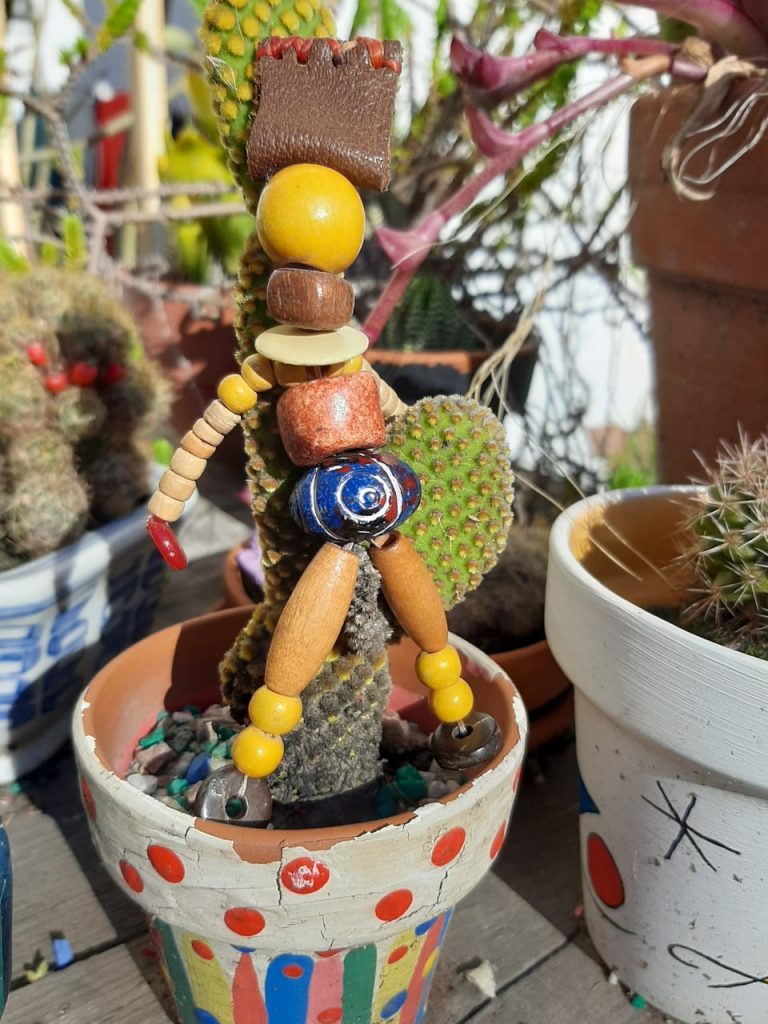 When this doll came into my hands a decade ago, I had already read the Russian folk tale, “Vasalisa” — which tells the story of a girl whose mother dies, leaving a little amulet doll that will take care of her and guide her when she is in need. I never imagined that I might have my own until Pao, my artisan friend, showed me a series of amulet dolls that she had made using the beads from a pile of necklaces. She called the dolls “Vasalisas.”

Pao was dedicated to giving objects a second life, by recombining materials and pieces of different garments. Leather from coats was attached to velvet from cushions and brocade from curtains and then converted into a backpack, for example. The objects that Pao manufactured had a plus: they kept the experience, the trajectory, the secrets of the previous lives of each of the objects to which these materials belonged to before.

Captivated by Pao’s dolls, I didn’t know which one to choose. The combinations of colored beads emulating pants, skirts, blouses, shoes and hats were all so cute. I wanted to have them all, but something told me that the protection power of an amulet lies in the fact that the object to which we decide to assign such capacity is one — and only one. The one I chose has a blue stone, which I imagine as a short and bulky skirt, and a flat bead on the neck like a scarf, which together with the hat, gives my Vasalisa doll an air of sophistication and elegance. Since then, I’ve carried it with me everywhere, always peeking out from the inner pocket of my bag.

In the story, the girl touches her doll in order to receive messages, for example, the best path through a forest. When I touch or look at my doll, though, instead of a feeling of protection I get one of connection. I feel certain that we human beings are connected to other human and non-human beings, living and non-living, even through invisible networks of exchange, solidarity and communication.

My Vasalisa has come to represent that conviction, which is something that I put into practice every time I get rid of objects or clothes by giving them to friends or strangers. These objects have more lives to live.

See All Posts by Ximena Tobi

Ximena Tobi cofounded Semiotica Studio in 2010, with Gabriela Pedranti. She lectures at the University of Buenos Aires — Argentina, currently focusing on the study of the connection between social networks and urban space. She also works as a sustainability consultant, focusing on the cultural dimension of environmental practices.