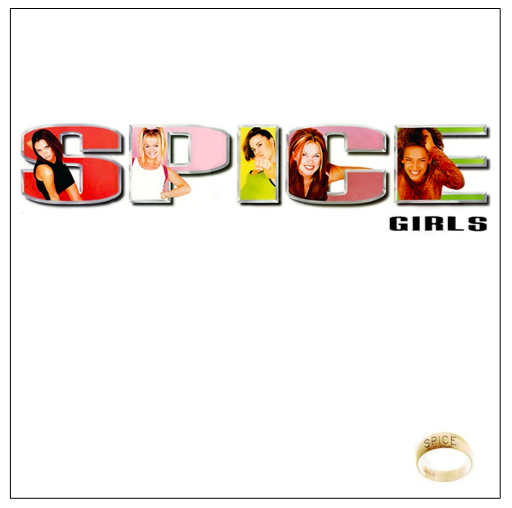 My first taste of Spice was on 9 July 1996 on a patch of British suburbia called Parkes Lane. I know this because I was a compulsive teenage diarist. The album itself didn’t come out until 19 September, so this would have been the advance release of “Wannabe,” the first single from the album. I was 14 and, according to the diary, walking to school when I spotted a girl I was a tiny bit in love with, listening to her personal stereo. “What are you listening to?” was my clever gambit. “The Spice Girls,” she said, airily, as if they weren’t the exciting, new, hot-off-the-press thing. “Oh,” I said, pretending to have heard of them. Despite this indelible musical experience being intended for her and not me, she was generous enough to give me an earpiece. What I heard — “make it last forever, friendship never ends” — struck me at first (sorry) as a tad banal but I still said “Yeah! Great!” Over the next few days, weeks and months, the album rolled unstoppably into local popular consciousness. Everyone was listening to it, avoiding it, cynically mocking while secretly loving it, whistling it while washing the car. The music, so glittery and rainbow-positive, didn’t take long to grow on me. It was the first time my younger sister and I had admitted to liking the same thing since Mr. Nanny. I liked the album with the exception of the revolting “Mama,” but the “Wannabe” video was my favourite part of the spicy gesamtkunstwerk thanks to, well, Mel B’s green tube top. I remember people saying the Spice Girls would be big because they came from the same musical production line as boyband Take That, but I don’t think anyone in 1996 knew quite how internationally mighty they’d become and how ridiculous it would seem that they’d need a boost from the likes of Take That. These days, at 35, I’m a fan of smart-arse bands like The Fall, but I don’t know their lyrics as well as I know the lyrics of that Spice Girls album. And on that confession, I’m off to kill myself.