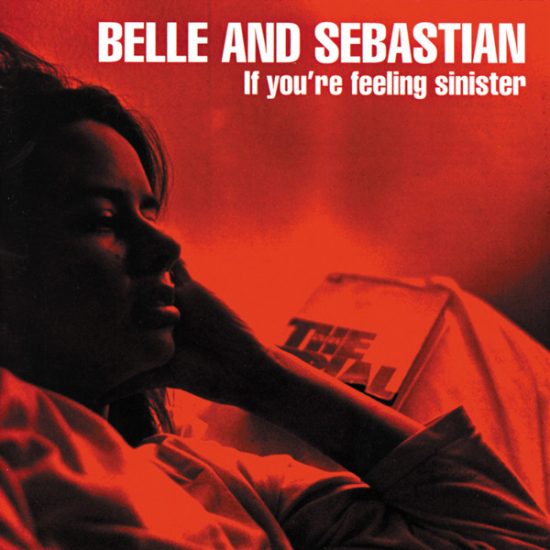 It didn’t look like the stuff of obsession. It was in a rack in the CD store, not far from BEATLES, and nothing about it came on strong. If anything, it came on weak. There was a girl, a copy of Kafka, and a wall, all filtered through a shade of red too pale to evoke either valentines or blood. Song titles read like chapters of an unpublished novel for clever teenagers. The whole suggestion was of public-school pretension, dormitory dreams, a Wes Anderson dollhouse without the boldness to be unabashedly what it was. (Wes would have made that red really red.) “Sinister”? They couldn’t mean it.

But they meant something. First song: “Stars of Track and Field.” Stuart Murdoch sounded so timorous, his whole face might have been shot with Novocain. Yet at some point the drums woke up, the tempo built, and there came a climax to grip your nerve center. If almost every song that followed was more or less forgettable, you tended to forget that fact, because the last song more than equaled the first. “Judy and the Dream of Horses” had Murdoch alone again, singing his coy, randy, private lines, his whimsical fillips about girls and boys and nature and books and the little quirks that make us love and obsess. And again, the beat quickened as the song began to chase something outside of itself, something you hadn’t seen coming. Brave and fixated, Murdoch pushed right through, holding to the song’s willowy vision until he found his beat, his release, his victory – and mine. Thank you, Stuart.

I’d heard enough: Belle and Sebastian were a rabbit hole, If You’re Feeling Sinister merely the opening. I dug back to their first album, followed the others as they came, and collected their absurdly abundant singles and EPs. So many lifetime finds: “Seymour Stein,” “Chickfactor,” “This is Just a Modern Rock Song,” “Photo Jenny,” dozens more. One discovered how tenacious and surprising these musicians were, with their protean arrangements, their mix of female and male voices, of pop and baroque, earnestness and silliness. And always, an addiction to momentum that unwrapped a song’s pretty packaging to reveal a gorgeous handmade gift.

As a new century began, they were at the center of my life.