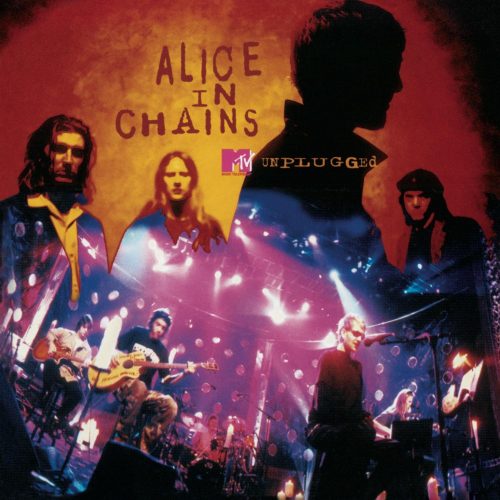 For Halloween one year, I draped chains over my flannel shirt. Halloween revelers got me wrong: “Are you the ghost of Jacob Marley?”

But why not both A Christmas Carol and grunge? I was the ghost of a ’90s band that specialized in pulling listeners into dark spaces of self-laceration and regret. To listen to Alice in Chains’ Unplugged album now is to listen to a ghost story. It was one of the last times that lead singer Layne Staley played in concert with the band before he died of a heroin overdose in 2001. Bassist Mike Starr had left the band because of his own addiction; he died of a prescription drug overdose in 2011. “I would have to say, this is the best show we’ve played in three years,” Staley says between songs. He was wraithlike by this point, yet he poured everything into his uncanny droning harmonies with guitarist Jerry Cantrell.

“Layne, it’s the only show we’ve played in three years.”

Metallica was in the audience, newly shorn of their metal locks for the Load tour. Mike Inez wrote a stern ’90s rebuke to metalheads past, present, and future in marker along the front of his bass: “Friends don’t let friends get Friends haircuts.”

“Nutshell,” the opening song on the album, finds Staley trapped in self-recrimination: “If I can’t be my own, I’d feel better dead.” The title is (probably unintentionally) a reminder of another ghost story. “I could be bounded in a nutshell, and count myself king of infinite space — were it not that I have bad dreams,” cries Hamlet.

These counterfactuals, warnings, and subjunctives — “I would have to say…” “I’d feel better dead…” “I could be bounded in a nutshell… were it not…” — point us to Unplugged’s devastating ghost story told in the subjunctive: “Would?” Cantrell wrote the song about Andrew Wood, the lead singer of Mother Love Bone who died of a heroin overdose. Inez’s bass sounds like a chain rumbling over the floorboards. “Have I gone?” Staley wails, “and left you here alone?”

Ghost stories exist in that liminal, bad-dream space of the subjunctive case: what would be or could have been. After the visit from the third ghost, Ebenezer Scrooge wakes up, terrified about what he has seen: “the shadows of the things that would have been, may be dispelled. They will be. I know they will!”

The ghosts ask us: what could be different? Staley draws out the pauses to show those possibilities that have been foreclosed. “If… I… would… could… you?”

See All Posts by Alice Boone

Alice Boone is the Woman's Board Fellow at the Art Institute of Chicago.