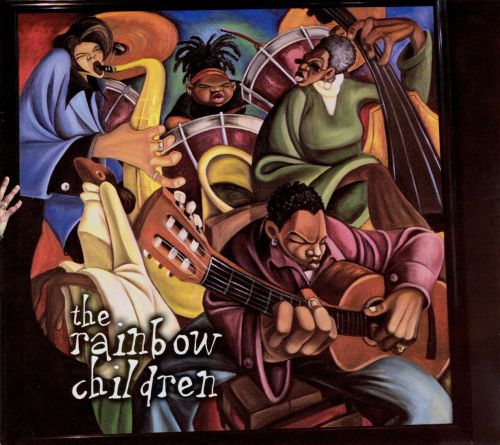 Not all enthusiasms can be shared. Upon hearing the Prince’s album The Rainbow Children on its release in 2001, I lobbied Mojo magazine to cover it.

“This is a major shift in his body of work,” I argued. “The music is experimental, organic and jazzy. The lyrics are an involved allegory fusing Jehovah Witness theology, paranoia and the break-up of his marriage.”

“No-one cares about Prince anymore,” said my contact at the magazine.

It remains a deeply problematic album. I fall in and out of love with it on every listen. Sometimes, I hate it.

In 2001, The Rainbow Children represented a clean musical break for Prince. His 1999 album Rave Un 2 The Joy Fantastic had been an album of awkward collaborations modelled after Santana’s hit “Supernatural.” After its commercial and artistic failure, Prince retreated into himself. Earlier in his career, Prince sped up his voice, using the horny androgoyny of his Camille persona to explore intimacy for “If I Was UR Girlfriend.” For Rainbow Children, his voice is slowed down and deep, he becomes a patriarchal preacher delivering a new scripture, a narrative allegory of chosen and banished ones, those who are in and those who are out, this or that.

Lyrically, this is an Appollonian work. It is controlling, angry and accusatory. It wants to establish a hierarchy — specifically “a theocratic order” — that determines man’s relation to God, and woman’s relation to man. In “Family Name,” it picks at racial and ethnic taxonomies, drawing comparison between the Jewish and Afro-American cultures. At one point Prince weighs up whether the Jewish holocaust is comparable in terms of suffering to slavery. The rainbow here is an image of defined bands of colour; in Prince’s allegory, it represents a pan-racial identity that would help “the so-called minority becomes a majority in the wink of an eye”.

Yet, while the lyrics set out an order, musically it is intricate, multi-layered and abundant, a great breaking forth after a period in which it felt like Prince had run out of ideas.

These tensions — musically open, lyrically controlling — are at play in the closing two tracks “The Everlasting Now” and “The Last December.” The music leads us in a gospel-infused coming together, against a backdrop of chants of “free at last”, even as Prince considers the limits of artistic freedom affording to black artists, noting how Sly Stone messages of integration didn’t save him when he changed the colours of the American flag for “There’s A Riot Goin On.”

The Rainbow Children was released a month before Prince’s second marriage to Manuela Testolini. Listening to the album as a narrative rather than as a statement, the arc moves from the division and recrimination of divorce toward a marriage with a new muse. The divisive sentiments of the first half of the album give way to possibilities of unity. The final lyric is an echoing call to come together as one. Apollo loosens his grip.