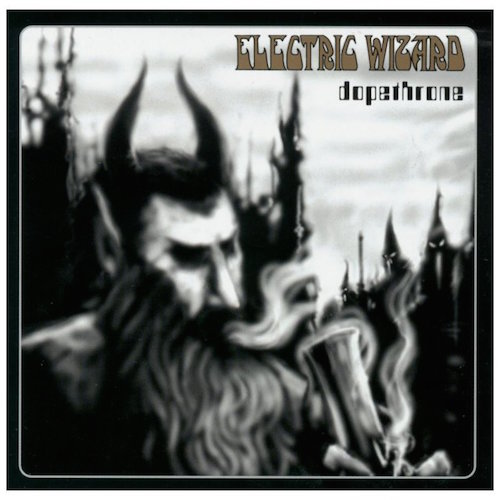 I was raised in Jersey in the ’80s when metal was about speeeeed. Master of Puppets! Reign in Blood! Our goddamned minds were blown, our skinny fists shook, we got carpal tunnel trying to downpick like James Hetfield. We were metal nerds and our heroes had the same shitty mullets we had! Our denim patches were their denim patches. It was the music we had been waiting for, that distorted crunch, the thump thump double bass drum, and satan satan satan. How could it get any heavier?

Well it took some time. First thing that happened was I left Jersey and it turns out there are other kinds of music. So thank you college for the Bad Brains, Fugazi, Sonic Youth, Pavement, VU, Billie Holiday, Tom Waits, and the goiter of musical snobbery. Nirvana also happened, which led to Melvins, and there it stopped so I could move to the city and listen to, what? Chemical Brothers? Flaming Lips? It’s not important. Point is, a friend at work one day said “Oh, you were into metal? Have you heard Electric Wizard?” I had not.

So the album cover of Dopethrone is black and white and blurry and shows Satan smoking a bong. With, I dunno, wispy hooded figures watching from afar, maybe? Which is, yes, perfect, except remember that now I’ve been to college and live in the big city and all the mullet photos have been burned, so yeah I’m an insufferable snob and this thing looks goofy. I mean, Slayer covers were scary — they took Satan seriously.

It was the second track, “Funeralopolis” that got me. Not at first though: the song starts out with a kind of lazy, clean riff with a little jammy noodling and even has some “Sweat Leaf”-style coughing and I’m thinking ho hum and then HOLY MOTHER OF GOD the full riff comes in and the veil was lifted. The riff was so sloooow I could feel my atoms vibrating. It was so fuzzed out and thick that only me and the mountain trolls could hear all the frequencies. I raised my skinny fists to the sky and could see the spaces in between the stars. And reader: I wasn’t even high.

See All Posts by David Hirmes

David Hirmes is a coder. He works for PBS during the day, and makes web art and other tinkerings at night. Current interests: Efficient wood stoves, doom metal, climate mitigation.