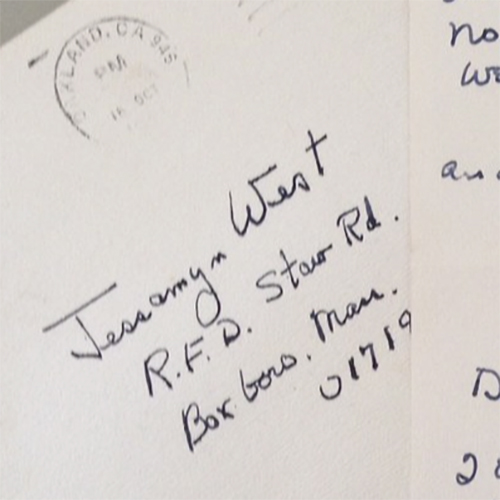 I am a big fan of the post office.

Many people enjoy our national access to low-cost mail delivery, and yet post office memes often include disgruntled and unstable workers, bureaucratic nightmares, or fear uncertainty and doubt from people who haven’t been inside a post office in years. I work in a public library so I get the image problem but I feel the post office is not just a good deal but also endlessly fascinating.

I grew up in a rural area, where my mailing address was just “RFD Stow Road.” RFD stands for Rural Free Delivery. While US cities had mail delivery as early as 1863, it was somewhat erratic since homes didn’t get mail slots until 1923. Before then, the mailman, always a man back then, would ring the bell, sometimes waiting for the owner to return. Since 65% of the US population was rural back then (17% now), getting mail to people in less-populated areas became a priority; rural areas got mail delivery in 1896.

Rural postal service was different. Post offices moved frequently and were often inside general stores or even people’s houses. You could get stamps or send packages by leaving money in your mailbox with a note. This still works in Vermont. Post offices numbers peaked in 1901 at 77,000; as people moved to urban areas, post offices began closing. My town of 4,500 has three post offices, one for each village, but only one is open full time. Here are some photos of Vermont post offices to give you an idea. In contrast here’s a twitter bot with images of every post office in the US. 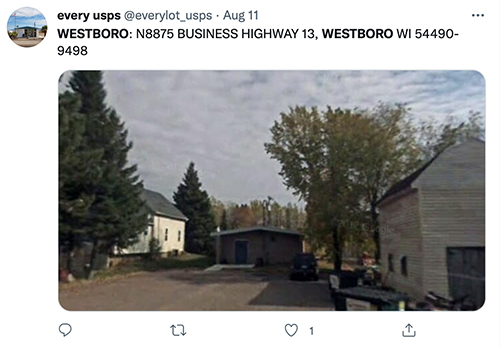 Postal work was solid government work. The post office was committed to equality when many places weren’t. It was seen as a good job for African American workers, and Black postal workers fought for better rights and better worker protections over time. A woman’s access to the mail at home had often been curtailed by her husband or father. No longer! Post offices had special windows for women in seventy-five cities so that women could get their own mail at the post office, as privately as they wished. 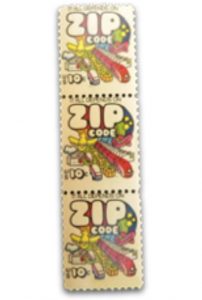 Big city post offices use interesting technology to move the mail. Some postal workers wore roller skates to move around more quickly. Until 1953, at least some mail was delivered via pneumatic tubes, with workers called rocketeers!

Some post offices were so small they served only a single person. Rudyard Kipling lived in Vermont for a while and received, at times, more mail than the entire city of Brattleboro. He applied for and was given his own post office—the Waite Vermont postmark is much sought after by philatelists to this day—from 1895 through 1897.

Zip codes were introduced in 1963 to enable more efficient mail routing. Approximately 7000 people share your zip code. While people make a big deal about the future solvency of the post office, it’s worth noting that the post office has not been funded by public money since 1982.

The post office is also surprisingly good at documenting its own good (and bad) history and they maintain a web page of postal facts. Stop by a post office, get yourself a sheet of Raven Story stamps, the first stamp designed by a Native American, and marvel that you can send a letter over 5,000 miles for just fifty-eight cents. I think you’ll become a fan of the post office too.