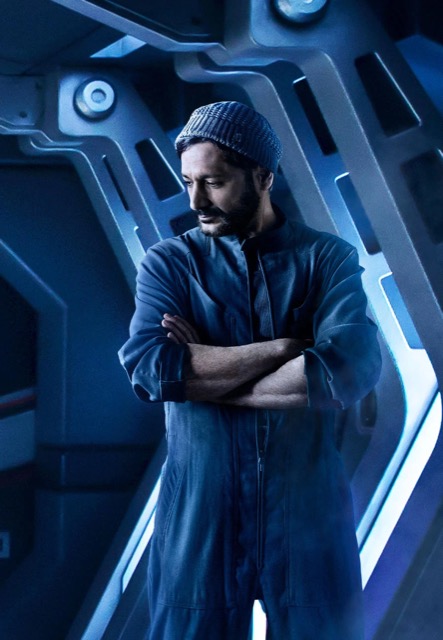 I mix up Star Trek and Star Wars. I’ve never been a sci-fi fan. But good storytelling transcends genres, and The Expanse, a space opera set in a not-too-distant future’s colonized solar system, pulled me into its world in a way that few television shows have. Binge-watching during the pandemic, I escaped to the richly built world and fell in love with the characters who populated it.

In a universe of compelling protagonists and overlapping storylines, the four crew members of the spaceship Rocinante provided the center of gravity: Jim Holden, the reluctant captain; Naomi Nagata, the genius engineer; Amos Burton, the recalcitrant mechanic; and Alex Kamal, the pilot with an affinity for cowboys. I watched this beloved foursome get through nail-biting adventures for 56 episodes. Then, in the season five finale, Alex abruptly died.

Alex’s death was not glorious; he was dispatched with little fanfare. The story focused on Naomi’s near-impossible escape from a ship rigged with explosives; she jumped into the expanse of outer space without oxygen, sacrificing herself to keep her friends from approaching. In an extraordinarily long and tense close-up of Naomi’s face, we saw her accept her fate and whisper an apology to a lover who couldn’t hear her as she spun into the starry void. I actually wailed through my tears while watching this. Then we saw Naomi jostle as her friend grabbed her. Alex had made a high-gravity maneuver and gotten Bobbie, a female friend of the crew, close enough to reach Naomi and bring her to safety. A wider shot showed Bobbie hugging Naomi. Then it cut to show Alex in the pilot chair, staring blankly ahead, with droplets of blood coming out of his nose and floating in the air. We never saw him again. It was revealed in a later scene that he had a stroke.

This disservice to an integral character would’ve pissed me off if I didn’t know that his death was written into the show because the actor who portrayed him, Cas Anvar, was fired for sexually harassing women. In 2020, the production company received over 30 allegations of sexual harassment and assault against Anvar, hired an independent firm to investigate, then announced that he would not be returning for the sixth and final season.

Fanboys typed up furious missives expounding on how killing off Alex ruined the show. While I hated to see Alex go, firing Anvar made sense. It felt fitting that Alex’s death was written in as part of Naomi’s character development. Although she needed his help in order to be rescued, the situation she’d put herself into — and the bravery and feats of engineering she executed — was the most badass thing that Naomi had done in the whole series, and she’d been a badass all along. Her survival was an incredible, moving feat. Alex’s death became a footnote in the story of a powerful woman’s triumphant achievement.

Nevertheless, the mere passing references to Alex after his anticlimactic death left me feeling unsettled by how quickly the show moved on. Is it right to do a character dirty because of the misdeeds of the actor? Should they have hired a different actor to take over the role, rather than kill him off?

But great storytelling has the power to lift you out of yourself. The sixth and final season of The Expanse delivered the same caliber of writing and care with the characters. I thrilled to the plot twists, drank in the character arcs, wrung my sweaty palms and jumped off the couch when I couldn’t take the suspense. I didn’t even think of Alex Kamal.

See All Posts by Bridget Bartolini

Bridget Bartolini is an oral historian, socially engaged artist, and creator of the Five Boro Story Project, where she produces free community events that bring New Yorkers together through sharing personal stories and art inspired by our neighborhoods. Check out her work at Five Boro Story Project and 34th Avenue Oral History.