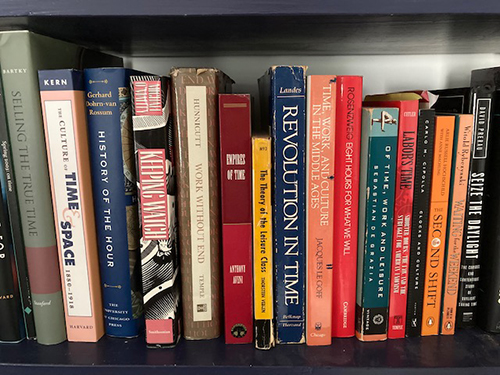 At age 18, I had a summer job as a security guard at a sleepy science museum, punching in and out on a timeclock. We rotated positions at the top of the hour, so it was literally my job to watch the clock. I felt trapped, not only surrounded by ancient dinosaur bones and fossils, but prey to the sinking realization that the rest of my life would be organized around work-time. Does life really have to be this way?

Since then, I have engaged in an ongoing amateur scholar’s study of the history of time—that is, the history of our society’s relationship to clock-time.

I’m fascinated, for example, by the labor movement’s successful efforts a century prior to the Depression, to reduce work hours. And also by the moment during the 1920-30’s, when it became clear that most of our material wants could be met with much less work. Yet instead of seeking to increase leisure time, politics and policy ensured that going forward we would produce and consume more.

Not to sound like a conspiracy nut, but government policy also controls our very experience of daylight. If you live on the eastern side of a time zone here in the United States, the sun rises and sets substantially earlier than if you live on the time zone’s western side. On the day I wrote this here in Boston, for example, the sun rose at 5:07 a.m., and set at 8:21 p.m. In Muskegon, Michigan, however, the sun rose at 6:04 p.m. and set at 9:25 p.m. We’re in the same time zone, yet the Muskegonites are frolicking outdoors after dinner for ages. After the the U.S. time zone boundaries were adopted in 1883 (drawn by a dogged railroad bureaucrat as a compromise between railroads’ existing time tables and Greenwich-based meridians), initiatives like the “More Daylight Club” based in Detroit successfully lobbied to switch most of Michigan from central to eastern to enjoy more hours of light at the end of the day.

As you might expect, I have opinions about Daylight Saving Time—another fascinating, arbitrary and contested history. While the introduction of Daylight Saving time is often attributed to WWI and II industry and energy efficiencies, it was a deeply controversial change lobbied for by golfers, gardeners, and department store magnates, and against by farmers. Daylight Saving Time was, and is, so unsettling because it reflects how far we are from living according to rhythms other than clock time.

I am fascinated by the stories of those who resisted clock-time and saw it as arbitrary and malleable, and simultaneously how clock-time was slowly infiltrating and taking over almost every aspect of life. While reading this history I feel both of these contradictory realities at once, and it’s kind of thrilling. So I check my watch to make sure I have time for some reading, and then get lost in the history again. 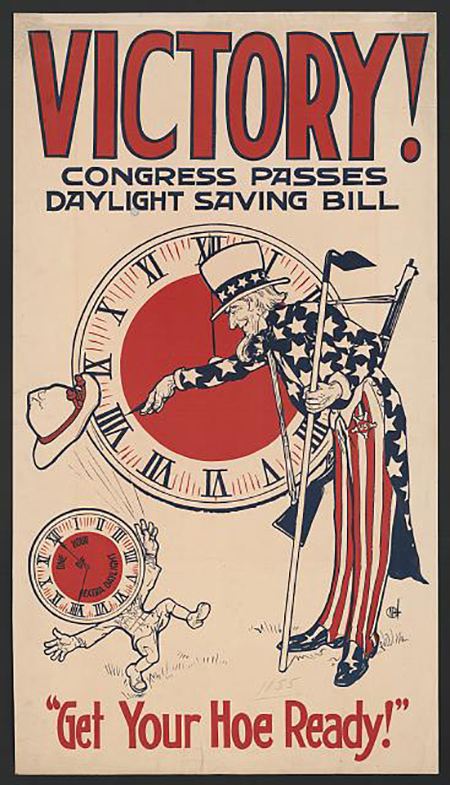 See All Posts by Susan Roe

Susan Roe is a project manager for a residential builder in Boston. She is an avid skier, hiker, and reader, and is a very infrequent writer.