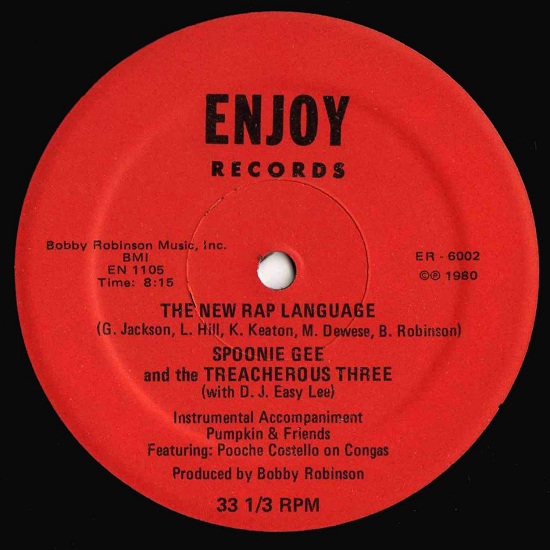 Ninth in a series of posts analyzing and celebrating old-school hip hop.

For MCs who bite
The fast-talking rhymes
They’re gonna feast
So get ready to eat
Moe Dee’s the originator
So you might as well starve
Cause you can’t catch this fast beat
(Hit it, Moe!)

Although it was a constituent element of “golden-age hip-hop,” uptempo rhyming has long been relegated to an infrequently heard subgenre and yoked with an artless term of art: “fast rap.” Dizzying scorchers like Big Daddy Kane’s “Raw,” Ultramagnetic MCs’ “Ain’t It Good to You,” Eric B. & Rakim’s “Lyrics of Fury,” Public Enemy’s “Bring the Noise,” Organized Konfusion’s “Releasing Hypnotical Gases,” and Percee P & Ekim’s “Lung-Collapsing Lyrics” became thin on the ground in the latter half of the ’90s, receding into an endless desert of blunted midtempo tracks that didn’t swing and went nowhere.

There was the occasional tremor. Big Pun’s scattershot flow pricked up golden-age ears in 1998. Bun B’s guest verse on Jay-Z’s “Big Pimpin’” stood out in 2000 for being in syncopated double-time. Underground MC/producer Edan released his canon-proposing mix Edan the DJ Presents Fast Rap in 2001. “Ghost Is Back,” the lead track on Ghostface Killah’s 2006 album More Fish, was an exhilarating fast-rap tribute over the instrumental of Eric B. & Rakim’s “Know the Ledge” (1992), its title echoing Kool G Rap’s similarly neck-snapping “Kool Is Back” from 1990.

“Fast rap” wouldn’t exist (and the golden age wouldn’t have benefited from its ear-grabbing urgency) if it weren’t for the innovations of old-school Harlem crew the Treacherous Three, led by a quiet, determined wordsmith named Kool Moe Dee. Moe formed the original Treacherous Three in 1978 with fellow Harlem MCs Spoonie Gee and LA Sunshine. Spoonie snuck off one day in 1979 and recorded the first example of “street” rap on wax, “Spoonin’ Rap,” which became a local neighborhood hit. His casual delivery distinguished his flow from the stentorian, crisply enunciated, radio-jock style most MCs used at the time.

If Spoonie was the “metropolitician of the microphone,” Moe was its mental politician — rap’s first intellectual. (His lifelong quasi-academic analysis of the art of rap resulted in the 2003 taxonomy There’s a God on the Mic: The True 50 Greatest MCs.) Inspired by a throwaway line Kid Creole of the Furious Five said onstage before passing the mic to Melle Mel, Moe invented his quadruple-time style while still in high school, impressing the lunchroom (and future Spoonie replacement Special K) one day over a cut from Herbie Hancock’s Head Hunters.

Spoonie’s uncle was Bobby Robinson, a longtime Harlem-based producer and record store owner whose Enjoy label became the conduit for some of the earliest rap records. When Bobby agreed to let his nephew record “Love Rap” for Enjoy, Spoonie brought his old crew to rock the flipside. Outside of Guinness Book of World Records oddities by Twista, there are few faster raps than “The New Rap Language,” with its relentless Gatling-gun flow—sixteenth-note syllables over eight minutes of funk. The live musical accompaniment (drums, bass, percussion) was the work of prodigious drummer/bandleader Pumpkin (and friends). It’s a virtuoso drumming performance — tighter than the Meters’ Zigaboo Modeliste (what isn’t?) but swinging hard in a simlarly loose fashion (the MCs are more metronomically on the one than Pumpkin). Spoonie manages to sound laid back even at this breakneck pace, but the Treacherous Three just kill it, working variations of Moe’s style with precision and force.

In the following year, Moe would demolish reigning Bronx party rapper Busy Bee in a torch-passing battle at Harlem World, his first couplet ushering in rap’s lyrical age — “Come on, Busy Bee I don’t mean to be bold / but put that ba-diddy-ba bullshit on hold.” The speed, syntax, and lyricism Moe demonstrated that fateful night began with “The New Rap Language.” We’ve been catching up ever since.