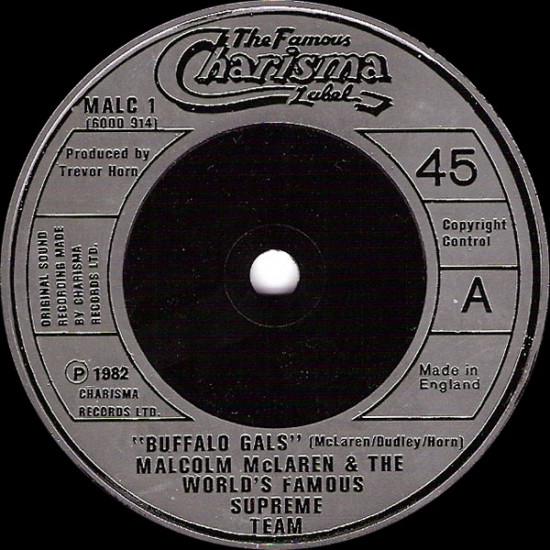 Sixteenth in a series of posts analyzing and celebrating old-school hip hop.

I stayed in the pool well after my skin began to wrinkle, hanging onto the side and watching the black kids breakdancing. They’d broken cardboard boxes apart, which they flattened and taped down to the concrete, yards away from the pool. The music playing from their boombox wasn’t disco — it was something more aggressive, the drums hard and insistent. But the lyrics were funny. When I got home, I kept singing to myself, “Round the outside, round the outside,” with images of the kids’ breaking in my mind. Street kids and “doh-si-doh” do your partner. What the hell was that?

I spent the summer of 1983, when I was 12, going to the 64th Street YMCA’s day camp. We often took short trips to a public pool upstate, near Bear Mountain, to swim. We were served soggy sandwiches wrapped in wax paper, rock-hard peaches, and little plastic containers of orange juice. The white kids were enthralled with “Synchronicity,” the Police’s new record — and Michael Jackson’s “Thriller” was still in the air — but the black kids played tapes by Grandmaster Flash and Cold Crush, as well as the two records I remember most: Run DMC’s “Sucker MC’s” and Malcolm McLaren’s “Buffalo Gals.”

There wasn’t anything like “Buffalo Gals” before, nor after. Though you could categorize it as an early sample record, in the vein of “Pump Up the Volume,” it’s really a novelty record, the brainchild of British trendsetter and former Sex Pistols manager Malcolm McLaren.

For McLaren, style was substance. After a trip to New York where he saw Afrika Bambaataa spin, McLaren co-opted New York’s hip hop scene for his next record — the dancing, record scratching, the fashion (all of which are on display in the “Buffalo Gals” video). He flew New York DJs The Supreme Team to London to provide scratches, and got Trevor Horn, a successful young British producer — he had been part of The Buggles, whose version of “Video Killed the Radio Star” was in 1981 the first video ever played on MTV — to make the record.

“Buffalo Gals” is a culture clash of stuff — samples of phone calls, breaks, a synth bass and pads, the catchy “duck, duck, duck” refrain, the title chorus taken from a Piute Pete record, the scratching: “Oh, that scratching is making me itch.” It sounds like a bunch of stuff cobbled together but it works — and for DJs it goes with other records, because there’s so much in it.

It’s a white record that had a lot in common with what was on MTV at the moment (which, apart from MJ and Herbie Hancock’s “Rockit” didn’t play black artists). Still, the street kids dug it and like Blondie’s “Rapture” it mashed together two different music scenes. I’ll never forget the image of young bodies twirling and spinning to McLaren’s happy pastiche of words and sounds.

See All Posts by Alex Belth

Alex Belth has run the NYC cultural site Bronx Banter since 2002. A contributor to SI.com, he also runs The Stacks, a living archive of classic sports writing for Deadspin.