We have suggested, elsewhere in this series, that pipe smokers are uniquely able to detect aliens living among us and attempting to control our minds; we have also suggested that pipe smokers are often (though not always) anti-fascist. Most recently, we dated the end of the pipe as something that belongs in every hilo hero’s utility belt to the year 1973 — when the pipe was suborned by the forces of Middlebrow and turned into kitsch.

Here’s another glimpse of the pipe at work, in the hands of a hilo hero — prior to 1973. That’s Jack Kirby, at a 1972 convention with inker Joe Sinnott. Thanks to Rob Steibel for sharing this photo with us! (Note that Sinnott dated the photo 1972, at some later date… but an expert has told Steibel that the photo was most likely taken in the mid-1970s.) Rob also directed us to the following Kirby photo:

Here’s what one might construe as a self-portrait, from the Kirby-illustrated story “It Fell From a Flying Saucer” (Tales to Astonish #31, May 1962).

Kirby here provides an antidote to what Matthew Battles suggests is a preponderance of cigarettes in midcentury comics. However, Rob Steibel claims that this shouldn’t be construed as a self-portrait: “Jack tended to draw himself as a blue-collar guy with a thick nose, short and stubby, that guy is more ivy league — Jack’s antithesis — Jack NEVER wore a hat like that… probably Jack just drawing an arrogant artist, I’d have to see the whole story for context.” It’s true that the artist in this story gets his comeuppance — after making himself king of the world. Hmmm… maybe Lee wrote the story (there’s no author credit) as a reminder to “King” Kirby to remember his place in the pecking order…

The following are actual self-portraits by Kirby, the first dating to WWII: 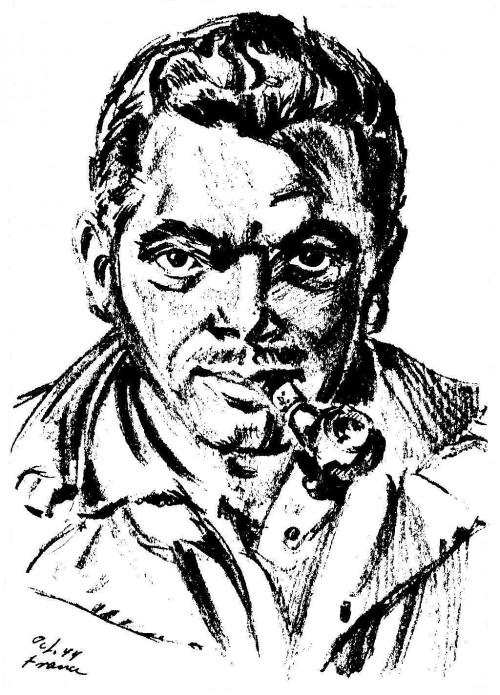 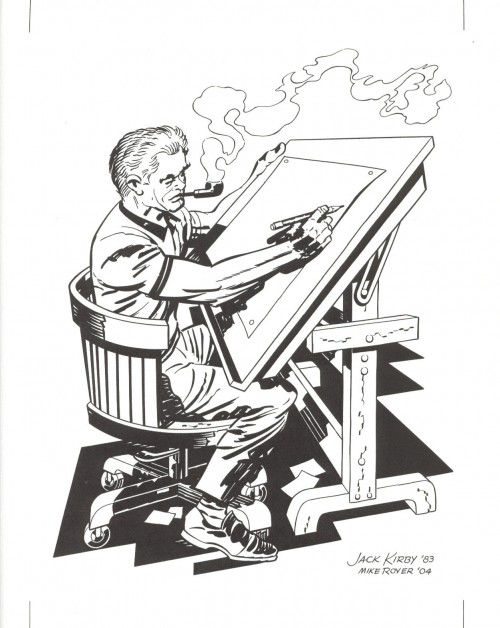