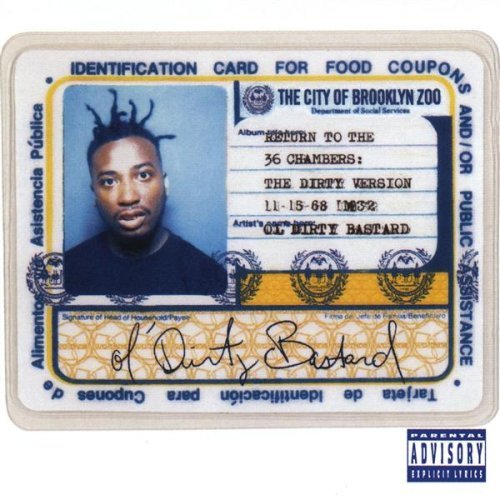 If OL’ DIRTY BASTARD’s (Russell Tyrone Jones, 1968-2004) madness was a tumor pressing on his genius and making it dance, it also caused him excruciating pain. His anguished, wailing stabs at song remain some of the most striking moments in popular music. If they were, sometimes regrettably, trotted out in unlikely duets with the likes of Mariah Carey and Macy Gray (on a cover of Elton John’s “Don’t Go Breaking My Heart”), the pathos of ODB’s attempts at self-expression were never fully smoothed away in post-production. And while the undistinguished middle would have liked nothing better than to co-opt ODB, no matter which bits they tried to lop, laugh, or buy off, something genuinely uncomfortable and very much broken always remained. This is why every parody you’ve ever seen of ODB ends up seeming like ODB was doing a parody of the parody in the first place — there’s no room for exaggeration. Ol’ Dirty Bastard was never meant for Viacom or Clear Channel; as he said himself, “Wu-Tang is for the children.”