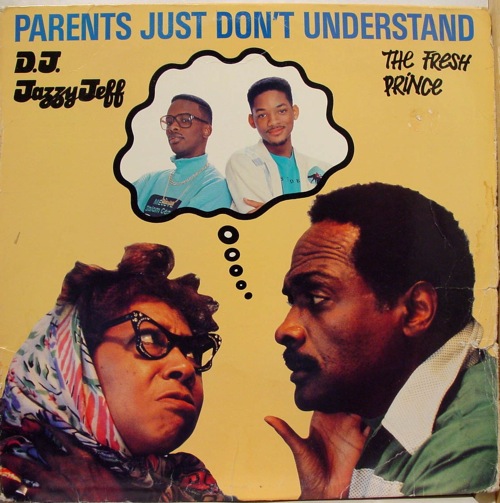 When we were adolescents, our moms weren’t too crazy about rap and hip-hop, which back then meant the Sugarhill Gang, Grandmaster Flash and the Furious Five, Kurtis Blow, and, er, Blondie’s “Rapture.” But because they were busy and permissive-ish single moms, they never actually prevented us from listening to it. (Elizabeth’s mom, who had four daughters between the ages of 10 and 16 at the time, focused all her censorship efforts on one pop album: Prince’s Dirty Mind.) All the same, they made a point of letting us know that they didn’t think much of music that glorified casual sex, drugs, or violence; music that denigrated women; or music featuring swear words.

Times have changed. Today, most of us are aware that rap and hip-hop are not unique among musical genres in sometimes celebrating sex, drugs, and violence, or denigrating women; and, conversely, that even the most brutal rap song might plausibly be interpreted as a confrontational act of artistic ventriloquism. So when our own kids started downloading rap songs, it was humbling to realize that we were squeamish about it for some very familiar reasons.

Our households enjoy hip-hop. Elizabeth’s husband, a former middle-school music teacher, raised eyebrows a few years ago by hitting “reply all” in a parent and friend’s group email discussion on his heated defense of Akon’s lyrics. Josh wouldn’t go quite so far — he’s tried to steer his kids away from Kanye and Jay-Z in the direction of old-skool hip-hop and alternative and indie stuff. And when he’s driving carpool, even that relatively innocent stuff is verboten. 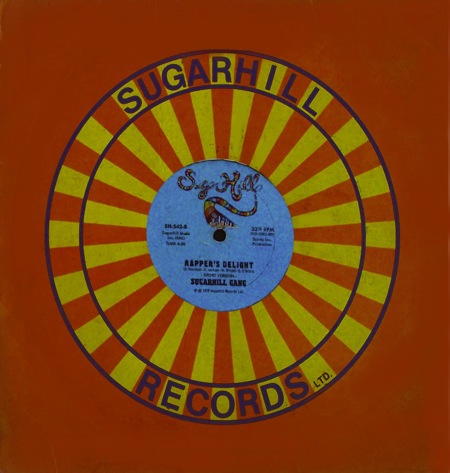 Why? Because in “Rapper’s Delight,” for example, which Josh used to play over the intercom for his middle school back in ’79, we hear Big Bank Hank speculating about whether Superman (a “fairy”) can satisfy Lois Lane with his little worm, then offering to bust Lois out with his super sperm. In L.L. Cool J’s “Milky Cereal,” a gay man is described as a Fruit Loop. Blackalicious’ “Alphabet Aerobics” and “Chemical Calisthenics” are perfect for kids — except for the N-word. And does Will Smith let his own kids listen to “Parents Just Don’t Understand,” in which a teen picks up a 12-year-old runaway who first tries to seduce him, then accuses him of rape?

We’ve engaged our kids in discussions about the messages in the medium. Afterward, they’ve gone ahead and listened to whatever they wanted — on their headphones, like we did at their age. We’re OK with that. But plenty of parents have banned hip-hop from their homes, which is a shame. So Josh went on a weeks-long quest in search of a playlist’s worth of clean hip-hop. Not radio-censored versions of “dirty” songs, nor hip-hop songs written for children (brrrr), but instead hip-hop tunes that are classics of the genre, yet clean enough for — gulp — Tipper Gore.

Here’s one such playlist, in no particular order, complete with talking points. If it’s heavily weighted to the 1980-90s, it’s because the idea is sharing music you love with your kids.

“Tennessee” (1992), by Arrested Development. At a time when gangsta rap was ascendant, Arrested Development, a group founded by MC Speech and DJ Headliner, wrote songs about peace, love, and spirituality. In this one, Speech reminisces about visiting the American South, and raps: “Now I see the importance of history/ Why people be in the mess that they be.”

“First in Flight” (2002), by Blackalicious. Known for their tongue-twisting lyrics, Blackalicious is a duo that includes MC Gift of Gab. Here, Gift of Gab sounds like Obi-Wan Kenobi when he raps, “No need to force the progression, just ride the wind/ You’ll know the answer to the Where and Why and When.” Parents might want to point out the guest vocals by Gil Scott-Heron, whose spoken-word performances in the 1970s were a key formative influence on hip-hop.

“Television, the Drug of the Nation” (1992), by the Disposable Heroes of Hiphoprisy. Your kids don’t agree that TV rots the brain? They’ll listen when Michael Franti raps, “TV is the reason/why less than 10 percent of our nation reads books daily/why most people think/Central America means Kansas, Socialism means un-American, and Apartheid is a new headache remedy.” The only question is: Are you ready for your kids to become militants?

“I Know You Got Soul” (1987), by Eric B. and Rakim. Rakim raps, “It’s a four-letter word when it’s heard, it control your body to dance …” But no need to dive for the volume control — the four-letter word to which he is referring is soul. During the so-called golden age of hip-hop (let’s call it 1984-93), DJ Eric B. and MC Rakim were regarded as the most talented combo around.

“120 Seconds” (1991), by Freestyle Fellowship. The four members of this pioneering jazz-rap group — Aceyalone, Myka 9, P.E.A.C.E., and Self Jupiter — became friends when they attended the same schools in Los Angeles. Their wordplay and pop-culture references are dizzying.

“Kick, Push” (2006), by Lupe Fiasco. This Grammy-nominated song is a love story about a skateboarder who tells the girl he loves that, “I would marry you/But I’m engaged to these aerials and varials/And I don’t think this board is strong enough to carry two.” What a sexist! His love interest, who turns out to be an even more experienced skater than he is, sets him straight.

“Monie in the Middle” (1990), by Monie Love. Via complex rhymes, a high school girl proclaims her right to decide what she wants out of a romantic relationship, and life. “I made my decision, precisely, precision is a must/ For me to solve another riddle/ Step into a brand-new rhythm, ism schisms/ Nope, I’m not with ’em.”

“Bridging the Gap” (2004), by Nas. Nas is widely considered to be one of the greatest rappers of all time. On this song, which features a guest appearance by his father, the jazz cornetist Olu Dara, he attempts to bridge the generation gap between rappers and older musicians.