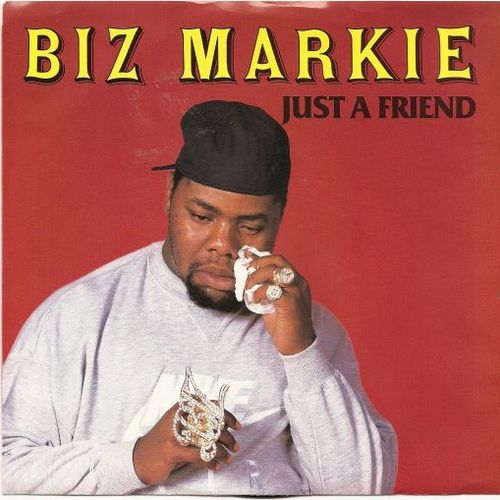 “OH BABY, YOU… YOU GOT WHAT I NEED!” Though his “Just a Friend” first hit the airwaves in 1989, to this day people love shouting along with BIZ MARKIE (Marcel Theo Hall, born 1964), the Clown Prince of Hip Hop. After getting his start beatboxing on Roxanne Shante’s “Def Fresh Crew” in 1986, and releasing his own debut single (“Make the Music With Your Mouth, Biz”) the same year, then cracking the Top 10 chart with “Just a Friend,” it seemed like Biz was on the rise. But then came the 1991 copyright case Grand Upright Music, Ltd v. Warner Bros. Records Inc., which found that Biz’s song “Alone Again” (from his album I Need a Haircut) had infringed upon singer/songwriter Gilbert O’Sullivan’s copyright by sampling from his song “Alone Again (Naturally).” The entire hip hop industry was affected by this ruling, and Biz in particular: his rep and sales were permanently damaged. These days, Biz’s extracurriculars are as eclectic as his beats: he’s appeared on the kid’s show Yo Gabba Gabba, parodied himself in Men in Black II, dropped weight on Celebrity Fit Club, and provided voiceovers for Adventure Time. He even partnered with LivingSocial in 2012 to teach a class on healthy cooking. Energetic, earnest, and ever so charming, Biz Markie is a warm-hearted reminder of just how fun hip hop used to be before violence, sex, and materialism changed the genre.

On his or her birthday, HiLobrow irregularly pays tribute to one of our high-, low-, no-, or hilobrow heroes. Also born this date: Edmund Husserl, Vivienne Westwood, Yip Harburg.