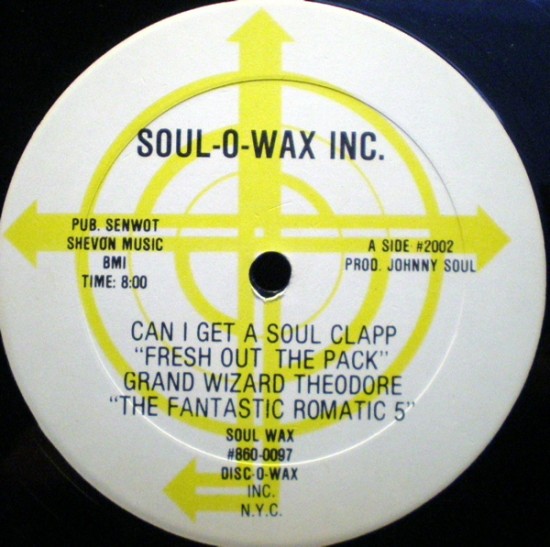 Eleventh in a series of posts analyzing and celebrating old-school hip hop.

Back when I was paid by the word to interview rappers and review their music and attempt to draw some deep meaning out of the release of Mobb Deep’s fifth album, it wasn’t difficult to write dispassionately about records. Now that I don’t do that any longer, I can only find the words to engage with music I love or hate. And as there’s enough disparagement of music out there, I’ve opted just to write about stuff I love now, whether that’s something released in 2013 or in 1981. Well, 1982 really. This song first emerged on cassette sometime in 1981, and it hurts me as a hip-hop fan that I never got to experience it live. What a night that must have been.

For me, this is the greatest piece of “disco rap” ever recorded (and with its relentless cowbells and jacking of KC & The Sunshine Band, let’s not quibble too much with that category), but unlike much of hip-hop — which generally fares better for being studio-bound — this is a track that revels in its live feel. It bottles the genie that was early hip-hop, it spans the gap between the block party era and the record label era. But it’s not an artifact — it’s a song that still has the depth and the power to make me close my eyes in ecstasy every time it reaches 0.33 and the Grand Wizard has recourse to his space age effects board for the first time.

It does all this with a classic structure for records of the time — the call and response, the constant turnover and interplay of MC’s. The churn of MC’s isn’t just on the record — some of the Fantastic Romantic 5 (which started out as the L Brothers) had jumped ship from The Coldcrush Brothers, feeling Theodore was a more solid bet. The line-up on “Soul Clapp” of Waterbed Kev, Dota Rock, Ruby Dee, Prince Whipper Whip and Master Rob deserved more than this one shot at immortality. Other than live tapes and their fleeting appearances in “Wild Style,” this is as good as it got for any of them. That said, Master Rob did later ally with Diamond D to form Ultimate Force and release “I’m Not Playin’” — giving him a second classic jam on his CV and leaving him as one of the few disco rappers to make any impact in hip-hop’s late ’80s Golden Age. And did Theodore invent scratching? For me, that pales into insignificance purely because he invented this 12”.

“Soul Clapp” also sets some other hip-hop tropes in stone — for example, in spelling Clap as Clapp and Romantic as Romatic, it clears the way for the long, impressive history of hip-hop label errors and incorrect spelling. The second black label pressing tries to correct this, but in doing so bills them as the Ronmatic Five. And that’s where we leave it — with the different pressings, the different spellings, the inevitable Tuff City re-release, the bootlegs, the reissues. Because those things, too, are the history of hip-hop, and “Can I Get a Soul Clapp” is hip-hop history condensed onto the back of a postage stamp. Eight minutes that tell you all you need to know. 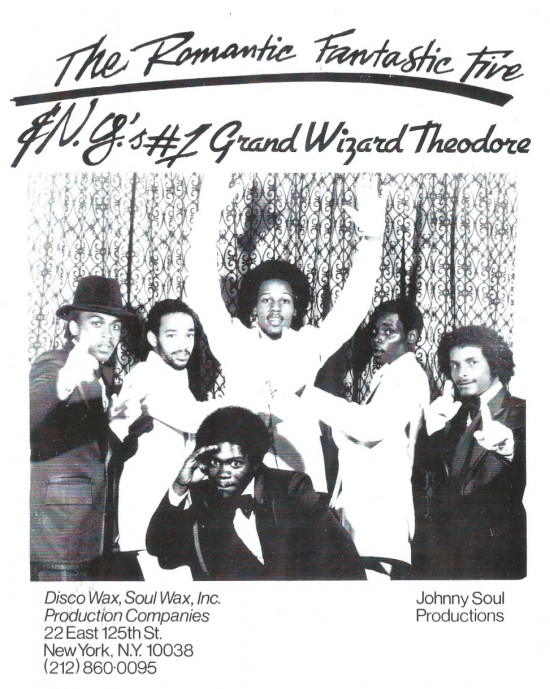 See All Posts by Drew Huge

Drew Huge was a founding publisher and editor of the satirical hip-hop magazine Fat Lace, the first in the world to put Eminem on its cover, and the only one to carry out a fake autopsy of The Notorious BIG. Under his pseudonym of Andrew Emery he was Contributing Editor to the magazine Hip-Hop Connection for many years. He is author of The Book of Hip-Hop Cover Art, and he is currently finishing his second book, Wiggers With Attitude.