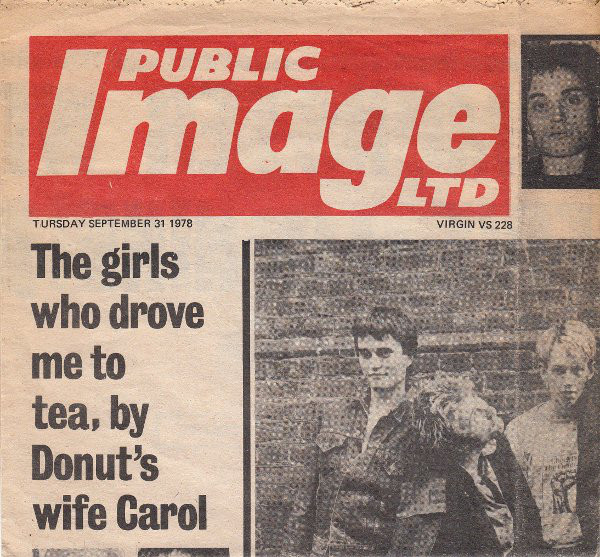 When “Johnny Rotten’s new record” arrived in record stores as an import, wrapped in a parody tabloid newspaper, sometime in the fall of 1978 (the paper is datelined September 31), no one knew what to expect. J. R.’s life made the newspapers in the UK at least weekly and sometimes daily then, as he walked away from the smoking wreckage of the Sex Pistols like an action hero from a plane crash, on his way to a new franchise installment. It could be epic, or it could be a monstrously prolonged fart. He and his crowd were not above releasing one-joke nuisance records, and this could have been one of them.

Instead, when we put the needle down on the 45, fresh from the store, we heard Jah Wobble start playing a two-chord bass riff, echt-punk, that was suddenly tipped and rebalanced by Jim Walker’s syncopated, reverberating drums — they were playing dub! And then, after Rotten/Lydon tested the mic (“Hello hello hello”), Keith Levene burst in with his guitar part, a concise phrase of echoing brightness, a perpetual-motion hook. You could hear all kinds of musical currents in that phrase: German bands like Can, Cluster, and Harmonia, or New Yorkers like Glenn Branca and Rhys Chatham, or for that matter Robert Fripp. It didn’t sound a thing like punk, and yet it sounded like the next step.

It didn’t matter what John Lydon was singing, and it sure doesn’t now — self-justifying tracts, however well-crafted, seldom survive their minute. His voice, on the other hand, is incantatory, as he economically uses his limited range to convey manic insistence. So you have that possessed muezzin atop the muscular dreaminess of the guitar, and that atop the widescreen dub/disco bottom supplied by the rhythm section. The song sounded like nothing else. We skanked to the bass and drums, but the guitar made us jump — it really made us want to fly, but you know gravity.

“Public Image” was unlike anything we’d heard, but it was like all the music we were listening to then compressed into a pill. Little on the subsequent album matched it — except maybe “Annalisa,” which is punk with a couple of extra syllables, making it like a cossack dance — but the Metal Box, which came out about a year later, is the deserved follow-up and the band’s apotheosis. (Once Wobble and Levene left and Lydon dragged his shifting skeleton crew into the arenas, all was lost.) “Public Image” was our anthem, for weeks, possibly months. On the flip is “The Cowboy Song,” which we only played once. 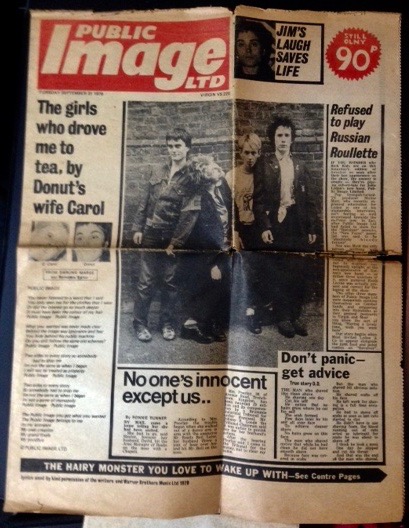