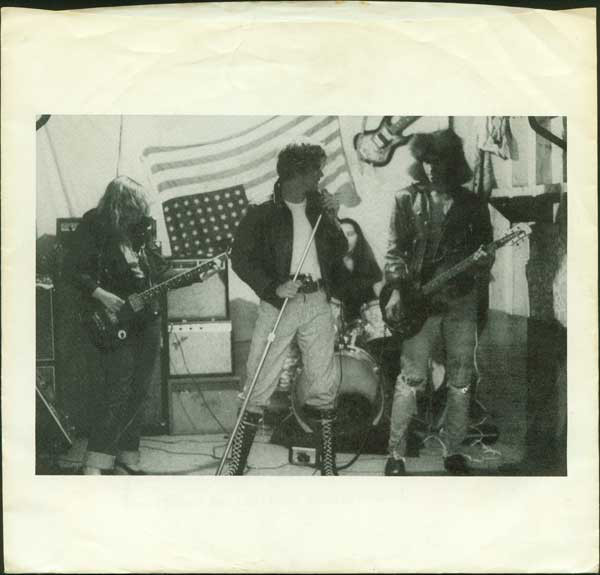 At the end of “Forming,” Darby Crash cries plaintively into the mic “ah they’re playin it all wrong the drums are too slow the bass is too fast the chords are all wrong he’s makin the ending too long. I quit.” From this distance, if you listen to it now – go do that – the irreducible fact about it is this: Darby Crash is a dead kid.

And dead kids, with their jarring spooky insistence on not being alive, are really loud. This is intentional, I think, part of the actual song, as Darby Crash’s suicide was, and to get anywhere near what this song meant to me in 1980 — a kid then myself — I had to first sit with that screechy haunting in my head for hours, then days.

My brother kept his records piled sleeveless in the drawers of his captain’s bed. Whenever he wasn’t there, I’d steal a few and play them, then toss them back into that unholy madness. If I bought a record of my own before I was twenty, I don’t recall it. This act of desecrating the secret trove of scratched-up records was the whole of my music process.

I wasn’t hearing it right.

I mean this in two ways. I barely recognize pitch. And I’d never know if the chords were all wrong or the drums were too slow and bass too fast. My ears legit can’t hear those niceties. But even more, I don’t feel what I other people seem to be feeling. Not, like, I am unmoved by music — but like I am moved in the wrong direction. I do not experience the mass swoon of the teeny bopper. Or the stirring drama of an unresolved 6th.

But even at fourteen, and even with those limitations, I could hear that the Germs are not using their instruments in the way in which those instruments were designed to make sounds. They appear to genuinely not know how to use them at all, except to make a riveting racket. A riveting racket which screams — yo, this shit is fucked up.

“Forming” is the first piece of music I ever heard right, I think. It sounds to me as it was meant to sound. Fucked up like a dead kid.