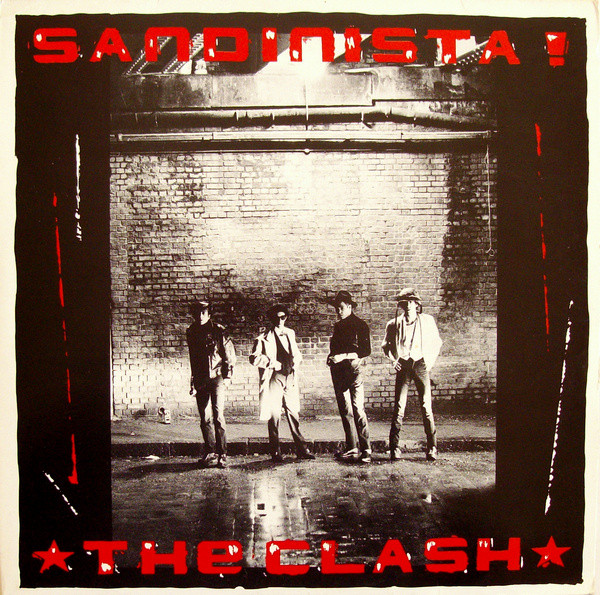 The Clash were like a lost army in search of a war zone. They wandered the barren Thatcher/Reagan era, cut off from the utopian passion of the 1960s, denied any alliance with the scorched-earth disaffection of most other punks, picking up what minimal instrumentation, rudimentary rhythm and scraps of pop melody they could along the way. By the time Joe Strummer took one faction with him for the essentially solo Cut the Crap in 1985, it was more like a single soldier hidden out in the wilderness, unaware of whether a war was still going on. But on “Washington Bullets,” the band saw through to just one day on which perhaps the arms could be laid down for good.

The song from whose chorus/chant the Sandinista! album took its name, “Washington Bullets” was that rare celebratory protest song, marking the successful overthrow of Nicaragua’s dictator by his own people in the absence of the typical military intervention by the U.S. As a 16-year-old at the dead end of the complacent 1970s, it was exhilarating to hear a revolutionary force, the Sandinista rebels, extolled in a pop song; this was punk in spirit even as the song itself was one signal of the band’s outgrowing of punk in sound. The true risk of relaying reality was the song’s other transgressive force; both the accurate accounting of America’s role in installing monstrous dictatorships in places like Chile, and the reminders of the “other” side’s imperialism like China’s already prolonged annexation of Tibet and the Soviet Union’s still-fresh occupation of Afghanistan. The idea of walking a direction independent of the bankrupt, bloody East/West divide appealed to my budding notions of individuality.

Of course, the undisturbed development of Nicaraguan democracy proved as ephemeral as a three-minute pop song, but the Clash expected that, and knew that the song, if not the place and moment, is something you can always come back to. “Washington Bullets” to begin with had a fragile, evanescent feel; its nursery-rhyme calypso cadence keeping a light touch and its noncommittal marimba groove not getting too excited too soon, the mild tropical vibe a placeholder for the ascendant Global South that Strummer and company were smart enough to foresee would and should succeed them. But it was a spark of hope to navigate by.

The U.S.-backed Contras slaughtered civil society and Daniel Ortega submerged to return transformed into pretty much everything the haters had said he was; America’s creation of and collusion with tyrants is now numb, common knowledge, a cynical talking point for isolationist demagogues like Trump and a faulty premise for traumatized apologists like Iraq-vet and Assad-sympathizer Tulsi Gabbard. But the beauty (and wisdom) of “Washington Bullets” is that it’s not triumphal, just thankful; an honest and open-hearted report from the first minute of the future. That clock can stop and start again for centuries, and, pending the revolution, it’s best to be only happy enough.