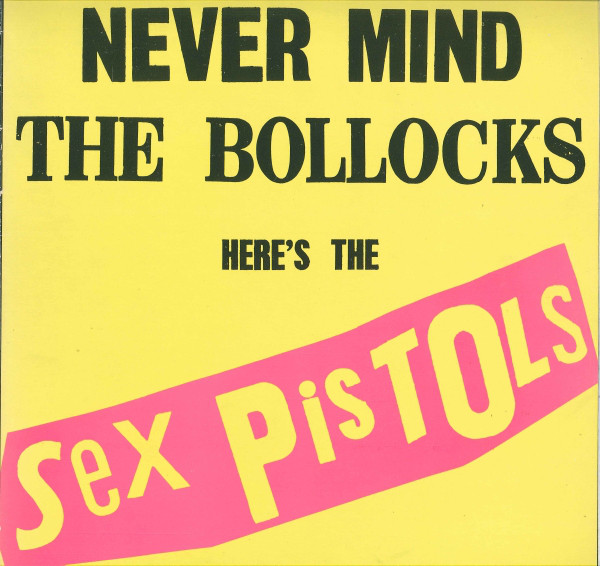 My first sight of Never Mind the Bollocks, Here’s the Sex Pistols was in 1977 at a mall in suburban Seattle – when “malls” still had “record stores” – the acrid pink cover throbbing with menace next to the other hot albums of the day: Rumours, Aja, Foreigner… even Bowie’s Heroes projected cool artiness, not open toxicity. Based on controversies the customers of that mall had never heard of, the store had dedicated an absurd amount of real estate to the Sex Pistols record. No one went near it, or if they did, it was with a furtive shuffle more suited to the porn end of the magazine rack. When I finally heard the record, it was with friends who mostly dismissed it as “headbanger stuff” – which, given that headbanger stuff was and would remain the core demographic of northwest music, was a withering dismissal, all the more from kids in junior high. We preferred My Aim Is True for our rebellion, thanks. We were not wrong and also total idiots.

The riff that starts “Problems” is righteously headbanging, and entirely authoritative. The playing is simple and stripped down, but also massive, barreling out of the gate like a noise tank. By the time Rotten opens his mouth, the music’s raised him to the equivalent of a papal balcony, and he delivers the sneering sermon. The lyrics crackle with arrant contempt – untempered by self-reflection or nuance (again, hello Elvis) – just Carthage-saltingly dismissive. The rhymes are less bombastic and less glib than Rotten/Lydon’s lyrics often are, and they’re funny. “Are you lonely all needs catered/you got your brains dehydrated” manages to be a clever lyric that mocks the idea of clever lyrics. “Eat your heart on a plastic tray/you don’t do what you want and you’ll fade away” could have come from a late-’60s Godard film, except never this tossed off, the critique just another thing no longer worth the time.

It’s not perfect. Jones’s guitar solo is 25 seconds of pointless flab, the whole thing is too long, and it’s clear that they’re in some way a broken band, plowing ahead while the momentum lasts (you can’t help imagine the record with the extra cylinder of Glen Matlock, instead of Jones double-tracking all the bass parts). “Problems”’ accusations of moral bankruptcy lack the high-hat provocations of “Anarchy in the UK,” but also skip the sacred-cow-stabs of misogyny and homophobia of “Bodies” or “New York.” Where those songs creak with aspirational transgression, “Problems” just thunders on — venomous and true, a fuck you for the ages.