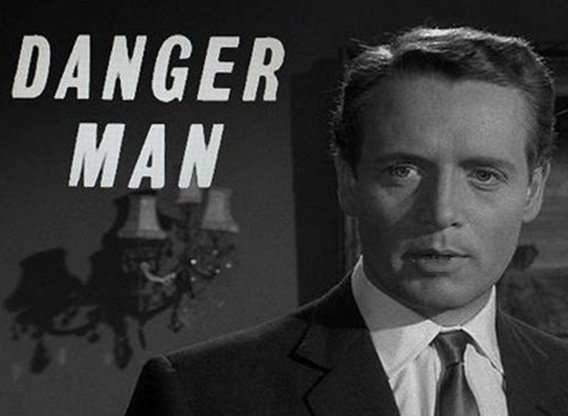 The first record I bought with my own money was Johnny Rivers’s “Secret Agent Man” (1965). It’s a great rock and roll song with a bit of country underpinning, and it never occurred to me that it imperfectly matched the tone of Secret Agent, which I considered my favorite TV show for years. Even The Prisoner, which also featured Patrick McGoohan, somehow failed to satisfy me quite as much. It was some time before I discovered that Secret Agent was really Danger Man, which had a different theme song and ran for twice as many seasons in the UK. Anyway, I thought the Rivers song matched well with that series’s running harpsichord leitmotif.

Seeing Danger Man again after more than half a century, I’m struck by how British and old-school it is; it seems an odd entry in the mid-’60s James Bond sweepstakes. In fact, Ian Fleming was an early consultant on the series, which made its debut in 1960, a few years before the spy fad really got going. The production values are very postwar, reminiscent of such UK crime films as the Ealing Studio’s 1950 The Blue Lamp, which is to say that it is talky, well-mannered, emotionally understated, and rather indoorsy. By the time the series was shown in the United States its producers realized that it needed to compete with Matt Helm and I Spy and The Man from U.N.C.L.E., so it set many episodes in colorful foreign locales, usually featuring extravagantly mustachioed local villains.

It’s a bit unclear how much actual filming occurred in those continental locales. An episode would typically open with an establishing shot, frequently of the harbor. John Drake (McGoohan) would be sent on assignment and assume an identity, usually as a bumbling, eccentric expat. Then, playing dumb, he would wheedle information out of the suspects for roughly half an hour, as the location shifted from bungalow to taverna to warehouse. He would drop the mask somewhere around the 40-minute mark, and then the story would come to a climax with a five- or ten-minute action sequence, which would resolve the plot.

Drake is always low-key and understated, although he is given to arguments with his superiors. While he clearly appreciates his female co-stars, he refrains from making passes. His affect suggests a considerable amount of ratiocination, but it is never depicted, only accounted for in retrospect. All the surface chatter and suggested strategy work up to the action sequence, in which Drake might cling to a narrow ledge or engage in a car chase or shimmy up or down on a rope — but then it’s over, and all that remains is to reassure bystanders and see the guilty parties off to prison. The series’ hallmarks are concision and weighted small talk. Somehow these — along with the allure of those exotic locales — spoke to me intensely when I was eleven.