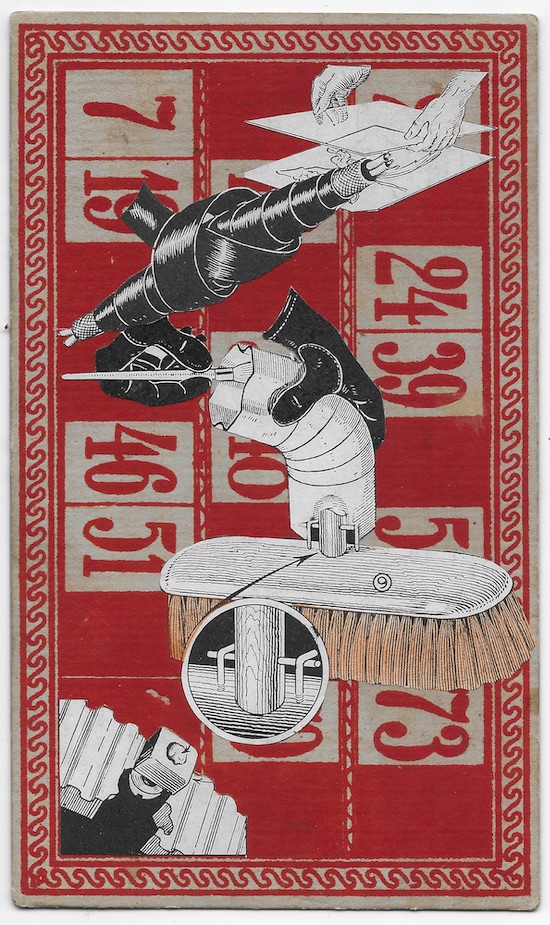 In early March, just before the pandemic truly hit, I went to Tulsa for a job, and while there visited the flea market, which I try to do everywhere I go. The pickings were fairly slim, but I did buy a magazine called Home Kinks, because I knew the title would make everybody laugh. It was a compendium of what now gets called “life hacks,” published by Popular Mechanics in the late 1940s. When I started flipping through it, I was astounded by the quality of the technical illustrations. They were precise, perfectly judged, with just enough detail, a work of deep craftsmanship. When I started cutting them out they immediately began recombining — they in effect coerced me into making another kind of pastiche, an homage to the mechanical erotica of Francis Picabia’s early paintings. I was merely the vessel for their dirty impulses.