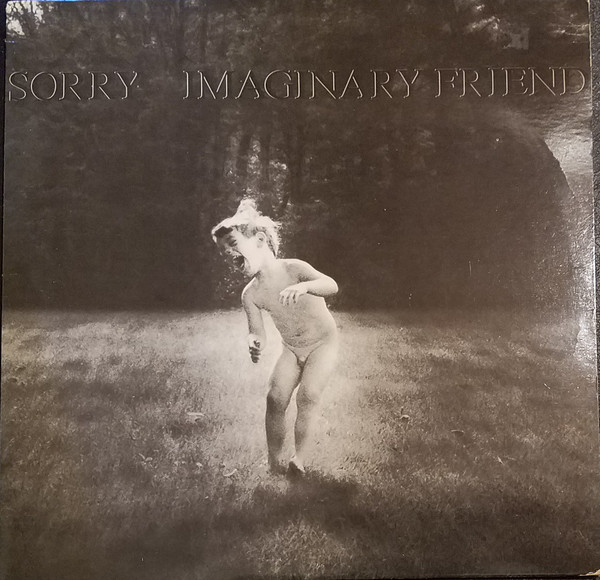 Some acts find the fans they deserve; others don’t. Some people find friends they need; others don’t. Some fit neatly into social and aesthetic categories; others are always, no matter how hard they work, on the outside. That hard work, and the bitterness that ensues, and the uneasy, inward-turning energy that comes of feeling like the outsider’s outsider, too much for one crew and not enough for another, blaming yourself for what others can’t do, might strike you as alien to punk and hardcore, rock genres that direct their anger outward, to society’s manifest faults. You might think that self-reproach isn’t a punk rock emotion: you might think that hugging your worst aspects close, escaping into unstable fantasies that someone who doesn’t exist might someday like you, would not fit a punk, or a hardcore, song.

If that’s what you think you haven’t heard Sorry. Tied to the loud (and overwhelmingly male) Boston postpunk scene that launched Mission of Burma, Sorry were captained by the charismatic, throaty vocalist Jon Easley, whose habit of constant apologies apparently provided the name for the band. Easley’s biracial (black and white) heritage provided topics for songwriting (“Don’t Assume”). Like Chuck Hahn (bass) and Dave Kleiler (guitar), he had yet to graduate from Brookline High. Manager Patrick Amory (who ran the rock department at Harvard’s radio station) and friend of the band Gerard Cosloy provided connections, publicity, gigs. The instability that follows high school life broke the band up after two albums: Imaginary Friend, on the otherwise forgotten Radiobeat Records, and The Way It Is, on Cosloy’s label Homestead. Cosloy, and Amory, went on to run Matador Records; Kleiler and Hahn joined the wonderful Volcano Suns. Easley’s deep voice and high energy anchored the NYC indie band Crown Heights: he died in 1998, just after that band’s only album came out, far too soon to hear his singing echoed in the Hold Steady’s Craig Finn.

But when Sorry recorded the title track for Imaginary Friend, all that was far in the future: too far to contemplate, especially if you’re not yet 18, and you feel like the only person who gets you isn’t real. “This song is about a friend of mine, named Wilson,” Easley’s spoken word intro begins. “I made Wilson up one day when I was feeling all alone.” He’s mocking himself. He’s inviting us to mock him too. The track sounds live, whether or not it is, and it’s a bit of a shock to remember that Sorry were playing out two decades before Tom Hanks made another friend out of a volleyball, two years before Rites of Spring made crying at punk shows cool. “He’s my imaginary friend, he’s my friend and not yours — he’ll never let me, down, down, down, down,” the chorus unspools, as Kleiler and Hahn fall apart and come together, wringing not-quite-punk, not-quite-blues dissonance out of their instruments, as if a tonic chord would never arrive.

I’ve read that Easley looked up to the Calpunk band Flipper, whose moan-and-groan peeled paint off a thousand dorm-room walls. But Flipper seemed to do it for the lulz (as we say now). Sorry were personal: they meant it, never more so than on this tangled-up tour de force. “Imaginary Friend” stops and starts, leaving room to spit and complain, as if it led into conventional 4/4 frenzy. Maybe, at live shows, it did. But the song as recorded just writhes till it stops, as Easley and company act out their frustrated isolation: surrounded by bandmates, by a whole hardcore scene, they can still feel alone.